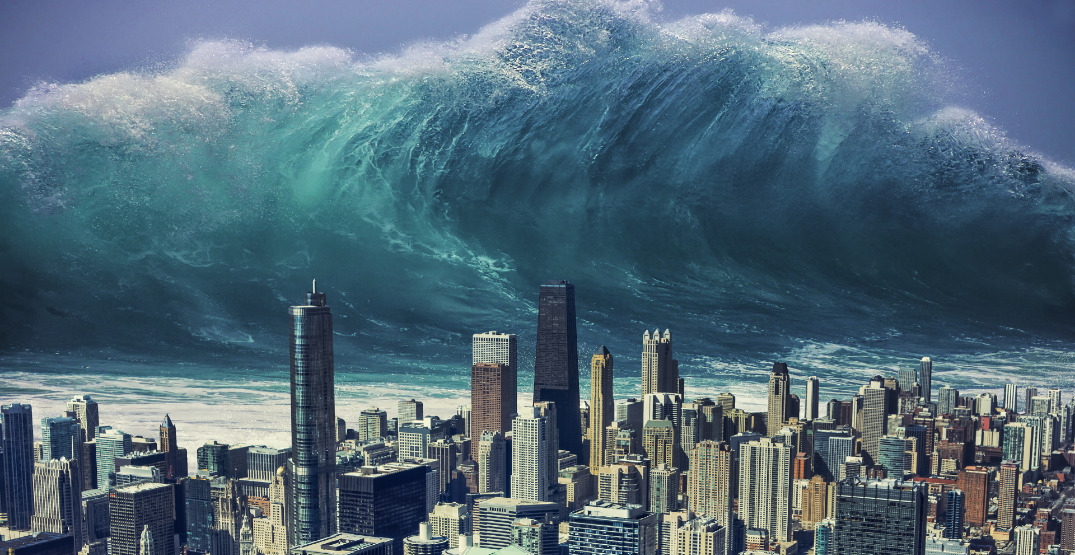 April 10 to 16 is Tsunami Preparedness Week in BC, and with the coast being an active area for earthquakes, it’s also good to know what to do in a worst-case scenario for Vancouver.

According to the BC government’s tsunami preparedness website, tsunamis are caused by large earthquakes undersea. These undersea earthquakes can potentially cause large waves.

It could take hours for waves to hit the shore if the earthquake took place at a far distance, but more significant earthquakes can cause waves that arrive in minutes.

If you’re near the coast during a potentially catastrophic quake, it is recommended that you move to higher ground immediately, at least 20 metres above sea level. This is particularly important if you live somewhere that doesn’t have evacuation maps, plans or cell service.

If you do live somewhere with evacuation plans, it is recommended that you move to higher ground and follow the designated evacuation route, while following all instructions provided by local officials.

Staying on higher ground is recommended until the local authority delivers an all-clear, as tsunami waves can last for hours.

It might seem like common sense, but the preparedness guide states to never go to the beach to watch the waves.

“A tsunami can move faster than you can run.”

The west coast divides into five different tsunami notification zones. It’s important to know what zone you’re in to be prepared in the event a warning or advisory is issued.

In the event of a tsunami, warnings will be broadcast through TV, radio and mobile devices that are compatible with Alert Ready.

While Vancouver has been lucky enough to steer clear of the “big one” so far, it’s only a matter of time before this information will come in handy.