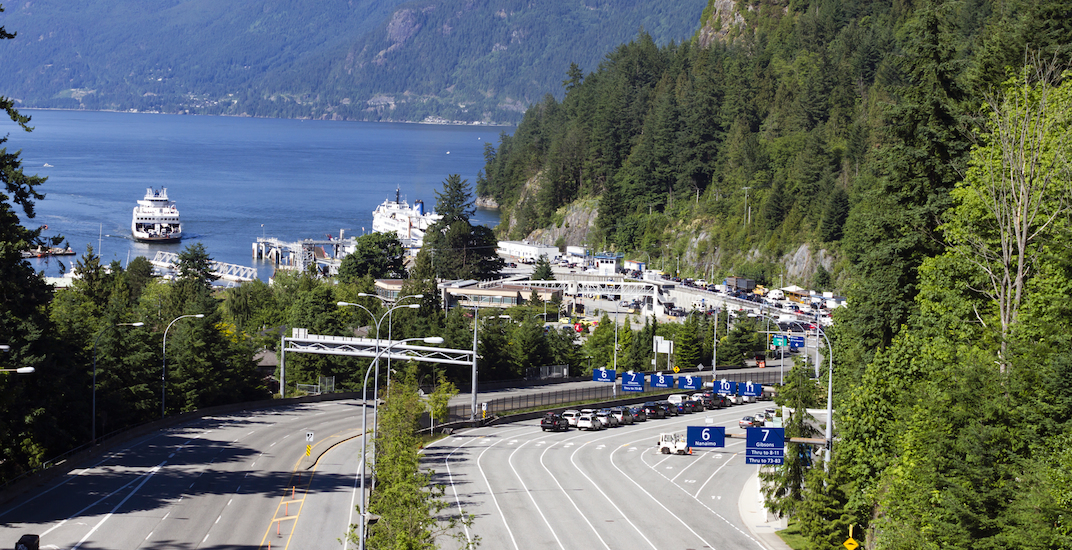 The federal government’s Natural Resources Canada department has installed the first of hundreds of new sensors for the National Earthquake Warning System at Horseshoe Bay in West Vancouver.

The system will provide seconds to tens of seconds of advance warning before the ground starts to strongly shake, which will help reduce injuries, deaths, and loss of property.

Alerts will be generated for operators of critical infrastructure, industry, and the public, such as triggering trains to slow down, stopping traffic from driving onto bridges or into tunnels, diverting incoming air traffic, allowing surgeons to stop surgery, closing gas valves, and opening fire hall and ambulance bay doors.

For BC Ferries’ terminal at Horseshoe Bay, for instance, the new sensor provides ferry terminal operators with potentially some time to conduct evacuations or halt the boarding and loading process of vehicles.

“Earthquake preparedness is an important part of our emergency response planning, given the critical role BC Ferries would play to connect communities along coastal British Columbia following a major earthquake,” said Mark Collins, president and CEO of BC Ferries, in a statement.

“Being selected as the first early warning site for the national system echoes our commitment to safety, and we look forward to expanding the system at other strategic terminal locations along coastal British Columbia.”

The network with hundreds of sensors will be fully online by 2024, which will provide over 10 million people in the country’s most earthquake-prone regions with early warning alerts. The federal government first committed to the project in 2019 by providing $151 million over five years, along with $9.2 million in ongoing support for the strategy.

“Being situated in the most earthquake-prone area of Canada, coastal British Columbians know that earthquake preparedness will save lives, protect key infrastructure systems, and reduce property damage,” said Patrick Weiler, MP for the riding of West Vancouver-Sunshine Coast-Sea to Sky Country.

“The installation of an earthquake sensor here in Horseshoe Bay will provide a critical early warning site for coastal British Columbia. Our government will continue to invest in emergency preparedness initiatives like the Earthquake Early Warning system to better protect Canadians and communities across the country from natural hazards.”

In 2017, an engineer deemed that the ferry terminals of Horseshoe Bay, Tsawwassen, Duke Point, and Departure Bay would be severely damaged or even destroyed in the event of a major earthquake.

Prior to the pandemic, BC Ferries was planning a complete overhaul of the Horseshoe Bay terminal with a new terminal building to provide drastically improved passenger amenities and capacity, an overhaul of vehicle loading areas and road connections, establishing a multi-modal transportation hub, and new berths. In the process, the project, then estimated to cost about $250 million, would also provide the terminal with much-needed seismic upgrades.

Within BC, advance earthquake warning sensors already exist for some critical infrastructure and schools.

For example, in 2018, SkyTrain Canada Line’s control room at the Bridgeport operations and maintenance centre was linked to the University of Victoria’s Ocean Networks Canada’s earthquake early warning sensors, installed onto the ocean floor off the west coast of Vancouver Island. This means Transmitted data from the sensors can provide a major earthquake warning of between 20 and 120 seconds, allowing trains to come to a safe halt before the ground begins to shake or stop at the nearest station.

And in 2020, due to the high degree of deterioration of the existing Pattullo Bridge, an advance warning sensor for earthquake and high wind events was installed on the structure. Advance warning lights and digital bridge closure signs will alert drivers of an immediate bridge closure, and traffic control gates at the entrances to the bridge will block vehicles from entering the structure. A new four-lane bridge currently under construction will open in 2024 to replace the existing 1937-built structure.