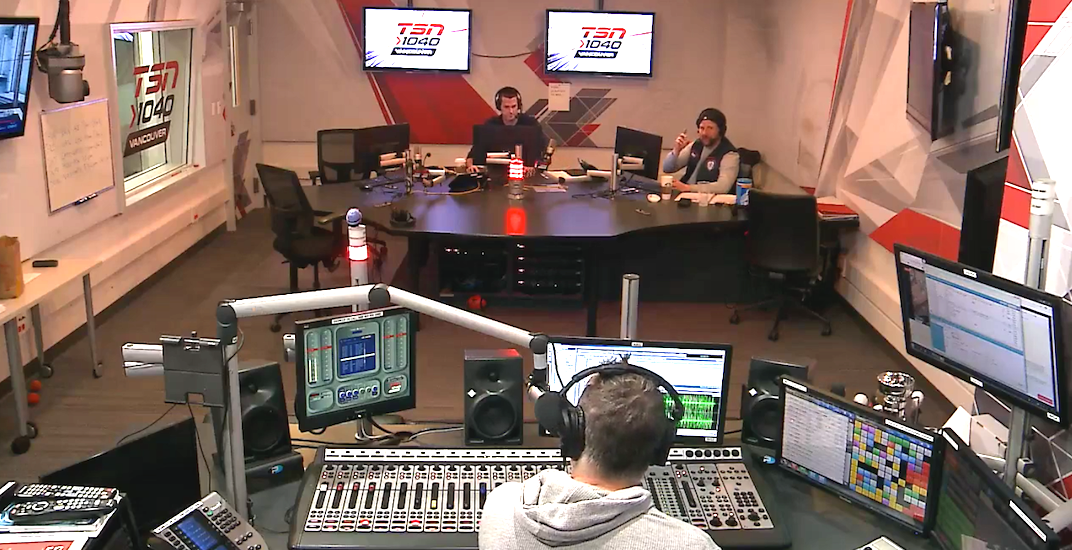 Vancouver’s original all-sports radio station is the latest victim of Bell Media cuts. TSN 1040’s social media accounts are no longer in operation, and the station is now playing music on a loop.

The first three hours of the Halford and Brough Show aired this morning, with listeners saying that programming was interrupted at about 9 am.

“We have some news to share today about changes to our programming. CKST 1040 AM will no longer be a sports talk radio station,” reads a statement on the TSN 1040 website.

“It was a difficult decision, but the realities of the quickly evolving broadcast media landscape in Canada have made this change unavoidable.”

TSN’s all-sports radio stations in Winnipeg (TSN 1290) and Hamilton (1150) have also been shut down.

Bell Media has laid off over 200 employees this week, including Dan O’Toole, Natasha Staniszewski, Kristian Jack, and Brent Wallace on the television side.

TSN and Sportsnet have been in a radio war in Vancouver since 2017, when Sportsnet 650 entered the marketplace. While TSN 1040 had maintained better ratings than 650 over the years, clearly Sportsnet split listenership to some degree.

been an incredible run. Will have more to say later 🎤

“We want to thank our on-air personalities, advertising partners and sponsors, and everyone who has contributed to this station,” TSN’s statement continues. “But especially we want to thank our listeners. Our work here at TSN 1040 was driven by our passion to bring you the very best sports, news and discussion. We sincerely appreciate the time you have spent with us.”

“Thank you again for your loyalty over the years.”