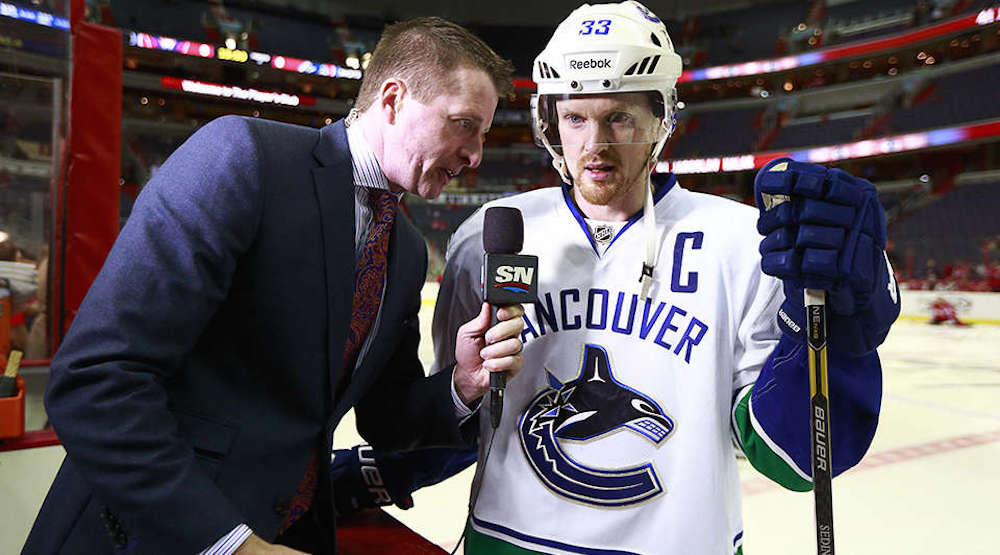 Rogers Media has acquired CISL 650 from Newcap Inc. and will rebrand it as Sportsnet 650 in the fall.

The purchase, which is subject to approval from the CRTC, is expected to close this summer.

“We are excited to build upon our strong radio brands in the Vancouver market,” said Julie Adam, Senior Vice President of Radio, Rogers Media. “With Vancouver being such a passionate sports town, there is a strong appetite for all-sports radio that delivers engaging conversation, wide-ranging opinion, and top-tier live sports content.”

Sportsnet 650 is the third all-sports radio station owned by Rogers in Canada, joining Sportsnet 590 The FAN in Toronto, and Sportsnet 960 The FAN in Calgary.

This is a move that has been expected ever since Rogers signed a five-year radio broadcasting rights deal with the Canucks back in March.

Apart from broadcasting every Canucks game, Sportsnet 650 will be the home for the Rogers-owned Toronto Blue Jays and MLB postseason games.

“Vancouver has an incredibly loyal fan base, and this is a natural fit to expand our Sportsnet offering,” said Scott Moore, President of Sportsnet, Rogers Media. “Sportsnet has been strongly committed to the Vancouver community since the network’s inception in 1998 when we first began televising Canucks games.”

Sportsnet 650 will go head-to-head with TSN 1040, who have been the sports radio kings in Vancouver since they entered the marketplace in 2001 as Team 1040.

This isn’t the first time we’ve had a sports radio war in Vancouver, as Mojo Radio converted to all-sports in 2004. The Corus-owned station abandoned all-sports format in 2006, shortly after Team 1040 acquired the Canucks broadcasting rights.

Losing the broadcasting rights was a deathblow in those days, but TSN 1040 is more established than Mojo ever was. We’ll see who survives this battle, as Toronto is currently the only other marketplace in Canada that has both Sportsnet and TSN all-sports radio stations.

Programming details and on-air personalities will be announced in the coming months, although it’s a safe bet that current members of the local on-air broadcast (John Shorthouse, John Garrett, Dan Murphy, and Irfaan Gaffar) will be heard from regularly as guests.