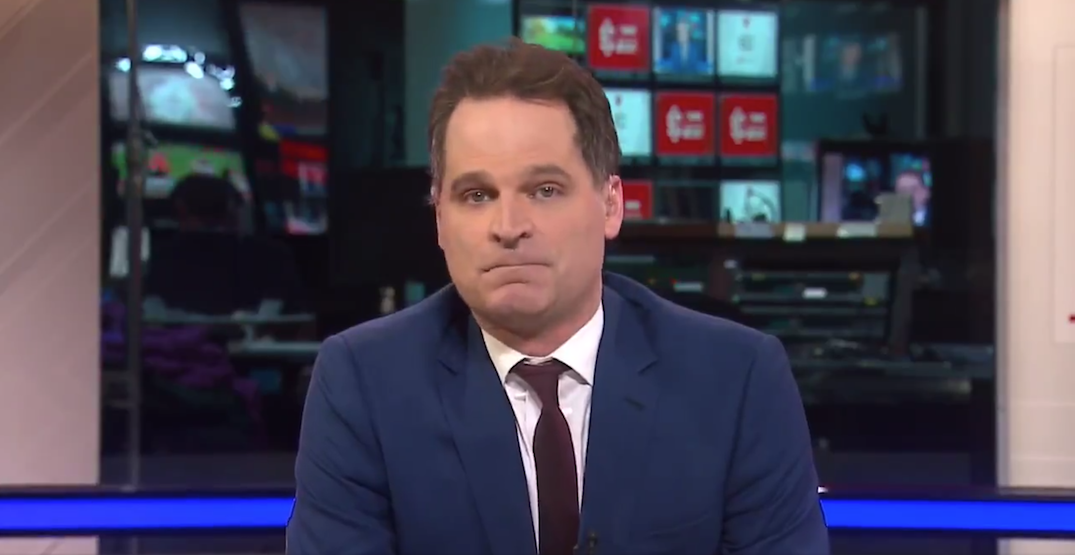 Jay Onrait still has a job at TSN, but “Jay and Dan,” at least how we knew them, are no longer.

Hosting his first show since Bell Media laid off his longtime friend and co-anchor Dan O’Toole, Onrait got emotional speaking about the end of the pair’s nearly two-decade run together.

While O’Toole sounded off at Bell Media over the weekend, he also took to social media to lend his support to Onrait.

“I love this man,” O’Toole said on Instagram. “Please welcome his new show with open arms. We are forever brothers.”

“Yesterday, Toolesy and I were on his deck, drinking White Claws. Because we’re 46,” said Onrait, who was able to mix in a little bit of humour into his emotional speech.

“When we started on this network together, almost two decades ago, we had one priority: to be ourselves on television. And it only worked because you guys watched us. Because let’s face it, our show was pretty weird! But you made us a part of your routine with your families all across this country in the morning and at night. Dan and I will always appreciate that.

“So on behalf of Dan and Tim, and myself, and everybody on this amazing crew, thank you.”