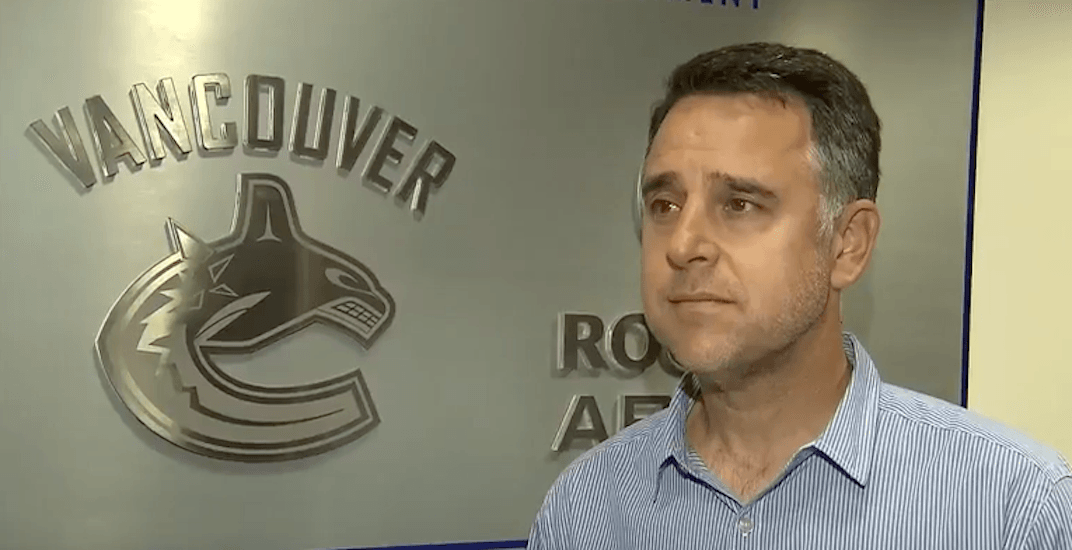 Laurence Gilman is back on the Vancouver hockey scene.

Gilman will join Matt Sekeres and Blake Price – the station’s new afternoon drive show – Wednesdays throughout the hockey season. He will typically join the afternoon show in studio for a couple of hours Gray says, but will also do some co-hosting.

The 52-year-old is no stranger to the all-sports radio station, having co-hosted 1040’s NHL free agency show on July 1, as well as coming on as a guest with Sekeres and Price for a couple of hours in August.

Gray says the station got “tremendous feedback” from listeners on both of those occasions.

Gilman was brought to Vancouver by Mike Gillis to be his right hand man back in 2008. Together the pair oversaw the most successful era in Canucks history. Gilman stayed on for one season after Gillis was fired, but was let go himself by the current regime more than two years ago.

Despite the on-ice success of the team during their tenure, both Gillis and Gilman have yet to resurface with another NHL team.

Gilman was credited for his work in contract negotiations and cap management with the Canucks, two areas that the team excelled at during the Gillis/Gilman era.

The hiring is the latest move in a busy summer of readying for the arrival of Sportsnet 650, which debuts as a direct competitor in two weeks.

TSN debuted their new weekday lineup on Monday, which included an extra show in the 9 am-noon time slot.