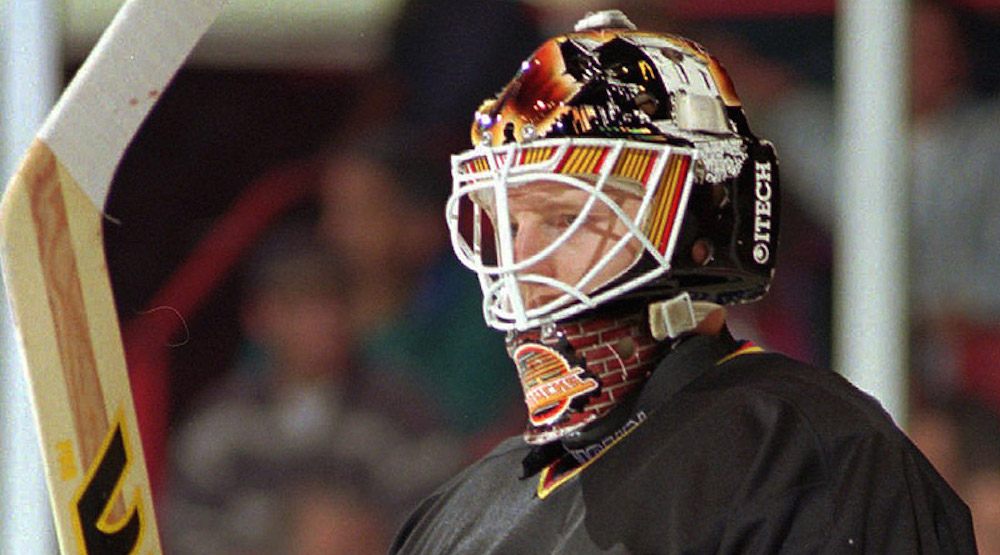 Brendan Batchelor and the former Canucks goaltender will call the bulk of Canucks games on radio this season.

Hirsch played pro hockey for 14 years, including 101 regular season games with the Canucks after he was traded to Vancouver for Nathan LaFayette in 1995.

“This is a dream to be able to come back and broadcast games for the Canucks,” Hirsch said on Breakfast Television at the official announcement Monday morning. “Are you kidding me, is there a better job than that?”

Hirsch won a silver medal at the Olympics in 1994, the last Olympics to before NHL participation in 1998. He also has experience as a goalie coach, a job he held in the NHL with the Toronto Maple Leafs and St. Louis Blues for six years.

This is a return to Sportsnet for Hirsch, who was an analyst on television broadcasts from 2014 to 2016.

Hirsch made headlines in February, when he bravely opened up to the Players’ Tribune about his struggles with mental illness.

Very excited to be a part of @Sportsnet650 and to work alongside @CoreyHirsch! Launch Sept. 4. Young Stars from Penticton starts Sept. 8!

The Batchelor hiring confirms a report from last month.

Batchelor comes to 650 – which debuts in September – from the Vancouver Giants, where he worked as director of media relations and play-by-play broadcaster. The Coquitlam product has paid his dues, working for TSN 1040 as an announcer, reporter, and producer since 2008. Batchelor was the play-by-play broadcaster for the Surrey Eagles in 2012, before being hired as the voice of the Giants in 2013.

“I’m from Vancouver, grew up in Coquitlam, so this is a dream job that I’ve had since I was four years old playing hockey in our driveway,” Batchelor said.

“We are thrilled to welcome Brendan and Corey to the Sportsnet 650 team and we feel Canucks fans will be equally as excited about this pairing,” said program director Craig MacEwen in a media release. “Brendan will bring a fresh but knowledgeable voice to the broadcasts while Corey’s veteran experience, both as a player and analyst, will be the perfect complement. These two live and breathe Canucks hockey and that’s exactly what we were looking for in filling these two important roles.”

Batchelor and Hirsch will call their first games together September 8 to 11 during the Young Stars Classic prospect tournament in Penticton. They will also travel to China to call both overseas preseason games.

Television broadcasts will continue to be called by John Shorthouse and John Garrett, with Shorthouse likely still moving over to radio when he’s not on TV.

These hirings are bad news for Jon Abbott and Dave Tomlinson, the radio broadcast duo that will not be brought over from TSN 1040.

Abbott was hired in 2014 after Rick Ball took the play-by-play job of the Calgary Flames. The humble broadcaster took to Twitter on Sunday to reflect on his short time in Vancouver.

A reflection filled with gratitude. Not enough words, not enough space, not enough time. More to follow. ❤️2Vancouver pic.twitter.com/ujim2oprST

Tomlinson had been the colour commentator for Canucks games on radio since 2010, taking over from Tom Larscheid.