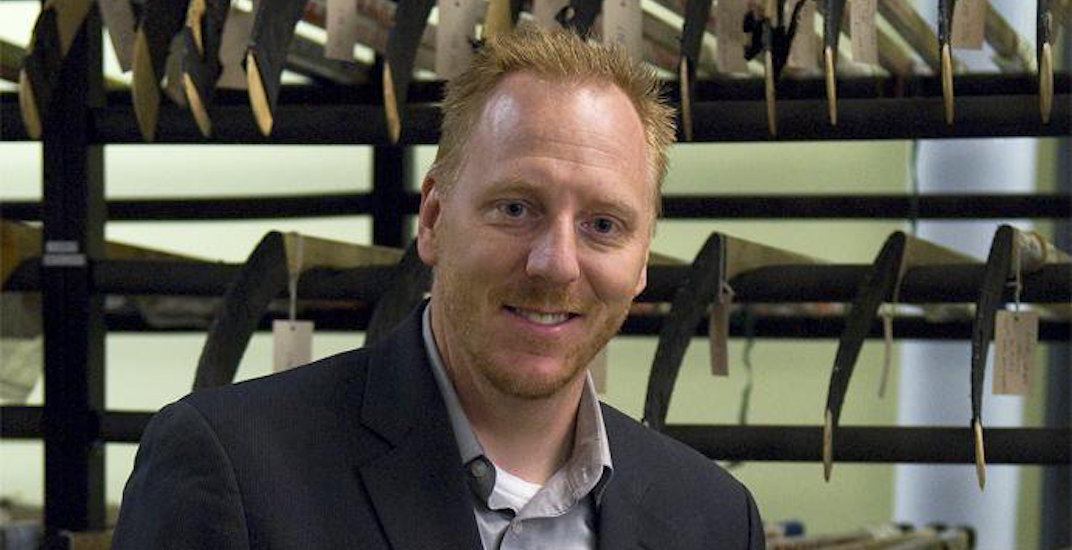 Corey Hirsch is back.

The 45-year-old former professional goalie is back in broadcasting, and he’s back with Sportsnet as the new colour commentator for Canucks games on their new all-sports radio station that debuts in September.

“It was a good lesson on leaving on a good note,” Hirsch told Daily Hive in a phone interview.

“It was tough to get back in, I’m not going to lie. It’s competitive. There’s not a lot of jobs out there and there’s a lot of good people trying to get them. I was pretty happy to get in with Vancouver, I couldn’t ask for a better place to come back to. This is where I wanted to be.”

While his career didn’t exactly warrant Hall of Fame consideration, his old mask from his Vancouver playing days certainly did.

Goaltender @CoreyHirsch donates his "Psycho" mask to the HHOF. Wore it during his rookie season with the @VanCanucks pic.twitter.com/pJF4029BoL

Hirsch, who played primarily in the AHL during his 14-year pro hockey career, appeared in 101 games with the Canucks from 1995 to 1999.

He played in 41 games in 1995-96, outperforming starter Kirk McLean during the regular season and getting the bulk of the starts during the playoffs.

So if there’s a goaltending controversy brewing, Hirsch should be able to provide some good insight.

He may ask for tips from John Garrett, another former Canucks goalie who does colour on Sportsnet’s Canucks broadcasts on television, but he won’t be going toe-to-toe with him eating on the road.

“There’s no way. I’m just going to lay down the belt for him on that one.”

Experience on his side

While fans know of Hirsch as a former goalie and in-studio analyst, this isn’t his first gig in the play-by-play booth.

Hirsch worked as a colour analyst for the Las Vegas Wranglers in the ECHL for half a season, as well as being in the booth for some junior games.

Over the past year, Hirsch says he has tried to stay involved in the game. The Phoenix resident worked the odd Coyotes game, and did some freelance sports writing for The Score.

“Media has become a passion of mine,” he says, noting that many players have trouble finding another passion after their hockey careers are over.

The more than 4,500-word article went in-depth into his battle with depression, which included providing details about how he nearly ended his life.

Quite simply, it’s the most powerful piece of writing I’ve ever seen from a former hockey player.

The Players’ Tribune piece caught the eye of everyone in the hockey world – players, media, fans – and Hirsch says the reaction has been overwhelming.

In the age of the internet and Twitter – for which he’s an active participant – that’s remarkable.

“I think the timing of it was good, in the sense that people were looking for somebody to say something. Players before me – Sheldon (Kennedy), Theo (Fleury), Clint (Malarchuk), Clara Hughes – they really paved the way. They paved the way for someone like me to be ok to tell my story and I’m thankful for that.

“And it’s still going. I still get emails every day.”

Canucks fans are a passionate bunch. They’re also hard on broadcasters. Is he ready for this?

“It doesn’t bother me, not in the least,” Hirsch said, promising to be honest in the booth.

“My job is to be fair. So when a player doesn’t play well, I’m going to say it. But the minute that player plays well, I’ll be the first to say ‘hey, he’s having a great game.’”

That’s easier said than done sometimes for analysts, particularly ones who work for the rights-holder and also travel with the team. But Hirsch has the right attitude.

“The fans here are smart. You’re not going to fool people.”

As for his outlook on the team that he’s going to be covering, Hirsch didn’t sugarcoat it.

“The expectations are going to be that this team in three or four years is going to be back to being a contender, and if some of the younger players develop quicker, you’re even that much better.

“I like the fact that when you watch the good young talent – like Boeser and those guys – they’re exciting, because anything can happen around those guys. They make the game exciting to watch. They’re not going to win every night, but hopefully they’ll be better than everyone’s predicting them to be. I think they’ll be competitive.”

Hirsch said the team is going in the right direction and referred to new head coach Travis Green was a “great hire.”

“You can’t use a bunch of old guys and think all of a sudden you’re going to have a good team. Toronto tried that, it didn’t work.

Be patient with Hirsch, too, Canucks fans. He should be a beauty to listen to for many years to come.