Nail biting thrillers are always worth a million bucks, and the League of Legends fans who paid big for tickets to Vancouver’s Pacific Coliseum on Sunday were not shortchanged.

Crowd favourites TSM were crowned the winners of the North America League of Legends championship series (NA LCS), in an online multiplayer game that went to the final round.

TSM were pitted against Cloud9 (C9). TSM swept the first two rounds convincingly, with the games lasting only 28 minutes and 22 minutes respectively. 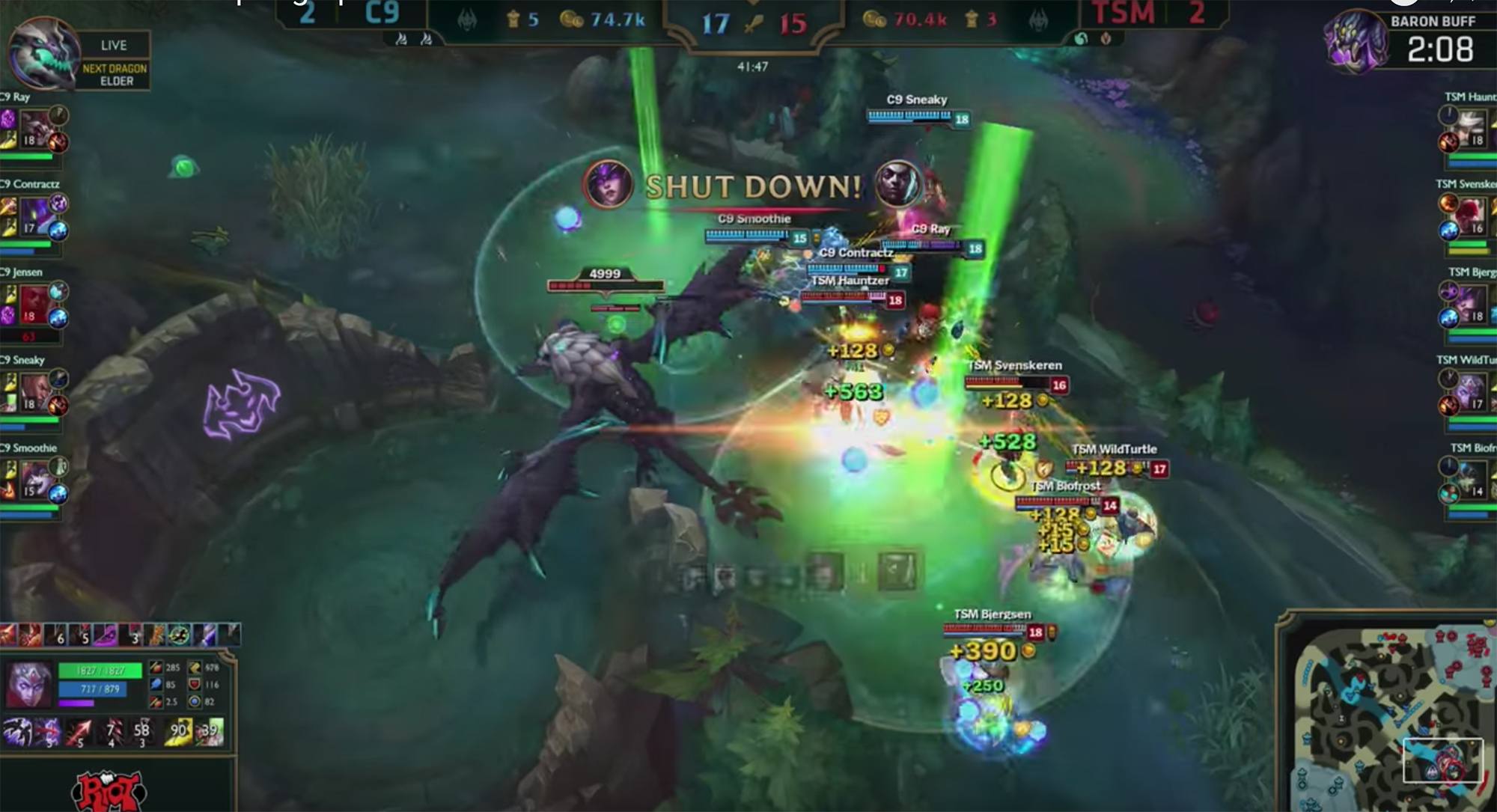 But C9 made a comeback in round three and round four, stumping TSM, experienced campaigners in the stage fights at various League of Legends events.

It all came down to the final round, which went on for 42 minutes, until TSM decided to get aggressive and showed C9 the door.

Meanwhile, the Vancouver crowd really got into the action in the final round, and erupted into cheering and applause as TSM were crowned champions.

The crunch round Five breakdown between TSM and C9. (LOL)

The League of Legends is a popular multiplayer online game developed by Riot Games–it has achieved cult status, with a huge cultural influence and global fandom.

The 2017 NA LCS spring finals in Vancouver was one of the most highly anticipated events in the game’s history and tickets sold out almost a month prior to the actual event.

League of Legends fans were left buying tickets for as much as twice the price, with close to 16,000 people thronging the stadium to catch their favourite teams in action.

Earlier, on Saturday, fans got to enjoy the fight for third place between Phoenix1 (P1) and FLYQUEST.

P1 drew first blood in round one, but floundered in rounds two and three, before making a comeback in round four and five.

TSM now will head to Brazil to participate in the Mid-Season Invitational tournament where they will represent North America.