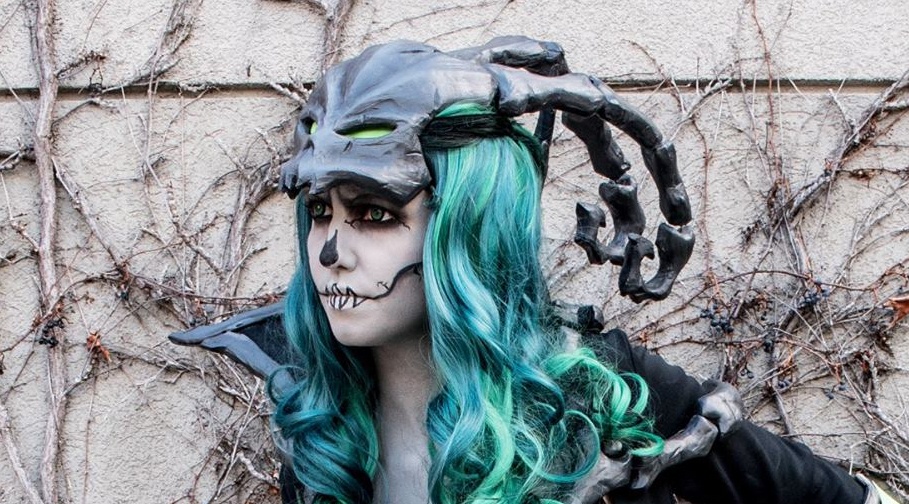 League of Legends fan Manda Wickett, who was cosplaying at the NALCS event in Vancouver (Britany Quinn)

The League of Legends is a popular multiplayer online game developed by Riot Games and the NALCS has been in running since 2013 along with its European counterpart (EULCS).

The game has achieved cult status, with a huge  cultural influence and global fandom. indeed, more than 50,000 people watched the livestream of the Vancouver event.

Of course, before the NALCS splits in Vancouver, fans shared their cosplay events online. Here are 13 of the best League of Legends cosplay outfits that were on display this weekend.

Vancouver based photographer, Britany Quinn took the above photos of Manda Wickett, who was cosplaying at the NALCS event in Vancouver.

This woman’s Nidalee cosplay is on point! #NALCS pic.twitter.com/JPzfBipWnh

Fantastic cosplay by the gorgeous @Brittle_Bunny at the #NALCS finals!! pic.twitter.com/yyjoJk6NSc

@LeBrittyKittie with the fucking stunning steam punk ziggs cosplay at the #NALCS finals today! Thanks for the pics gorgeous! pic.twitter.com/DLPwooUdKT

More cosplay from the #NALCS finals today! Unfortunately I didn’t get all the twitters, if you know them tag them, they deserve credit!! pic.twitter.com/4PVfOt6Wa1

The lovely @kittenWar took so many little snapshots at the NA LCS finals today! Don’t think I’ve ever watched myself posing before… #NALCS pic.twitter.com/NY0SgWXrNT

Amazing Morgana cosplay by @SinastriCosplay at the #NALCS finals today! Thanks for the pic gorgeous! pic.twitter.com/zi86kEdZvL