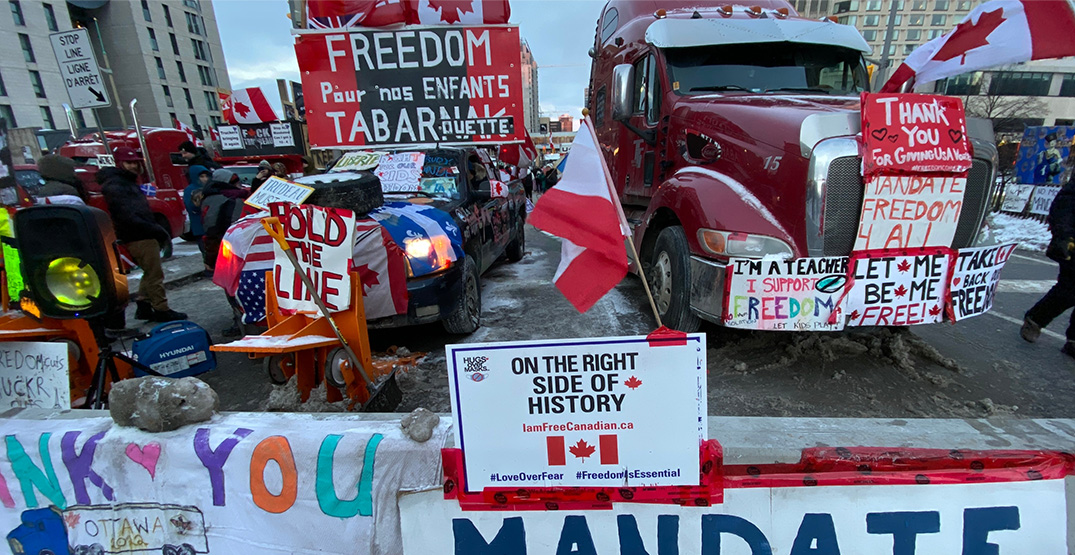 Prime Minister Justin Trudeau invoked the Emergencies Act on Monday to end the anti-vaccine mandate protests that have blocked borders and occupied the nation’s capital for weeks.

The Act, which authorizes the government to take “special temporary measures to ensure safety and security during national emergencies,” has never been used before.

Trudeau clarified during the press conference that the scope of these measures would be time-limited, geographically targeted, and “reasonable and proportionate” to the threats they are meant to address.

Here’s what it means for the country.

When can the government invoke this Act?

According to a release from the federal government, in order to declare a public order emergency, there needs to be “an emergency that arises from threats to the security of Canada that are so serious as to be a national emergency.”

The government defines threats to the security of Canada as threats or acts of violence against people or property in order to achieve a political or ideological objective. It defines a national emergency as a critical situation that endangers the health and safety of Canadians that cannot be effectively dealt with by the provinces or territories, or that threatens the government’s ability to preserve sovereignty and security.

Lastly, it must be a situation that can’t be effectively dealt with by any other Canadian law.

Leah West, a former national security lawyer at the Department of Justice, explained in a Twitter thread how the government is justifying the use of the Act.

“The government is saying through this [order in council] that the threat of terrorism linked to the ongoing blockades is so seriously threatening to Canada’s economic security that it rises to the level of a national emergency,” she tweeted.

In sum, the Government is saying through this OIC that the threat of terrorism linked to the ongoing blockades is so seriously threatening to Canada’s economic security that it rises to the level of a national emergency.

What expanded powers does the government have under the Act?

The public order emergency grants the federal government the authority to apply the following temporary measures:

Deputy Prime Minister and Minister of Finance Chrystia Freeland showed how these powers can be used on Monday.

“If your truck is being used in these protests, your corporate accounts will be frozen,” she tweeted.

This is about following the money. This is about stopping the financing of these illegal blockades. We are today serving notice: if your truck is being used in these protests, your corporate accounts will be frozen. pic.twitter.com/AJ73zdDMy5

How is the Act implemented and for how long can it be in place?

Nomi Claire Lazar, a professor at the University of Ottawa’s Grad School of Public and International Affairs, tweeted a helpful thread about the implementation of the law.

She noted that once an emergency is declared, both the House of Commons and the Senate must debate and vote on the declaration within seven days.

“If they vote it down, the emergency is over,” she said.

Fourth, there’s a sunset clause: after 30 days, both Houses of Parliament must again vote on the continuation of the emergency.

Once the government makes a formal declaration of a public order emergency, the declaration is only effective for up to 30 days. After that, both the House and Senate need to vote on its continuation.

What safeguards are in place to protect democracy and citizens’ rights?

While the Act gives the government expanded powers, the measures implemented must always respect the Canadian Charter of Rights and Freedoms and the Canadian Bill of Rights.

“We’re not using the emergencies act to call in the military; we’re not suspending fundamental rights or overriding the Charter of Rights and Freedoms,” stressed Trudeau on Monday.

The Act also has strict, built-in safeguards to protect the country’s democracy. All orders made under the emergency have to be tabled before the House of Commons and the Senate.

“No hiding: everything in view. Publicity helps accountability,” tweeted Lazar.

Third, all orders made under the emergency must be promptly tabled before parliament. No hiding: everything in view. Publicity helps accountability.

She added that a parliamentary review committee must be created to keep an eye on things and that a commission of inquiry is automatically triggered once the emergency is lifted.