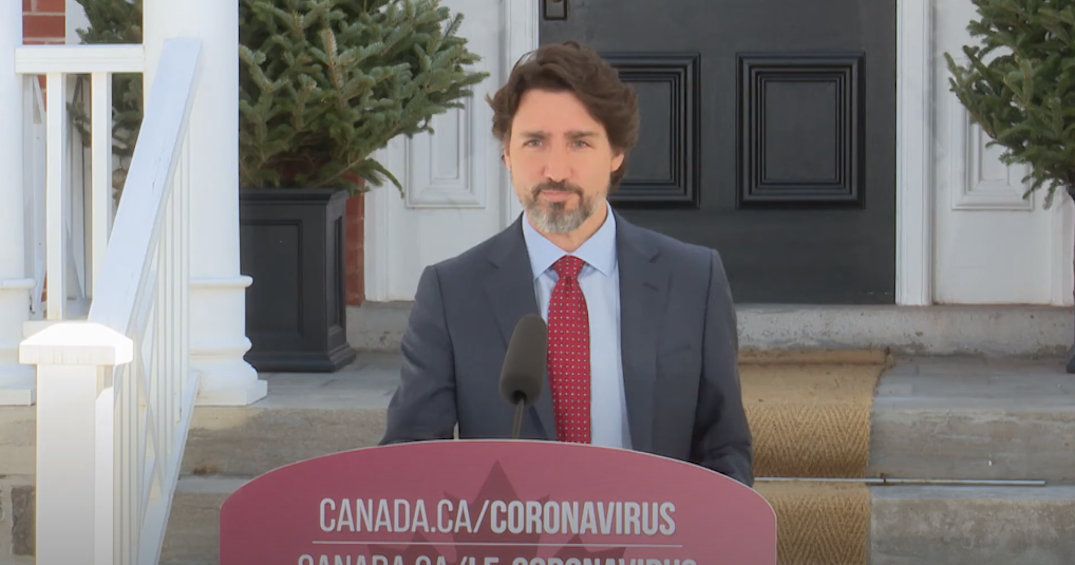 During Monday’s daily address to Canadians regarding the COVID-19 pandemic, Prime Minister Justin Trudeau took the time to address anti-Black racism in Canada, as well as the protests that have been taking place since the death of George Floyd.

“For far too many Canadians, the images and stories out of the United States are all too familiar, he said. “As a country, we can’t pretend racism doesn’t exist here. Anti-Black racism is real. Unconscious bias is real. Systemic discrimination is real. And they happen here in Canada.”

He added that anti-Black racism is a lived reality for millions of Canadians every day.

“To young Black Canadians, I hear you when you say that you are anxious,” he says. “I want you to know that I am listening and your government will always stand together.”

“I hear you. I hear your anger, concern, and pain; I hear you when you say this brings back painful experiences of racism.

Finally, he touched upon individuals who disrupted the peaceful protests and “caused havoc” saying that “we condemn them.”

Trudeau’s statement comes a few days after a Black Toronto woman fell to her death from the balcony of a 24th-floor apartment building. The family of Regis Korchinski-Paquet is alleging police were involved while a petition called “Justice for Regis Korchinski-Paquet” has already garnered over 147,000 signatures.

With files from Alyssa Therrien and Jacqueline Leung.