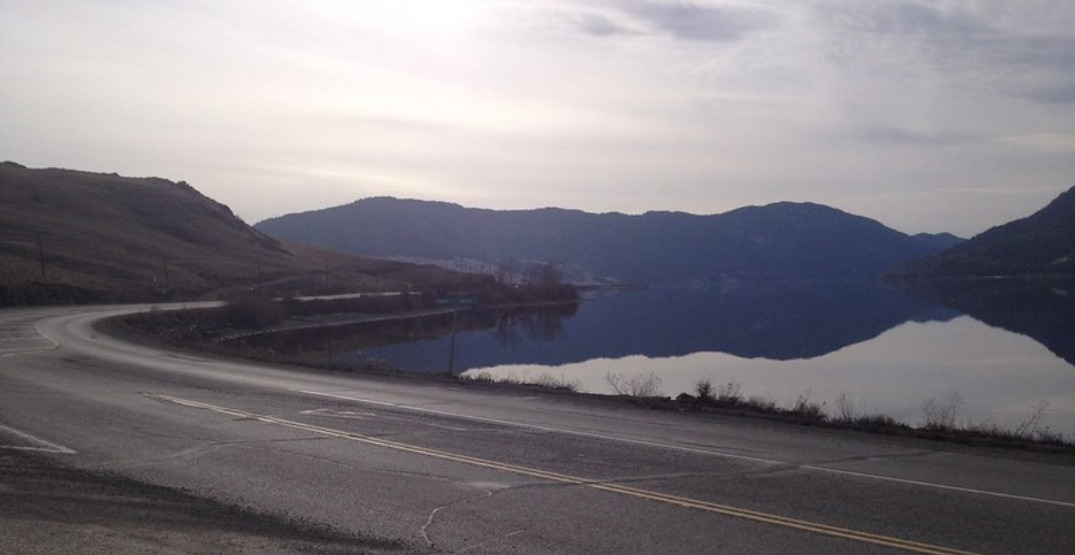 A portion of Highway 5A on a clear day. (TranBC/Flickr)

A case of reckless driving is being investigated after a video circulated on social media of the incident on Thursday.

The video was taken on BC Highway 5A, showing a truck driver swerving back and forth before crossing a double yellow at a curve in the road and merging into the oncoming lane of traffic.

BC Highway Patrol responded to the tweet suggesting it would be looking into the incident.

The crazy footage comes in the wake of several highways reopening in BC after flooding and mudslides forced closures.

With the successful reopening of those routes came warnings from BC government officials to drive safely, as an accident on one route could significantly impact others.

The driver clearly did not heed those warnings.

@SurreyRCMP @Kamscan @DriveBC @AM730Traffic Reckless driving on hwy 5a, putting all the other drivers in danger( crossing double yellow’s on a curve) YWC transport ( EM1476) pic.twitter.com/Pd7kDGCAMz

Daily Hive has reached out to the BC Highway Patrol for more information.