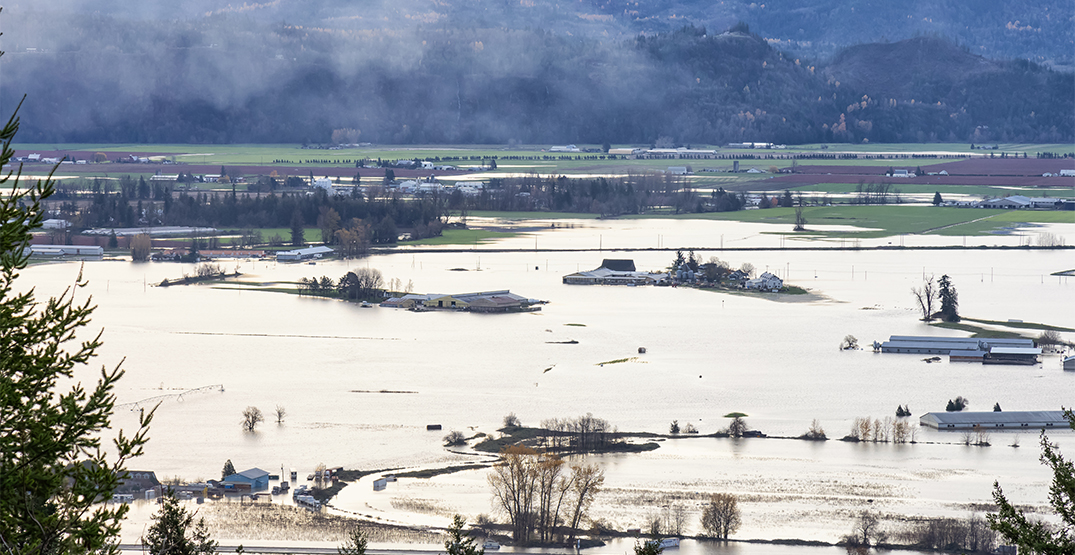 Abbotsford lifted an evacuation order for one of its neighbourhoods Thursday, but Mayor Henry Braun said residents of the flooded Sumas Prairie will need to wait a while longer to return home.

Some parts of the low-lying agricultural area remained under six feet of water Thursday, Braun said during a news conference. He estimated about six inches of water could be pumped out per day as long as it doesn’t rain — which means total drainage of floodwater will take weeks.

The floodgates at the Barrowtown Pump Station are open and water is being actively pumped out. In the last 24 hours, while it was fairly dry, water levels on the Sumas lakebed dropped seven inches. The day before, when it was raining, water levels only dropped one inch.

“While 178 millimetres [seven inches] is still good progress for one day, there is still a lot of water to be pumped out,” Braun said.

Abbotsford lifted an evacuation order for Huntingdon Village on Wednesday evening, allowing neighbourhood residents to return to their homes. The area is still under an evacuation alert, meaning people must be ready to leave again on short notice. 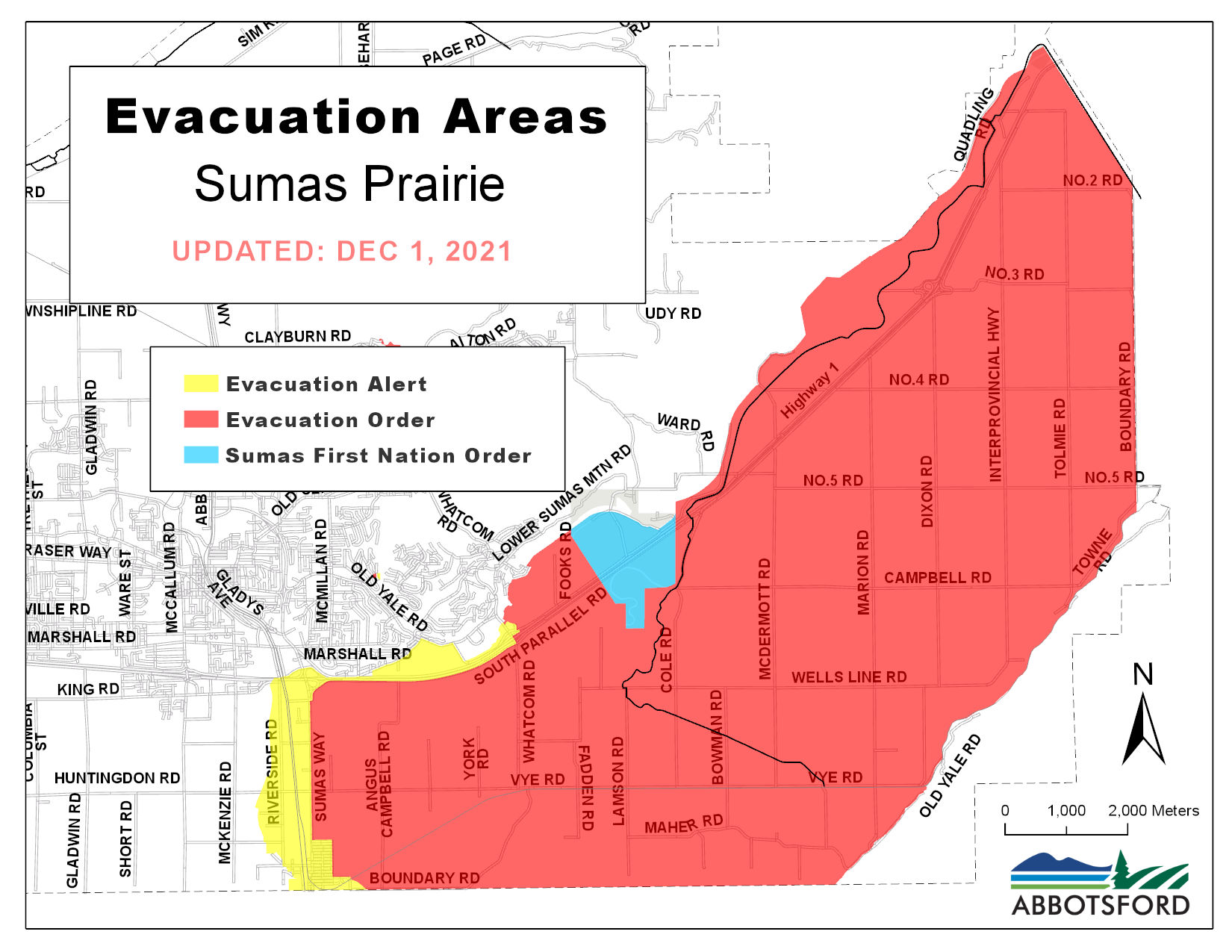 The rest of the Sumas Prairie remains on evacuation order, and Braun said roads to the area need to be reopened before it can be lifted.

Highway 1 through Abbotsford also reopened Thursday afternoon, as crews took down a temporary tiger dam that was built to keep water from a Tuesday rainstorm at bay. However, Whatcom and Vye roads remain closed due to flooding — two key arteries Braun said need to open before residents will be allowed back.

“Our key concern is getting people safe access to their properties,” Braun said. “I want to reassure our residents we’ll do everything in our power to support you as you rebuild from this disaster.”

People forced from their homes due to the flooding are eligible for $2,000 in support from the Red Cross.