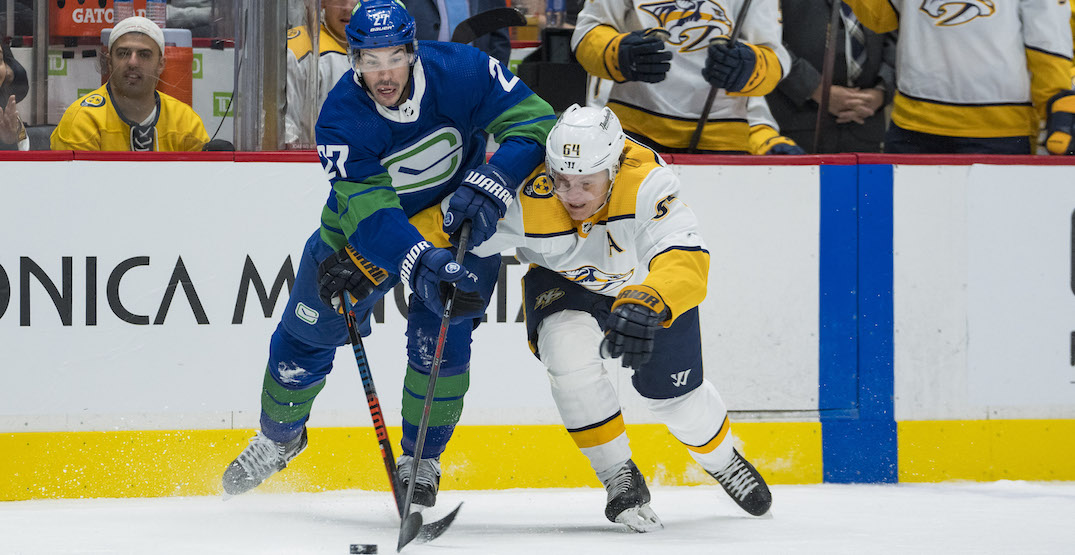 The Vancouver Canucks are flying to Denver today, to start a three-game road trip against Colorado, Vegas, and Anaheim.

Travis Hamonic won’t be joining them though, as he’s been loaned to the Abbotsford Canucks. Jack Rathbone has been recalled from Abbotsford after playing two games for the AHL Canucks.

The Canucks also announced that Luke Schenn has been placed on injured reserve.

It’s safe to assume that the Hamonic move is vaccine related. The Canucks require their players to be vaccinated, and Hamonic confirmed that he had received at least one dose on November 2.

The 31-year-old can’t play for the Canucks in the United States until he receives his second dose, so they’ll be without their rugged blueliner until they return home on November 17.

The BC government currently recommends people get their second dose of a COVID-19 vaccine as early as four weeks after the first dose. Assuming Hamonic gets his second shot as soon as possible, he should be available for road trips to the United States soon.

Another player that could be rejoining the Canucks soon is Tyler Motte. Green said after Tuesday’s game that the injured forward would be joining the team on the road trip, though it’s unclear when he’ll play his first game of the season.