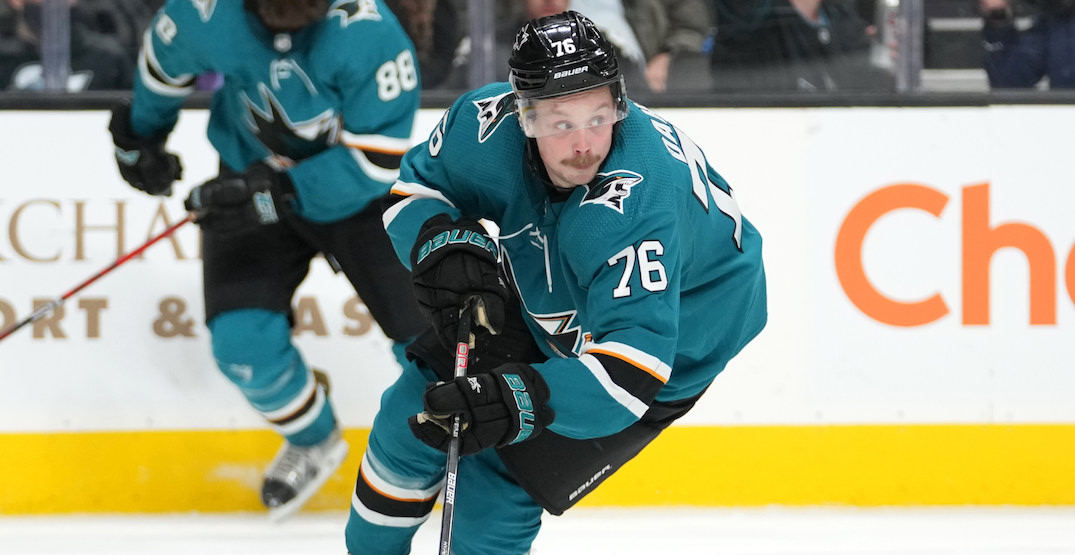 When the Vancouver Canucks traded Alex Burrows to the Ottawa Senators ahead of the 2017 NHL trade deadline, fans weren’t mad.

Sad? Certainly. Burrows is one of the most popular players in team history.

But most fans understood that Burrows, who was 35 years old at the time, was nearing the end of his career. The Canucks were rebuilding and needed to acquire young talent.

So when fans heard that Jonathan Dahlen was coming to the Canucks in the trade, most people in Vancouver applauded the move, while Sens fans hated it.

You can understand why. Dahlen was close to a point-per-game player playing second division pro hockey in Sweden. He was only 19 years old and was just eight months removed from being picked 42nd overall in the second round of the NHL Draft.

Less than two years later, however, the Canucks gave up on Dahlen. After just 50 games with the Utica Comets in 2018-19, the Canucks traded the once-promising prospect to the San Jose Sharks for Linus Karlsson, a 2018 third-rounder who was far less accomplished.

The Canucks said that Dahlen’s agent requested a trade.

“I find young players now, sometimes they don’t want to pay their dues in development time, they just want to be given an NHL opportunity right off the start,” Canucks GM Jim Benning said at the time.

When speaking with Fear the Fin in San Jose days later, Dahlen didn’t sound like an entitled young player.

“I have to work on a lot of things in my game [to get to the NHL level]. Get speed,” he said. “I’m really excited to work here [in San Jose] with a good coaching staff. Work on every detail in my game, to play in the American League first of all, and be a good player there.”

Either way, it’s a trade the Canucks would likely want a do-over with now, because Dahlen has burst onto the NHL scene this season.

After spending the past two years in Sweden, Dahlen has five goals and seven points in his first 10 games with the Sharks this season. That puts him fifth on the Sharks in points and tied for the team lead in goals.

If he were still a member of the Canucks, he’d also be tied for the team lead in goals.

Among NHL rookies, Dahlen is second in goals and fourth in points. He’s also tied for the rookie lead in even-strength goals.

Karlsson, meanwhile, turns 22 next week. He has 11 points in 18 games with Skelleftea AIK in the SHL so far this season. It’s not yet clear if he’ll ever play an NHL game.

Dahlen has impressed the Sharks coaching staff enough to be picked to play on the team’s first line, on the right wing alongside Logan Couture and Nick Bonino. The 23-year-old rookie is also being used on their first unit power play.

Dahlen scores his fifth goal of the season making him tied-first among NHL rookies! #SJSharks pic.twitter.com/gCkneyEKmF

“Dahlen’s a real smart player. I think he’s a good complement to that [first] line,” Sharks head coach Bob Boughner said earlier this season, reported by Katherine Pitre of Fear the Fin. “He’s a guy that’s new to the league, but you can put him out in situations, like we want to have, against the other team’s top line.”

While Dahlen put up decent numbers as an AHL rookie in Utica, scoring 29 points in 50 games, he didn’t get along with Comets coach Trent Cull.

“They have had the wrong approach, and that is what I have told my agent, that it is the wrong way to treat me if they want me to develop,” Dahlen told Swedish news outlet HockeyNews.se in 2019.

“They have had the wrong approach, and that is what I have told my agent, that it is the wrong way to treat me if they want me to develop.”

Given the Canucks’ lack of success developing forwards and defencemen through their AHL affiliate during the Benning era, those quotes were scrutinized in Vancouver. Depending on your perspective, this was either an example of mismanagement of a prospect by an AHL coach or a disgruntled young player not willing to put in the work.

After a short stint with San Jose’s AHL team to finish the 2018-19 season, Dahlen went back to Timra in the second division of Swedish pro hockey the past two seasons and was largely forgotten about. Quietly, he was improving his game.

Dahlen is back now and seems to be beginning to realize his potential.

He’s scoring in different ways, including off one-timers, rebounds, and deflections. Four of his five goals have been at even strength.

Now, everyone on this line has a tally tonight 😏 #SJSharks pic.twitter.com/lYTiirMRfP

No mistaking whose goal that was 😜

Jonathan Dahlen scores his first AND second NHL goals in the first. pic.twitter.com/IevNzjZkjt

Dahlen startin' us off with a sweet goal in the first ☝️ pic.twitter.com/rx9M7aYgbu

“You could just tell right away when he came [back to North America] that he was ready,” Erik Karlsson said of his teammate and countryman, as reported by Curtis Pashelka of The Mercury News. “He’s done all of the right things for himself to set up to be successful in this league. He’s a smart player. He might not be the fastest of all time, but he’s a guy that everybody wants to play with.”

Right now, it’s a bad look on the Canucks organization.

Why did Dahlen feel like he was mistreated in Utica? Why did management give up on him so quickly?

If he faded away into obscurity, the Canucks would have looked justified in their decision.

But if Dahlen keeps this up, those questions will only get asked louder.