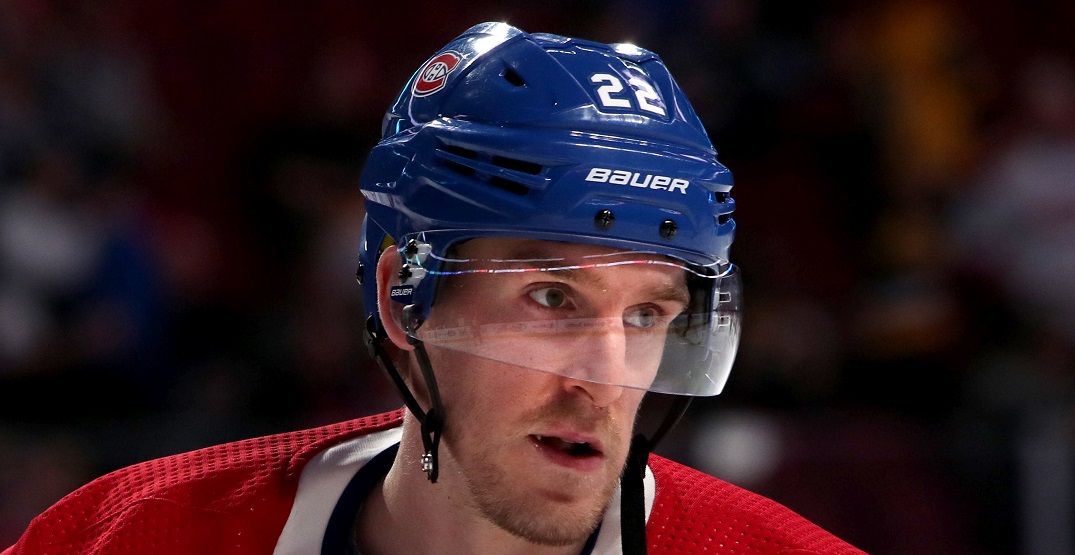 Just under two weeks ago, Beach revealed himself as “John Doe” in the Chicago Blackhawks’ sexual abuse scandal that occurred during the team’s 2010 playoff run.

Weise said he didn’t know Beach personally but had played against him multiple times in junior hockey in the WHL.

“It just disturbs me so much that this was allowed to happen on all levels,” Weise said on The Habs Tonight show that he co-hosts alongside Annik Lemire.

Weise said he reached out to Beach through Instagram and had a short conversation.

“I’m so proud of you for coming out [and describing your story],” Weise said of his message to Beach. “I couldn’t imagine what that would be like to go through… and you’re just such a strong individual.”

Weise, who most recently played in the NHL with the Montreal Canadiens in the 2019-20 season, is currently a member of IK Oskarshamn in the Swedish Hockey League. He said that he was disturbed to hear about former Chicago GM Stan Bowman’s handling of the case, saying that his respect for Bowman was “completely out the window.”

“You hear this come out, and it’s like man, how do you go from… ‘Okay, I told my upper management, I told my president or whoever it was,’ and you just let it go?” Weise said.

In late October, Weise also called out former Chicago coach Joel Quenneville, who was removed from his coaching position with the Florida Panthers for his role in the scandal.

Dale Weise played 15 games under Quenneville in the 2015-16 season, as well as playing for the Vancouver Canucks.

“You hear quotes from Quenneville, saying, you know, ‘we had to focus on winning, ‘… like, are you kidding me? It was so disturbing to hear,” Weise added. “But to be honest, it didn’t surprise me that he said that. He’s struck me as the type of guy that his whole life was about winning. That was it. Like he didn’t care what was happening with any player, so I wasn’t surprised to see that.”

Outside of the Blackhawks organization, Weise shared his disappointment for the NHL Player Association’s handling of the case and not being more vocal against the NHL’s silence.

Weise directly called out NHLPA head Donald Fehr for his apology statement to Beach, in which Fehr described a “total failure” of the Players’ Association.

“He comes on and puts this apology out as if that’s good enough… But I’m sorry, you’re fired.” Weise said. “You’re gone. Yeah, you’re gone. He and [NHL commissioner Gary Bettman] seemed like way too good of buddies for me. You’re supposed to be against him. And so it was just like, I was so disturbed.”

Weise added details about their previous experience with Fehr that left a bad taste in his mouth. Weise said when the NHL was considering the possibility of cancelling or further postponing the 2019-20 season due to the coronavirus pandemic, Fehr was extremely vocal about the eventual “bubble city” format, saying that Fehr was “pressuring” players to play.

Weise shared a story of a former teammate Andrew Shaw, who was on the Blackhawks during the 2019-20 season, as one of the players who called out Fehr and the NHLPA leadership.

The full show with Dale Weise is available below: