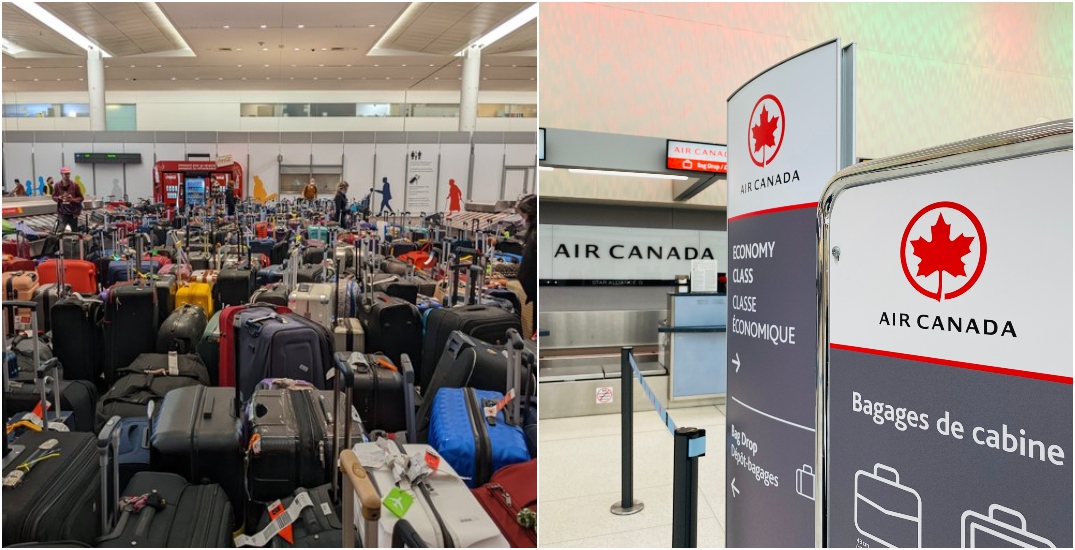 Citizens travelling home and tourists coming to the country have had to deal with over two months of lost possessions, baggage mixups, and chaotic lineups at airports across Canada.

Some Canadians have gone more than a month tracking down their stuff while others have gone weeks knowing their possessions are on another continent.

As a result of trying to help Canadians avoid the backlog of luggage and the mayhem at airports across the country, an expert at a shipping company has offered some tips.

While speaking with Daily Hive, Zeke Adkins, co-founder of Luggage Forward, admitted that lost and delayed luggage — to some degree — is unavoidable when checking bags with an airline.

“What we’re seeing right now, and why it’s such a massive problem at airports around the world, is a unique combination of airline/airport staffing shortages and cancelled flights (also due to staffing and pilot shortages). Adkins says all of these factors “reduce the ability for airlines to reunite misrouted bags with passengers.”

He says there are too few baggage handlers to deal with a travel boom in the wake of the lifted COVID-19 measures, “a perfect storm for lost luggage.” Add to that an irregularly large number of cancelled flights — which travellers left scrambling to find new routes to their destination — and it’s easy to see why so many travellers are being separated from their belongings.

What can travellers do to avoid having their luggage lost?

Adkins advises travellers to “travel light.” And while it may seem obvious, he says a carry-on bag that never leaves your side can hold a “surprising number of outfits if packed efficiently.”

If it’s a brief trip, Adkins says you may be able to get away with not checking your bags at all. “If you have to check a bag, arrive as early as possible and check your bags promptly to prevent your bags from missing the flight,” he said.

He also tips that when booking a trip that includes layovers, give yourself (and the airline) plenty of time to ensure your luggage ends on your connecting flight, and avoid connections that require you to sprint to your next gate.

“If an airline does misroute your checked bag, you’ll likely get it back faster if you have your contact information clearly visible in a transparent pocket or securely attached luggage tag,” he continued. “Make sure that information is up to date and legible.”

Some Canadians — like Toronto’s Kelly Laing — showed how she put an AirTag in her checked luggage in a series of viral TikToks.

Finally, Adkins says travellers always have the option of shipping their luggage directly to their destination ahead of time, which he says “makes these lost luggage problems moot.”

In his opinion, he’s unsure as to how long it will be before the airlines and airports work out staffing issues and operate at full capacity again.

“The airline industry has always had to deal with huge influxes of travellers during the holidays and other times of the year, so a travel boom is nothing new,” he concluded. “What is new is the understaffing issues that have left the industry not equipped to deal with it right now. Until that happens, you can expect to hear more horror stories of lost luggage and cancelled flights.”

Hold on to your hats, Canada — and those carry-ons!