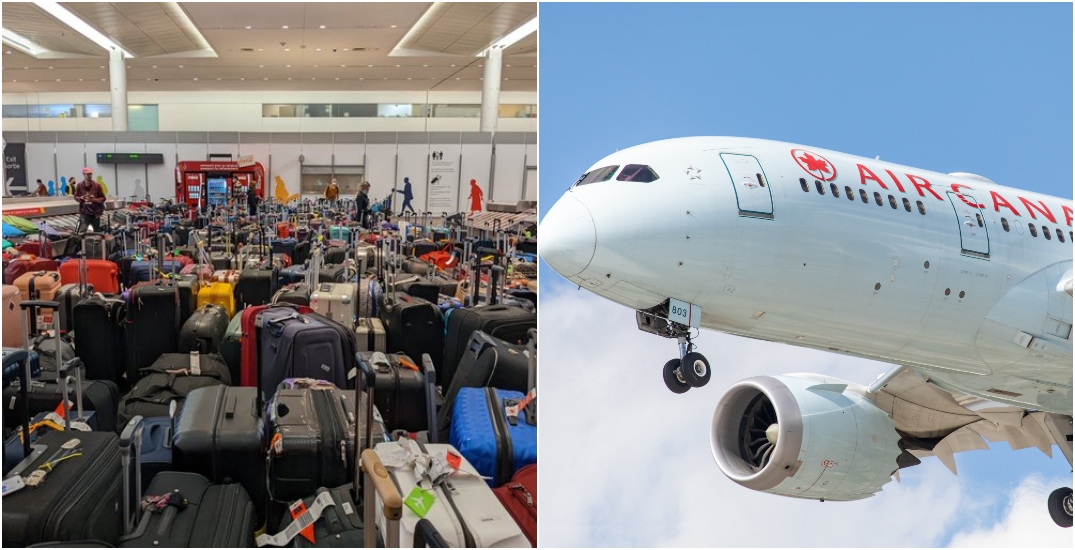 A mother from Ohio is attempting to find her 12-year-old daughter’s lost luggage after dealing with “awful experiences” with Air Canada, amid another example of Canadian travel chaos.

She tells Daily Hive she is “dumbfounded by the circular conversations and lack of answers” from Air Canada, despite multiple lengthy attempts to rectify the problem.

Nwando Olayiwola is a family physician and adjunct professor at the Ohio State University College of Medicine and College of Public Health. She says she is an “experienced world traveller” and has been all over the world, including the US and Canada aplenty.

Despite her history of travelling, Nwando Olayiwola says she’s never been through such a frustrating travelling experience that she and her family are currently dealing with, after crossing Canadian skies in June.

Lost luggage has been an unfortunate reality for thousands of Canadians travelling with the country’s largest airline since the end of June, specifically at Toronto Pearson and Montreal Trudeau Airport.

Baggage claim at Pearson Airport in Toronto. Pretty much all @AirCanada flights to the US canceled for the last three days. Let’s try to find our bag. pic.twitter.com/dWLzflXhCb

Nwando Olayiwola tells Daily Hive she wouldn’t normally reach out to CEOs, but thought it was “imperative” he heard about the “recent and awful experiences” her family dealt with on Air Canada.

The VP and her 12-year-old daughter travelled from Columbus, Ohio, to London, Paris, and Dublin in June, before coming back to the US via Air Canada on June 23.

The duo flew back to the US from Europe on United Airlines with “absolutely no baggage issues.” Their original return flight on Air Canada from Dublin to Toronto was “significantly delayed for hours” due to issues she says were “not communicated to the passengers or the crew” on-site.

The initial delay meant Nwando Olayiwola and her daughter were unable to make the original flight from Toronto to Ohio. “We waited for hours in the holding room at Toronto [Pearson] Airport because there was a delay in getting our bags through customs,” she recounts. “Two of our bags ended up coming and two did not.”

Out of fear of not making the already-delayed flight back home, they decided to take the flight and wait for their bags to return to the US.

But they’re still waiting on getting their possessions back, nearly two weeks after travelling.

Upon arrival in Columbus, Nwando Olayiwola says she filed a missing baggage complaint form and was told they’d receive their luggage within 48 to 72 hours. After two days, they received only one of their two missing luggage. Still missing is all of her daughter’s personal possessions.

The health equity officer says she’s been using Air Canada’s tracking system daily since June 24 and that the airline says the second bag has been “located, pending confirmation.” She says after repeated calls to the airline, one of two things happen: she gets a message that says, “We apologize but your call cannot be placed on hold at this time due to high call volume,” or she gets stuck in a queue on hold for at least 90 minutes before getting an agent who reverts her back to the tracking system website.

Nwando Olayiwola tells Daily Hive in her most recent call, an Air Canada agent told her the lost bag never left Dublin despite previously being told the bag is in Toronto.

“I am just dumbfounded by the circular conversations and lack of answers,” she admits. “We really just want her bag back.”

Nwando Olayiwola admits that after nearly two weeks of “chasing down an answer,” her schedule cannot accommodate any more non-answers from the airline.

“I am so incredibly frustrated as this has taken an ENORMOUS amount of our time and has greatly saddened my 12-year-old, who does not have any of her clothes, shoes, jewelry, or other items she took on this trip,” she says.

Daily Hive has reached out to Air Canada for additional information about how travellers can locate lost luggage.