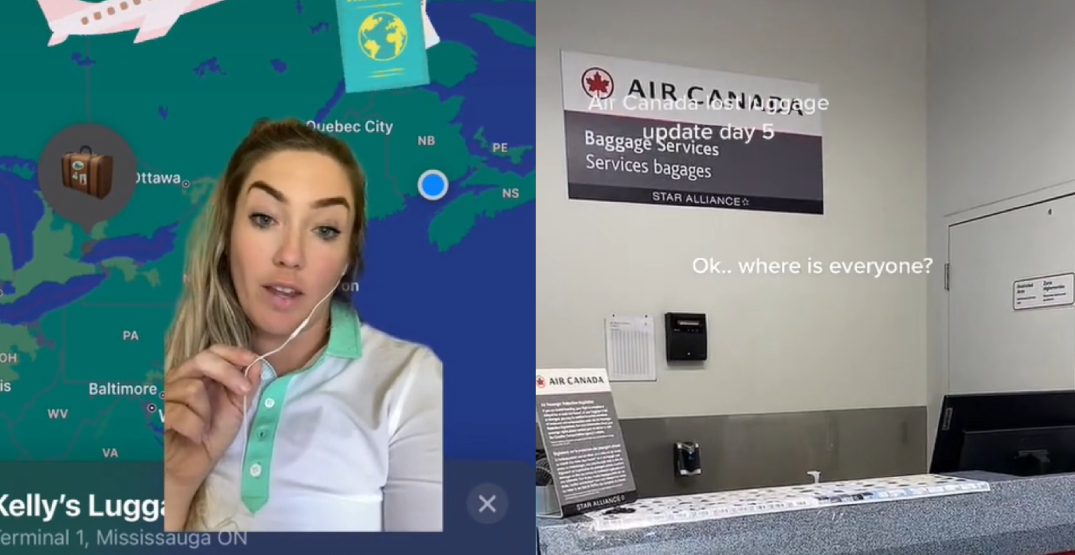 Lost bags and painful flight delays are among a growing list of disasters taking place at Toronto’s Pearson Airport. And it’s been weeks since the chaos ensued.

One traveller still hasn’t been able to track down her checked bags, even after 15 days. Another had the traumatic experience of losing her pet dog while flying through Pearson Airport.

The latest in this series of unfortunate events is the case of Toronto resident Kelly Laing.

In a series of viral TikTok videos, Laing explained she put an AirTag in her checked luggage before flying from Pearson Airport to Saint John, New Brunswick.

It’s been reported that AirTags can ensure luggage is never lost during a flight, but Laing had a daunting task at hand.

When she was unable to locate her bag after de-boarding her 1.5-hour Air Canada flight, Laing put the tracker to good use and documented the whole ordeal on TikTok. Her first video got over 1.1 million views.

It took Laing five whole days to locate her lost bag — that’s the length of 80 flights from Toronto to Saint John for those of you who love math!

In her latest TikTok, Laing said the lost bag ended up in Moncton, 135 km away from where she’s staying.

To avoid the same situation, Laing urges fellow passengers to forgo any checked bags and stick to carry-on on all domestic flights.