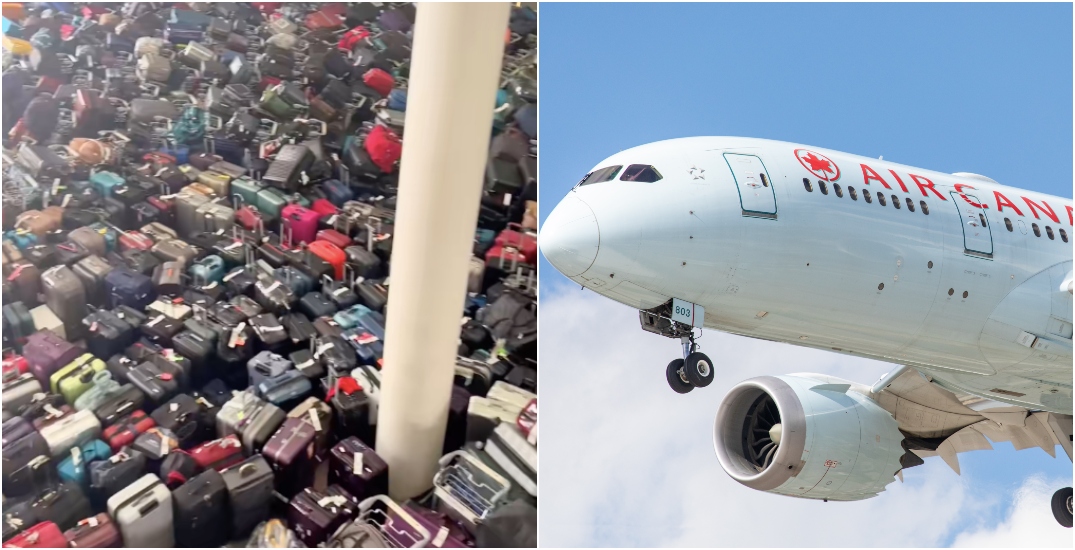 An Air Canada traveller had to purchase an entirely new wardrobe, toiletries, makeup, and “everything you could think of” after the country’s largest airline lost her luggage.

More than two weeks ago, Lori Harito flew from her hometown of Toronto to Heathrow Airport in London with a layover in Montreal.

In the 15 days since the start of her vacation, the Communications and PR Specialist at Boulevard of Dreams has had to “buy everything from scratch” after Air Canada misplaced her own belongings she had intended to bring with her to London.

While speaking with Daily Hive, Harito says Air Canada put her luggage on a flight that left for London 30 minutes after her own flight departed out of Montreal’s YUL.

“When I arrived at Heathrow, I checked the conveyor belt for my luggage without knowing that my bag was on a separate flight,” she recounts. “Mine wasn’t the only bag that didn’t make it. The majority of people on my flight didn’t get their bags. I immediately reported it to the lost luggage service, who told me that my bag was at the terminal, but they couldn’t locate where.”

Fast forward 15 days, and Harito still hasn’t received an update from Air Canada. She says she’s spent over two hours on the phone trying to reach a customer service rep but says the airline “isn’t even picking up calls” due to a high volume of travellers with lost luggage.

“I’ve become so desperate to get help or acknowledgement of the issue that I found Air Canada’s VP of Customer Service email and sent him a plea for help,” she says.

Harito says she went back to Heathrow’s luggage terminal after a week and searched for two hours for her belongings, to no avail. “I’ve been told there are thousands of bags at Heathrow waiting to get processed.” She says she’s spent hours buying new possessions and says it’s been a “complete waste of time just trying to recover my lost luggage,” and on top of it all, “there is no guarantee that Air Canada will compensate me for all of this.”

Over the weekend, a traveller’s video of the luggage logjam at Heathrow went viral, in case you need a physical view into the chaos that Harito is dealing with.

The Torontonian says she has since purchased new makeup, pyjamas, carry cases, skincare products, socks, and even shoes to compensate for her lost items. “Literally everything you could think of, I’ve had to buy it again,” she says.

Harito says if lost luggage accounts for more than $2,300, Air Canada legally has to compensate the traveller. She says the contents in her lost luggage are also worth “thousands of dollars.” After 15 days, the traveller says the “cost of the lost luggage and the cost of having to buy everything new has amounted to a VERY expensive trip with no finale.”

She says Air Canada allows you to submit compensation requests through the airline, but you can’t do so until you’ve received your bags — which she has not. “I can’t get compensated until I get my bag back…and I have no idea when that will be.”

Daily Hive has reached out to Air Canada for additional comment about its compensation policy and luggage backlog in the hopes that Harito and seemingly thousands of other travellers can get some much-needed answers.