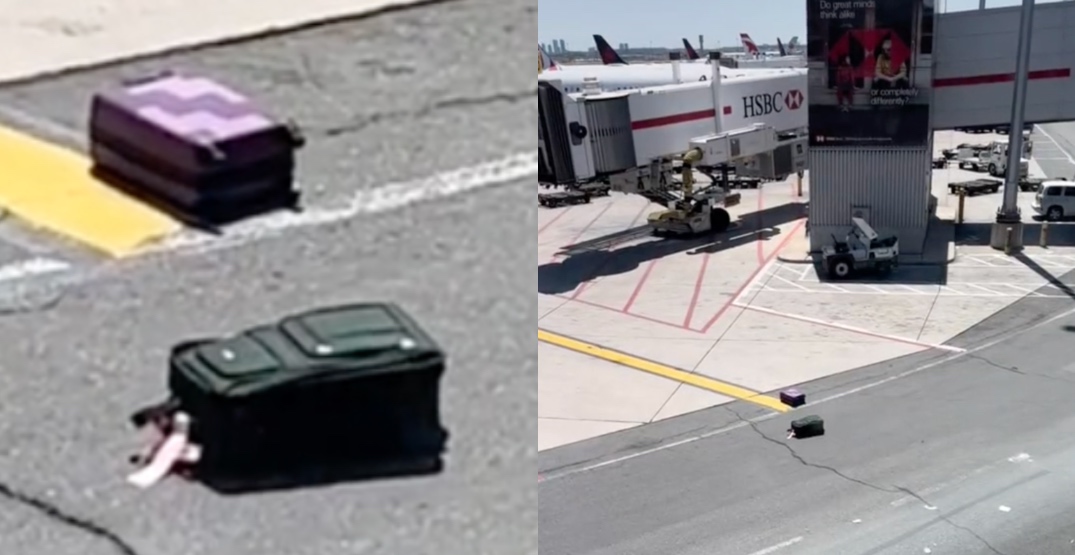 You board a plane and you assume your luggage makes your flight with you, right? For yet more Air Canada passengers at Toronto’s Pearson Airport, not so.

TikTok user Kathy Go @kathygosjourney said that travelling was “as bad as they say” in a recent video filmed at Pearson.

Her family’s 8 am flight got cancelled, so they were moved to an 8 pm flight. They were travelling with an infant so the experience had been “far from fun” so far.

Then, Go showed what appears to be baggage left on the tarmac, long after the flight has taken off. “If you’re flying Air Canada and you don’t have your bag,” Go said in the video.

“Because there’s no airplane but still two bags left.”

It is as bad as they say. This is today. July 9, 2022. Our 8am flight got canceled. Now were on a 8pm flight. We have an infant w us so it has been far from fun. #aircanada #aircanadafail #flightcancellations #flightdelays #fyp #viral #ifthatsyourluggageyourefcked

Pearson Airport and Air Canada did not respond to requests for comment from Daily Hive.

Incidents of lost luggage have plagued the air travel industry this summer as a resurgence in travel has been met with systemic staff shortages.

Airlines have already proactively slashed flights in anticipation of what’s proving to be a chaotic travel season.

As for Go, she didn’t get her bags, either. But she did end her video with a smiley shot of her and her family enjoying their vacation, anyway.