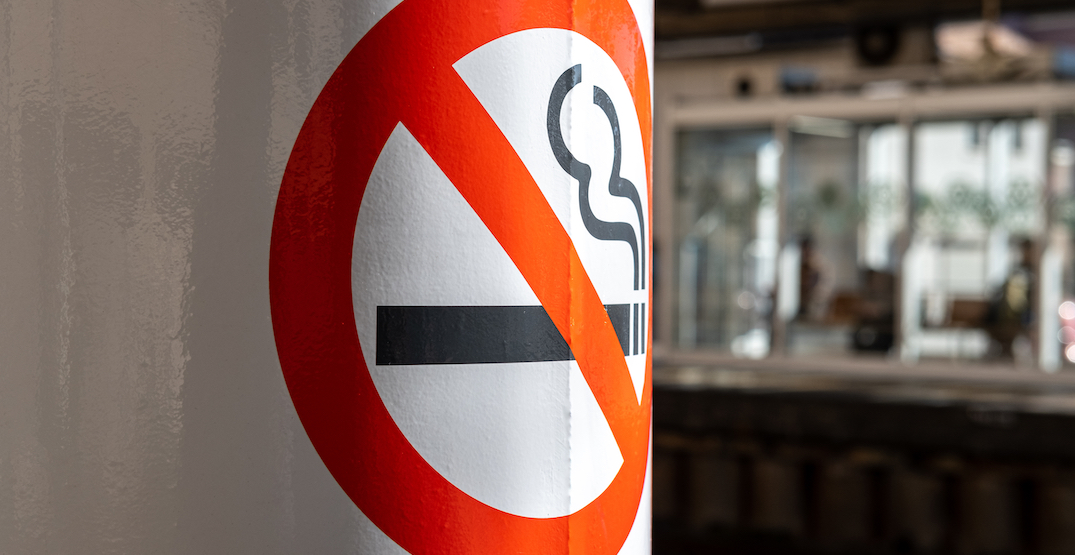 No smoking sign at a train station in Japan. (Shutterstock)

All forms of smoking and vaping will be banned across Metro Vancouver’s public transit system starting next month.

TransLink’s board of directors is expected to approve this week a new “12th Rule” in the public transit authority’s list of rules and regulations on passenger conduct. This amendment to the transit charter — banning smoking and vaping, and providing Transit Police with new enforcement powers — would go into effect on October 30, 2021.

As it turns out, TransLink currently does not have a blanket systemwide rule specifically against smoking and vaping. Instead, it has been relying on the authority it is granted by provincial legislation from placing signage on the system, such as “no smoking” signs, “do not enter the tracks” signs, and “penalty for misuse of emergency button” signs.

“TransLink does not currently have its own rule against smoking but rather relies on posted ‘no smoking’ signage, and the requirement in section 6 of the Greater Vancouver Transit Conduct and Safety Regulation that a person comply with posted signs,” reads a TransLink staff report.

“Creating a TransLink rule is an additional measure we can use to meet our legal obligations under existing legislation to ensure that our public spaces and workspaces comply with the requirements for creating a tobacco and vapour free environment.”

The enforcement of the “12th Rule” would be performed in the same way of enforcement under existing “no smoking” signage, starting with transit employees refusing permission to anyone caught smoking or vaping to enter a transit vehicle or property. If the individual fails to comply with this order, they can then be fined up to $150.00.

Transit Police already have powers under the Cannabis Control and Licensing Act to issue violation tickets to individuals smoking or vaping marijuana anywhere on TransLink’s system.

Following the amendment’s approval, TransLink will issue new communications informing the public and employees of the new enforceable rule, and install signage across the transit system to reflect the rule change.

The current “no smoking” signage prohibits passengers and employees from smoking within 7.5 metres of a transit vehicle, bus shelter or entrance to other transit property.

The provincial government’s general laws prohibit any smoking and vaping within six metres from all doorways, air intakes, and open windows to any public and workplaces. Provincial legislation stipulates if a local authority has a stricter bylaw addressing smoking and vaping distances, it takes precedence over the provincial requirement.

TransLink’s existing list of 11 Rules does not prohibit smoking and vaping: 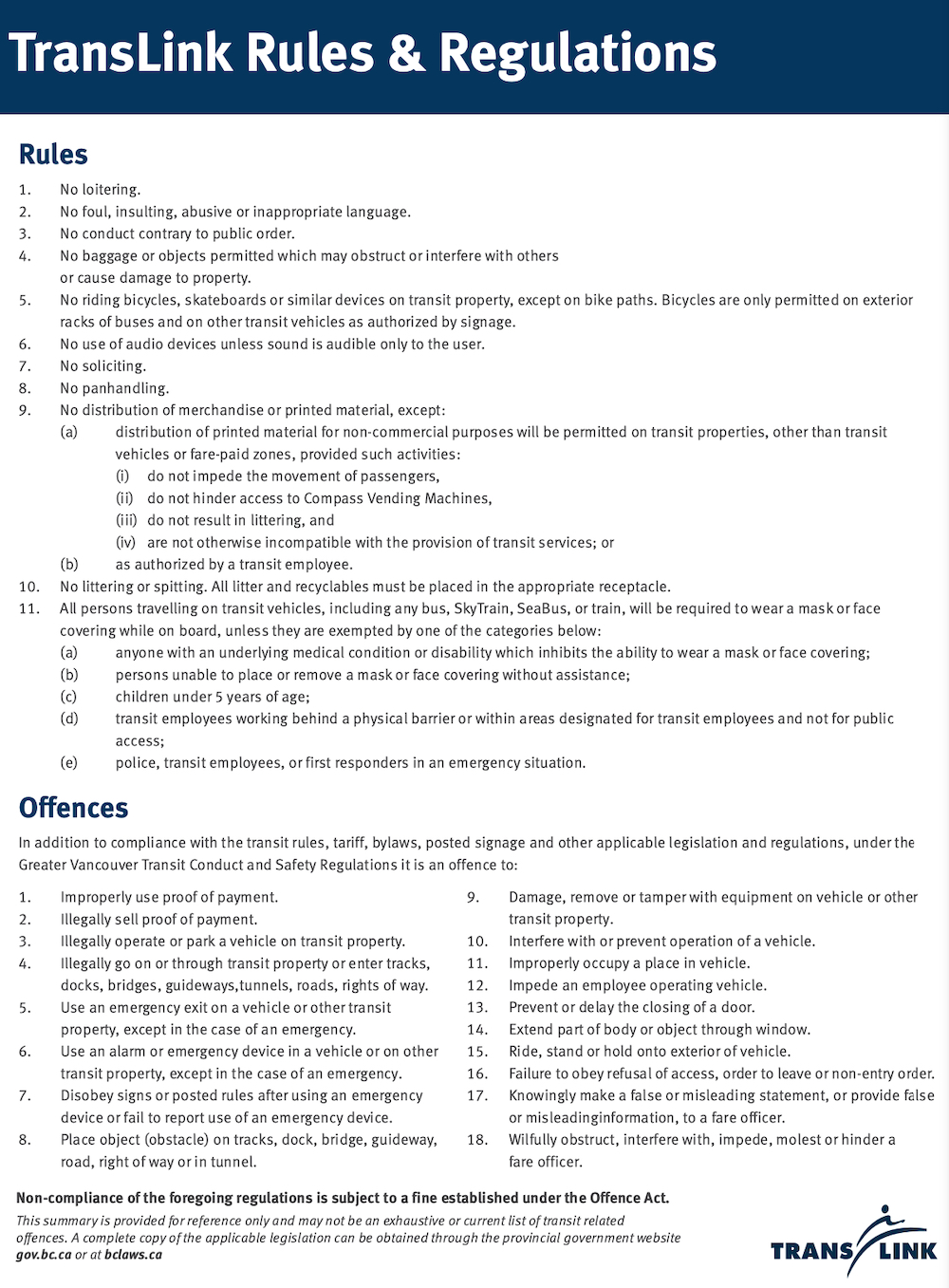