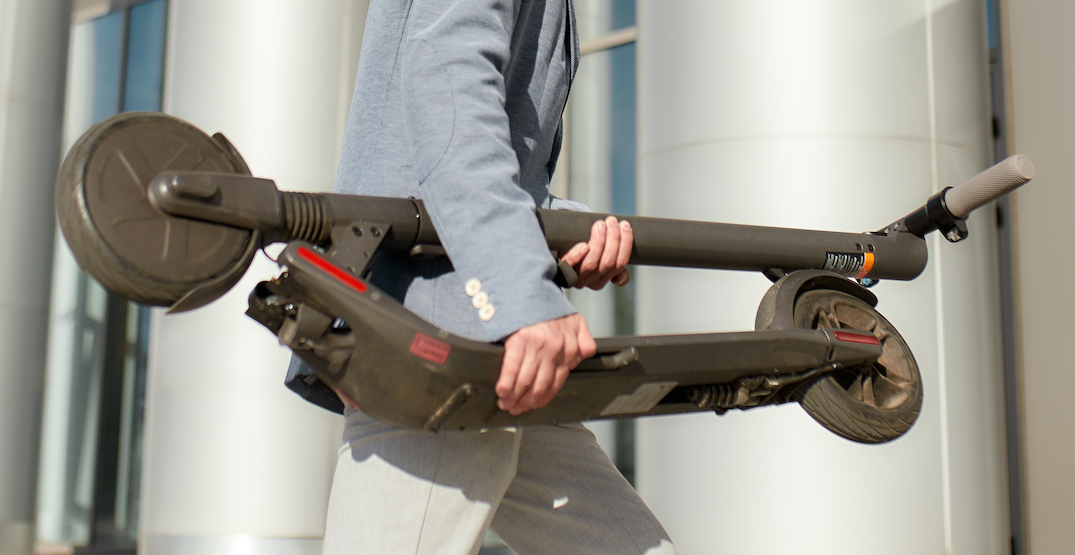 As of now, Metro Vancouver public transit passengers can bring their foldable, electric scooters onto a TransLink bus.

This is a new policy, adding to the existing ability to bring the devices onto SkyTrain, SeaBus, and West Coast Express.

However, TransLink notes that these e-scooters are only allowed if it is safe and there is capacity, at the discretion of bus drivers or other staff. Passengers with e-scooters may be asked to fold and store away their device while on board to occupy less space.

E-scooters are still not permitted on bike racks, and they cannot be ridden in stations or onboard any services.

Gas-powered and seated motorbike scooters are still not permitted on public transit.

TransLink says the policy shift is intended to encourage the use of e-scooters as a mode of transportation. Under a pilot project, the provincial government recently granted municipalities such as Vancouver, North Vancouver City, North Vancouver District, and West Vancouver with permission to pass bylaws to allow e-scooters to operate on select roadways. Richmond is aiming to join this pilot project with its own public e-scooter share program operated by Lime.

In October 2020, TransLink implemented a policy allowing bikes to be brought onboard the Expo and Millennium lines at all times of the day, and for any direction. The public transit authority maintains this is intended to be a temporary policy until further notice; it is expected to end when ridership sees a greater rebound.

Bikes have always been permitted on the Canada Line given the wider width of its train cars.