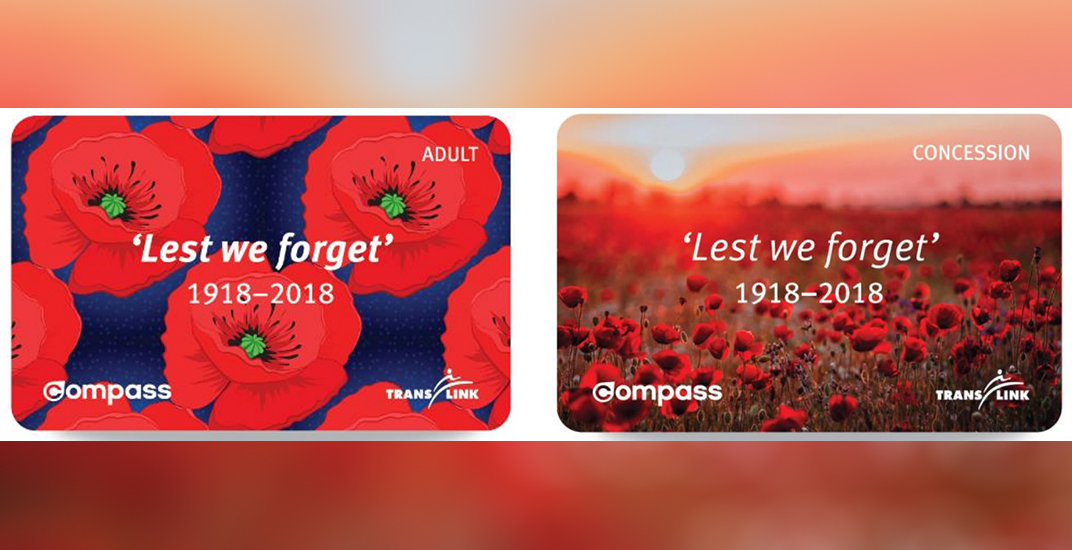 A new special-edition Compass Card with a design that commemorates the 100th anniversary of the end of the First World War and all Canadian Forces veterans that have served for Canada has been released.

TransLink says the cards, which are being rolled out ahead of Remembrance Day, are now available at 25 SkyTrain stations, with Compass ticket machines selling the cards displaying a Remembrance Day symbol.

These cards are also available at the Compass Customer Service Centre at Stadium-Chinatown Station.

In the spirit of remembrance, the public transit authority will be making a 10-cent donation to the Royal Canadian Legion’s Poppy Fund for each special edition card purchased.

There are two special edition card designs, with both featuring the iconic red poppy. One design features graphically-designed poppies, while the other features a photo of a field of poppies. 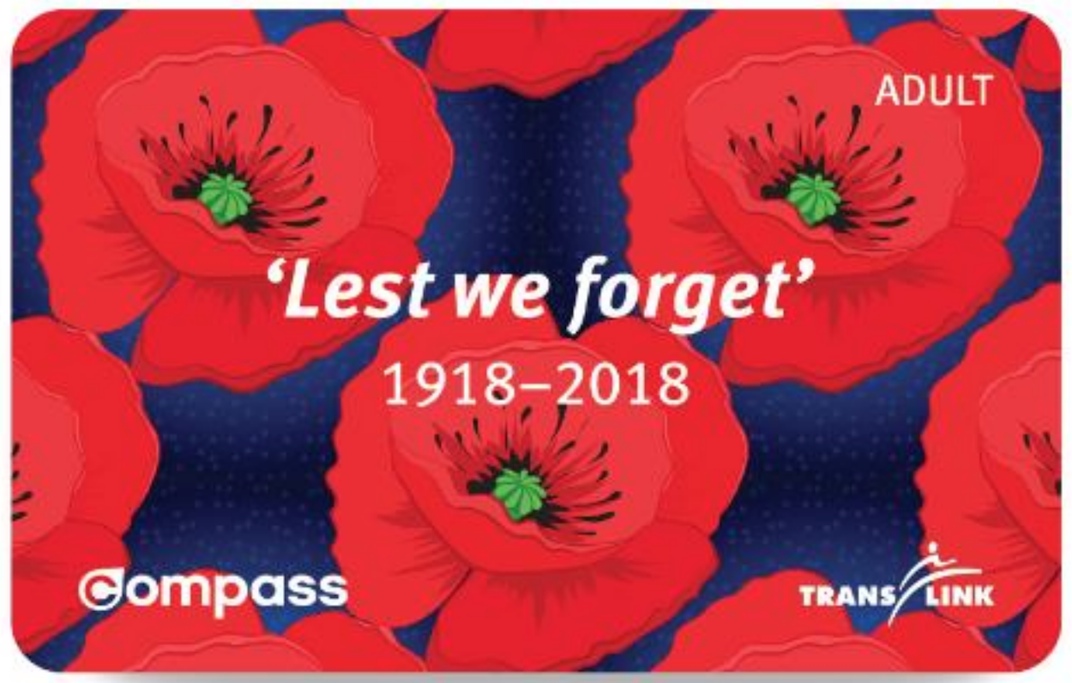 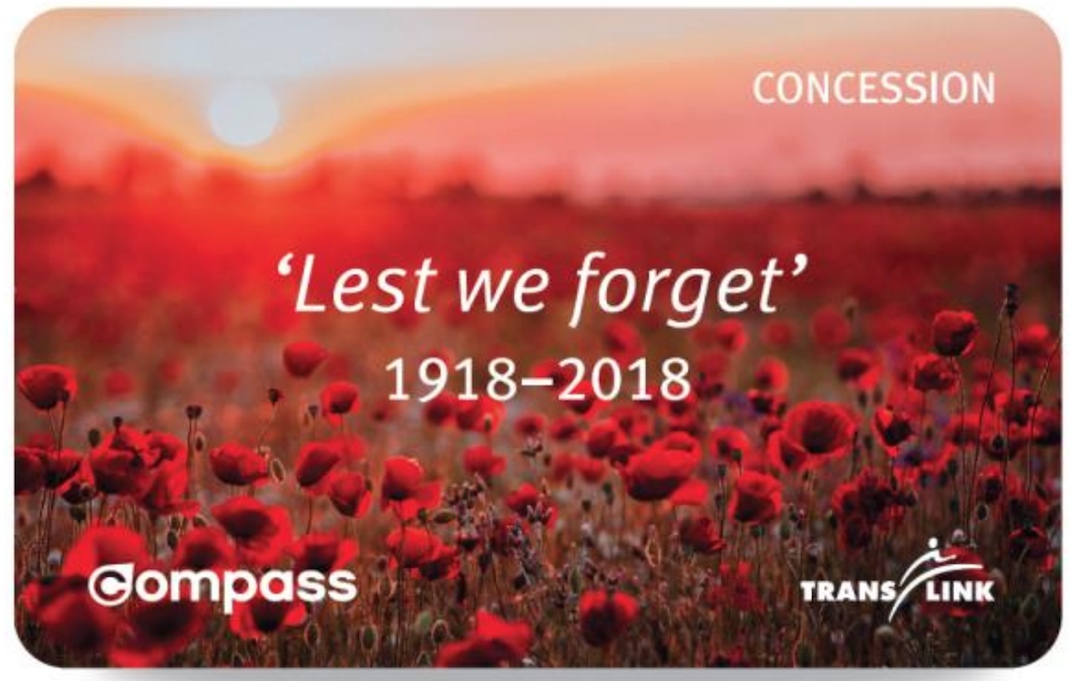