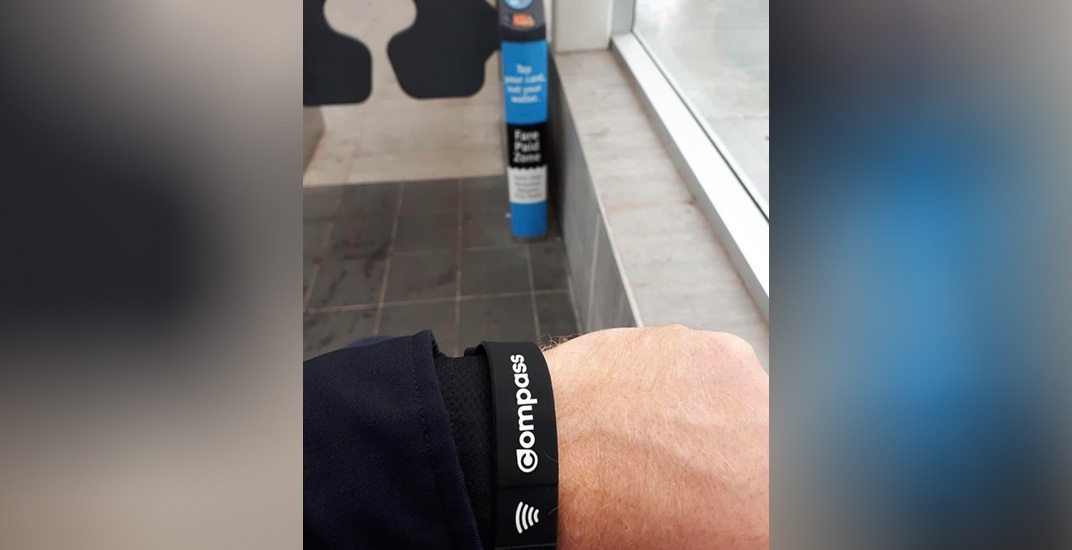 There could be a new, more convenient way for frequent public transit users to ‘tap’ onto the Compass fare system.

TransLink is testing wristbands that provide the same capability as the Compass Card, allowing passengers to simply touch their wrists onto the fare gates and bus card readers without the hassle of pulling out their card.

According to the public transit authority, the small testing group at this time is staff-only.

“TransLink is testing Compass wristbands as a potential alternative form of payment. The wristbands work the same as Compass Cards do. Customers would tap in and tap out at fare gates with the wristband,” TransLink spokesperson Jill Drews told Daily Hive.

“We are always looking for new ways to improve customer experience and this is one option we are exploring.”

She says more information on the new wristbands will be released over the coming months.

Other major transit systems elsewhere in the world have also introduced alternative fashionable designs to their transit payment smart cards.

Earlier this year, TransLink also rolled out VISA, Mastercard, and mobile wallet capabilities on its Compass system. During the Compass planning phase, officials also mentioned the possibility of a Compass smartphone app in the future.

And in January, it installed special radio-frequency identification (RFID) sensors at all SkyTrain stations and SeaBus terminals to enable a special tap-free RFID Compass Card for people with disabilities who have difficulty with tapping a normal Compass Card on a fare gate card reader.