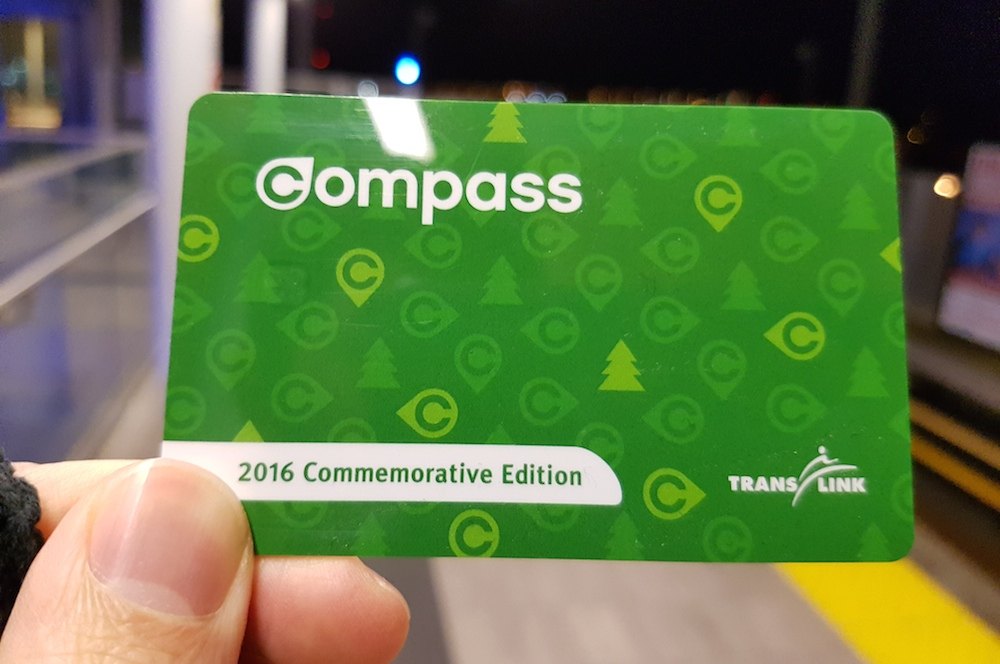 Is ‘Compass blue’ a bit too ordinary?

TransLink has issued a special edition of its Compass Card smart card – a green coloured smart card decorated with tree icons celebrating the recent opening of the Evergreen Extension of SkyTrain’s Millennium Line.

The cards are available, while supplies last, at the Compass Vending Machines inside the six new stations built for the expansion.

A recent survey by TransLink reveals that the public transit authority is considering expanding its Compass Card program to include commemorative editions of the smart card that could potentially celebrate special occasions and holidays. Other public transit smart cards systems in other cities, such as London and Hong Kong, offer commemorative and special edition cards as well.

The Compass Card program could potentially expand to include gift cards and accept tap-and-go credit cards and NFC-enabled smartphones. A smartphone app is also being considered to allow passengers to check and reload their balance.

Off in Seattle My dad got this, first in line I’m a transit geek

Just picked up a green @translinkbc compass card #compasscard #translink #evergreenline Remembering seeing the advertisement of the Evergreen line almost 20 years ago when I was a kid. It finally came true, many many many years later… But even with the new line, it will still take me an hour of transit with 3 transfers vs. 20min drive to work….