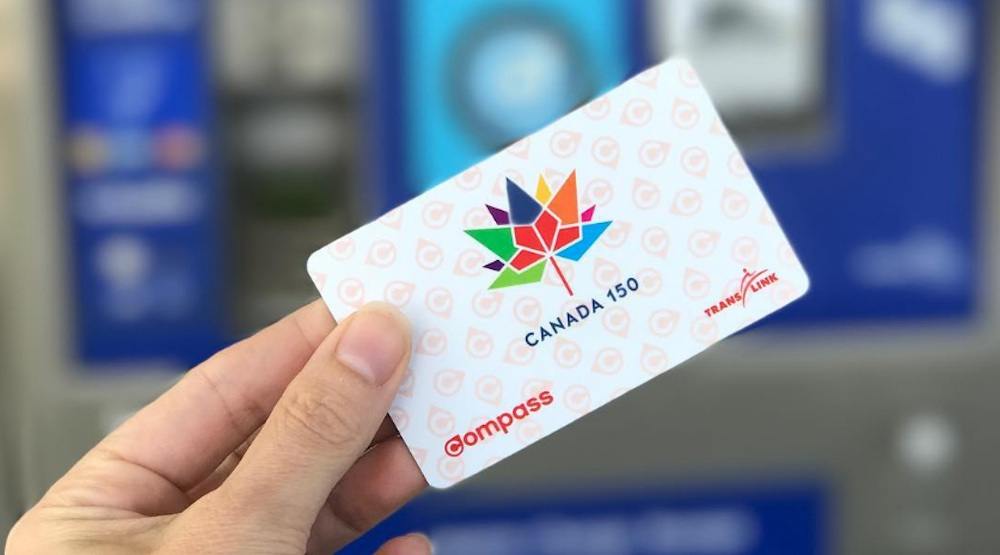 Special edition Compass Cards will be released in the lead up to Canada Day 2017 to mark Canada’s 150th anniversary of Confederation. 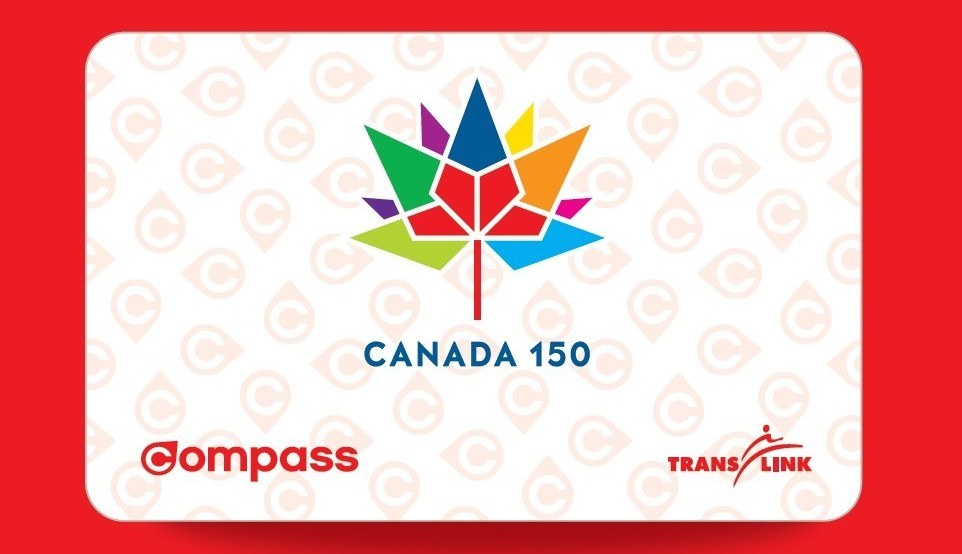 The public transit authority has produced 20,000 of these special Compass Cards, which will be made available at 16 locations across Metro Vancouver beginning Thursday, June 22, while supplies last: 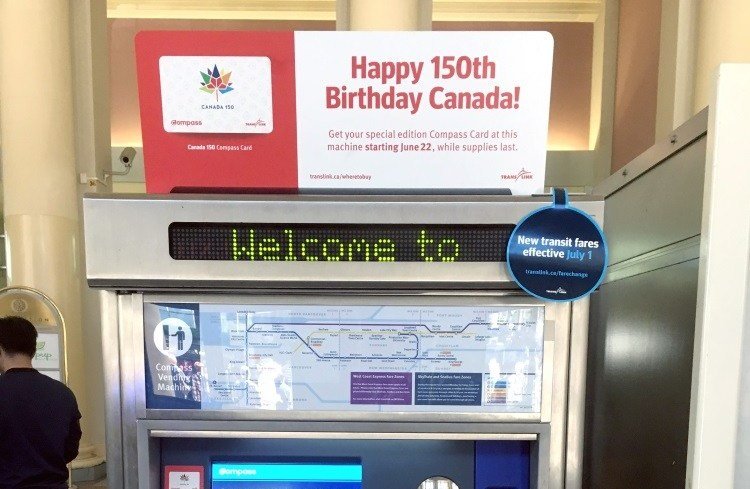 Canada 150 Compass Cards will be available at the Compass machines with the Canada 150 decal. (TransLink)

Earlier this year, TransLink launched a special edition green coloured Compass Card decorated with tree icons to celebrate the opening of the Evergreen extension of the Millennium Line.

Commemorative editions of transit smart cards are common on other major public transit systems – such as the London with its Oyster Card and Hong Kong with its Octopus Card – to acknowledge special occasions and holidays.

In the future, the Compass Card program could potentially expand to include gift cards and accept tap-and-go credit cards and NFC-enabled smartphones.