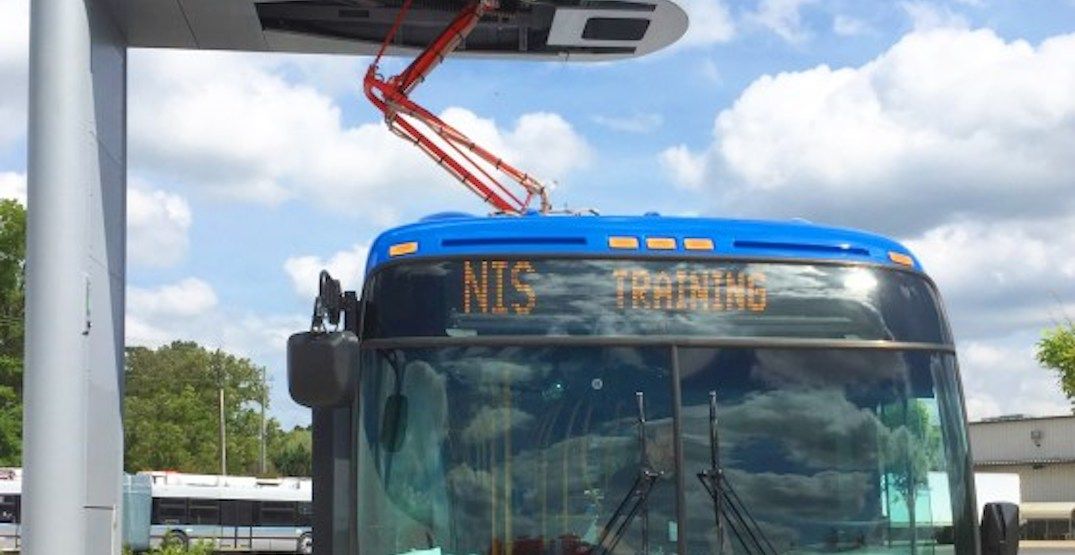 The pilot project tests the performance of two models by different Canadian manufacturers, with two buses from New Flyer and another two from Nova Bus. The first two buses are now in service, and the remaining two will go into service over the coming days.

Overhead catenary charging stations, designed and manufactured by Siemens and ABB, have been installed at both ends of Route 100 at Marpole Loop and the 22nd Street Station bus loop. A five-minute quick charge will provide each bus with enough battery life to run 100 km.

“Today we mark a major milestone for the future of transportation in our region,” said Kevin Desmond, the CEO of TransLink, during a press conference this afternoon.

The introduction of these buses are the first of many to come, as TransLink has a plan to reduce its emissions by 80% by 2050, largely from the gradual transition from the existing diesel buses to electric-battery vehicle models.

“Indeed, today is truly the start of a new era, an era where clean energy is not only an option but a default fuel of choice,” he said.

Each bus carries a higher cost of about $1 million — about twice the cost of a conventional diesel bus — and the charging stations are also approximately $1 million apiece.

But significant savings are expected during the operating lifetime of the vehicles, with each bus reducing fuel costs by $40,000 compared to a conventional diesel bus and reducing 100 tonnes of greenhouse gas emissions annually. 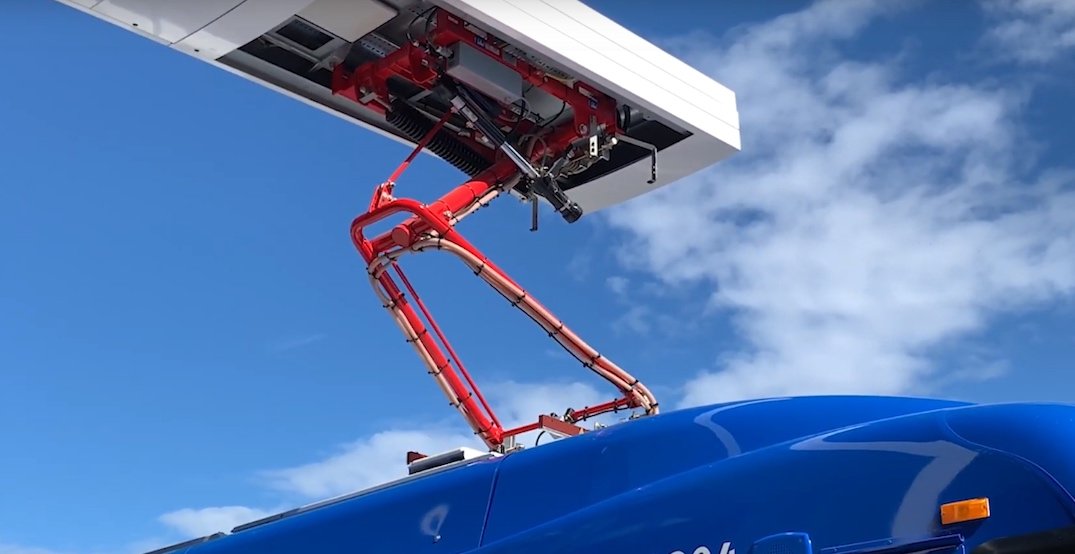 Along with the clear long-term financial and environmental benefits, these buses are also smoother and quieter for added passenger comfort.

Depending on whether further funding is secured, TransLink is aiming to acquire six additional electric-battery buses next year to fully electrify Route 100.

According to Josipa Petrunic, the Canadian Urban Transit Research & Innovation Consortium (CUTRIC), her organization worked closely with TransLink and the various manufacturers to standardize the designs of the charging stations and the bus charging connections to ensure interoperability as the fleet expands.

“Four years ago when we first started this project and we had this idea of interoperability and standardization, folks literally told me and my team that ‘we were crazy, it’s not going to happen. It’s never going to happen. Standardization is expensive, it’s not going to be possible to get manufacturers to agree and redesign,” she said. “I have to say that victory tastes sweet.”