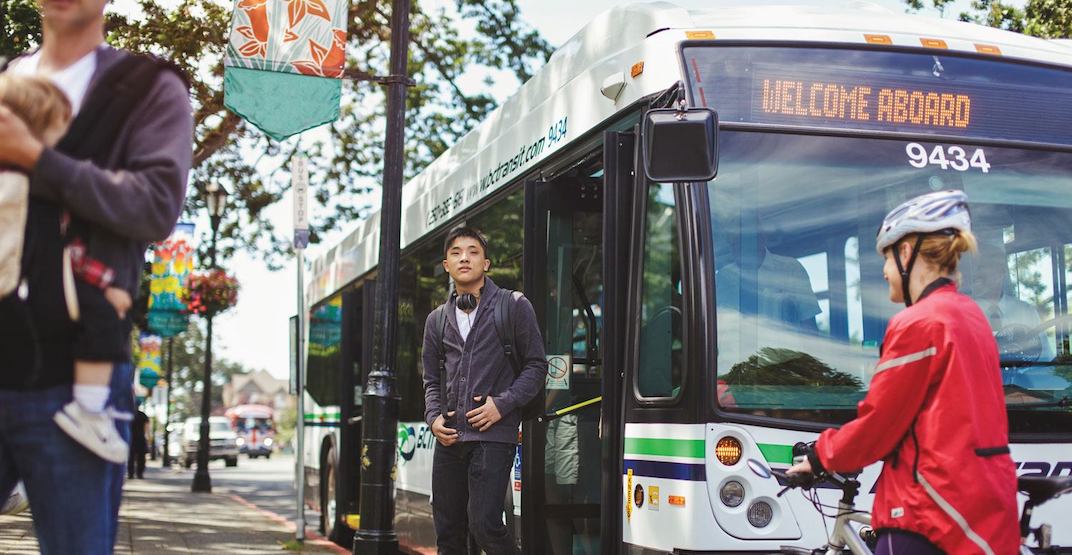 A BC Transit bus vehicle. (BC Transit)

The provincial transit authority has announced a new plan to gradually transition its entire bus fleet into zero-emission, electric-battery vehicles by 2040.

Beginning in 2023, BC Transit will only buy electric-battery buses for its new fleet additions and replacements. Existing buses reaching the end of their lifespan will be replaced with these electric-battery bus models, which are not only cleaner but also quieter and more comfortable.

During this decades-long transition, the transit authority will also be acquiring some compressed natural gas (CNG) vehicles, which enable the use of renewable natural gas, as the first step to low-carbon technologies.

Earlier this month, BC Transit confirmed order of 10 electric-battery buses for deployment in 2021. It is also introducing CNG buses and fuelling infrastructure in its service areas of Victoria and the Fraser Valley, including 34 medium-duty and 68 heavy-duty buses to the current fleet of 128 CNG buses.

“Transit can have its biggest impact on reducing greenhouse gas emissions by getting people out of their vehicles and onto the bus. However, we also need to transition our infrastructure, including our buses, to reduce our environmental footprint,” said Aaron Lamb, vice-president of asset management for BC Transit, in a statement.

“We are excited to be working with the Province of BC and local government partners towards creating a more sustainable future.”

BC Transit’s new strategy completely aligns with TransLink’s strategy of also transitioning to zero-emission buses by 2040 through the adoption of electric-battery buses for its future fleet.

The provincial transit authority currently has over 1,000 buses in its fleet.

As for TransLink, it is scheduled to receive over 500 new and additional buses throughout 2019. This includes 238 new buses to replace ageing fleets and 105 new buses for service expansion, as well as 88 new buses from a batch that began arriving in 2018.

Four electric-battery buses will go into service later this summer on the Route No. 100 between Marpole Loop and SkyTrain’s 22nd Street Station for a 2.5-year-long electric vehicle pilot.

“Electric buses are a big opportunity both to cut our carbon footprint and to bolster leading Canadian companies, and it’s encouraging to see more Canadian operators commit to zero-emission vehicles.”