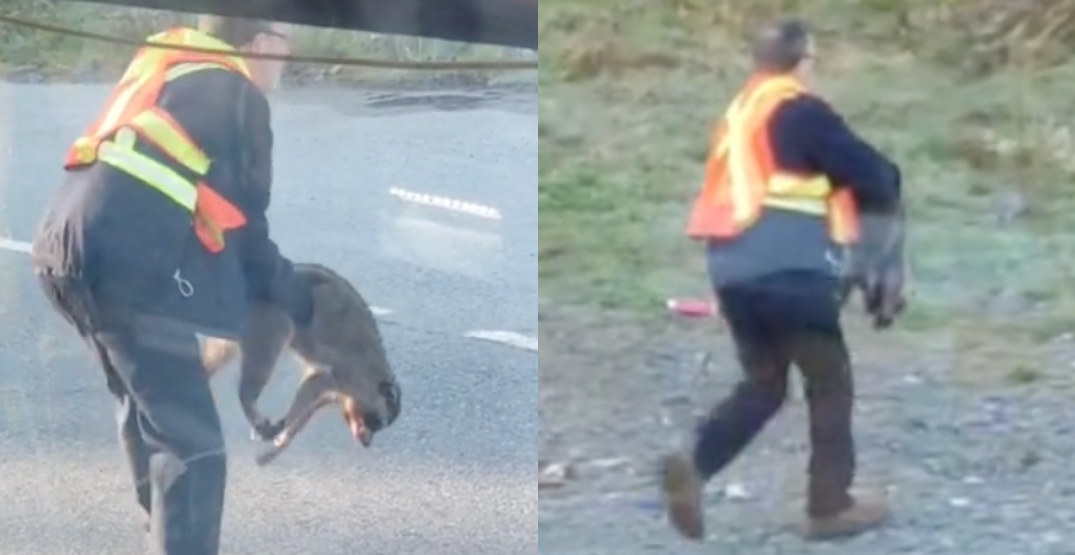 A compassionate bus driver is going viral on TikTok after a video of them saving some local wildlife from the road was shared on social media.

TikTok user vanlife_mj9 uploaded a video on Thursday, April 21 that they appeared to have filmed from inside a bus.

In the video, you can see the bus driver in their high-vis vest carefully pluck a raccoon up from the road and carry it over to a more wooded area on the other side.

@vanlife_mj9 I want to go to work at the morning and the bus driver saw this poor racoon in the road .He stop the bus and he put him out of the road. let’s trand this kindness video #tik_tok #vancouver #vancouverbc #vancouverfoodie #can#life#kind#kind#huma#dream#life#bts#trand ♬ human – christina perri

As the driver sets down the raccoon, you can see them give it a little considerate pat before heading back to his bus.

In the comments, the video’s creator said that the bus route was the 255 Capilano and that it happened on Wednesday, April 20 near the Lions Gate Bridge. “The bus driver call animal rescue,” wrote the creator.

The video has gotten a huge response, with over 150,000 views, and commenters love the driver’s heroic actions.

“This man deserves an award for his loving spirit!” said one commenter. “OMG ITS MY FAVOURITE BUS DRIVER – 255 Capilano he’s an angel!!!!” said another.

According to the SPCA, raccoons in BC do not carry rabies unlike those in Ontario, so it’s not a risk to the driver.