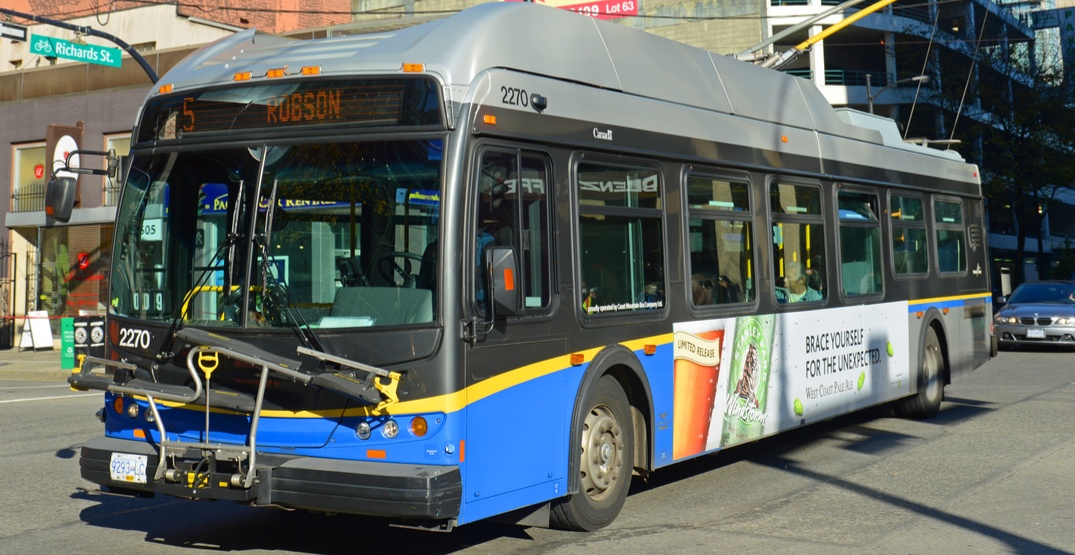 Drivers in Port Moody may have been surprised to see an entire TransLink bus lying in a ditch on its side on Sunday, January 9.

Port Moody Police told Daily Hive Urbanized by email that they responded to a report of a two-vehicle collision around 10:30 on Sunday morning on Barnet Highway near Reed Point Way.

“Initial information suggests the driver of a westbound pick-up truck lost control ending up on the eastbound lanes of the highway and colliding with an eastbound transit bus. As a result of the collision, the bus rolled into a ditch,” Constable Sam Zacharias said.

“We believe road conditions played a role in the collision,” they said.

According to police, there was only one passenger on board at the time of the collision.

TransLink has confirmed the incident and deferred all details to Port Moody Police.

“No serious injuries were reported by any of the occupants involved, however, I believe some occupants were transported to hospital for further evaluation,” said Zacharias.

We are dealing with a collision on Barnet Hwy / Reed Point where a truck lost control, colliding into a bus – the bus ended up rolling into a ditch.

Thankfully no serious injuries. The road is reduced to 1 lane at this time. Please use extreme caution as roads are very slick.

In a tweet, Port Moody Police asked drivers to use “extreme caution” due to slick road conditions. Metro Vancouver has been snowy and icy after being under snow since Christmas Eve.

Be sure to read up on winter driving tips and be extra careful on the roads before you head out.