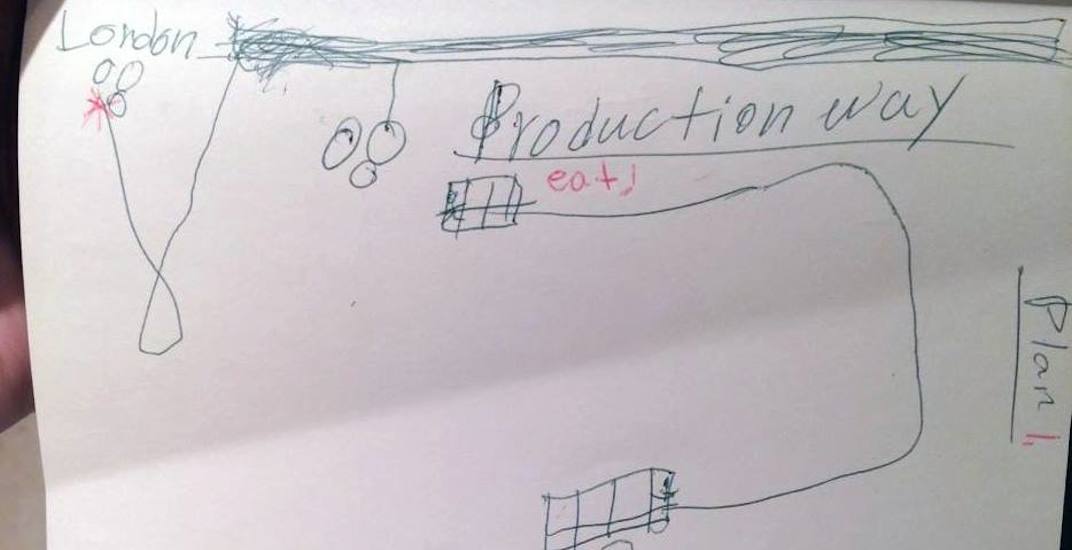 Photo of the crudely drawn journey map by the kids. (Transit Police)

Vancouver Transit Police are reminding riders to report anything that seems out of place or a cause for concern during any journey after an incident on Monday night.

According to police, two girls, ages 10 and 12, having a sleepover “snuck” out of a Burnaby house to go on an adventure that involved following their hand-drawn map for their journey.

Based on the map they drew, it appears their final destination was London. 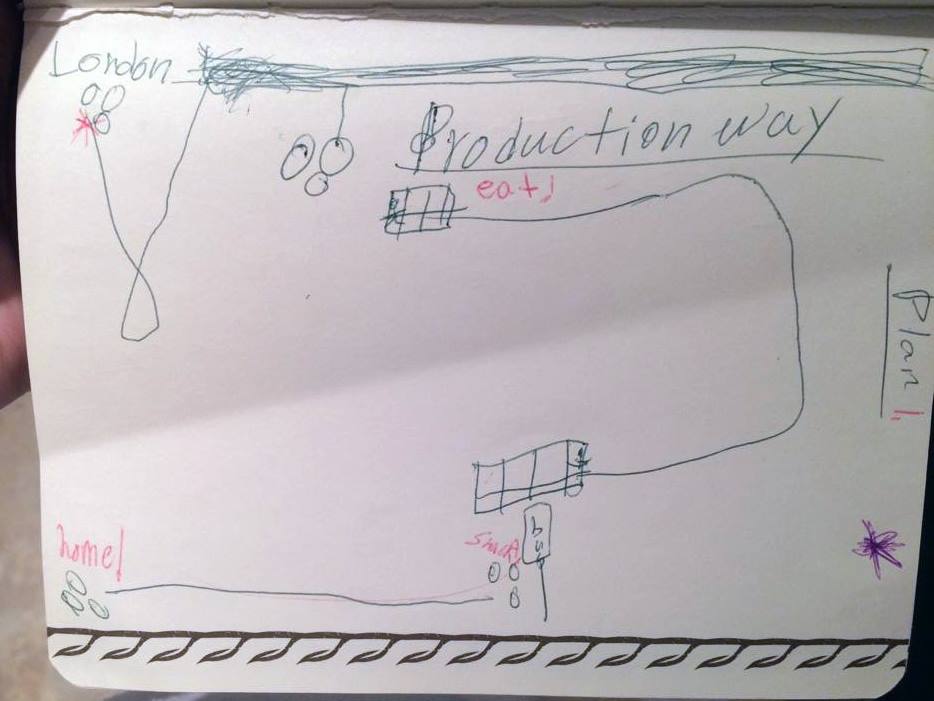 Photo of the crudely drawn journey map by the kids. (Transit Police)

“Fortunately they didn’t realize how much potential danger they were putting themselves in, or the distress they were causing their parents,” reads a Facebook post by Transit Police.

A bus driver called Transit Police after the two pyjama-wearing children boarded his bus just before midnight, and two officers were deployed to pick up the children and bring them home.

“I’m glad to hear that it’s all good, but this is something we all would have done,” said Ed Boleak, the bus driver.