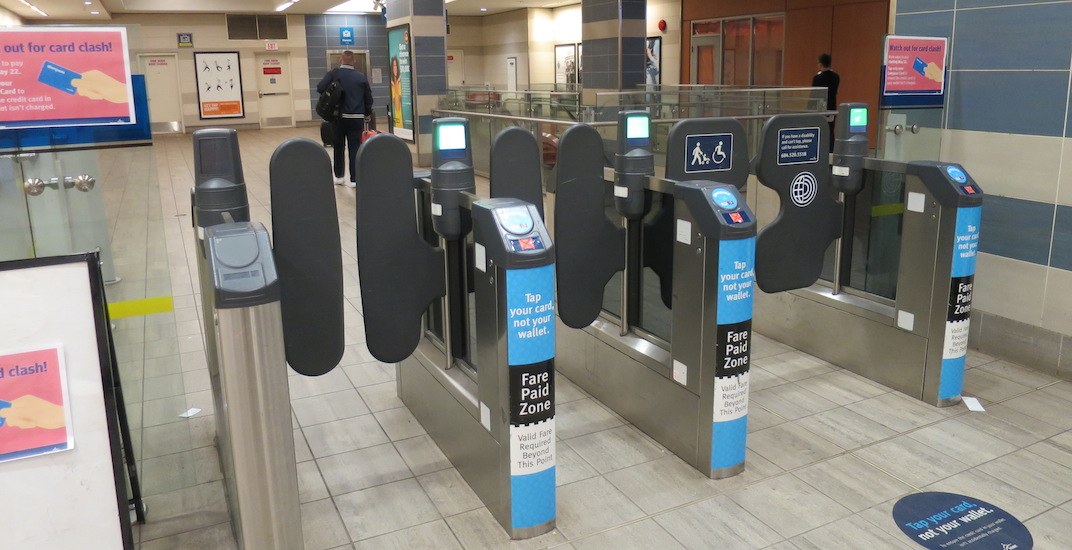 According to a statement from Transit Police, two skimmers were found in CVMs at the Vancouver International Airport and one skimmer was found in a CVM at Vancouver City Centre Station.

Metro Vancouver Transit Police have determined that the skimmers had not been in the machines at the Vancouver International Airport prior to Sunday.

They haven’t, however, been able to determine when the skimmer at the Vancouver City Centre Station was placed.

At this time, the devices are undergoing forensic analysis. It’s unclear whether or not any card data was obtained.

Transit police explain that “out of an abundance of caution, all customers who used their debit or credit cards in the CVMs at one of those two stations on Sunday, July 8” should “check with their financial institutions to ensure their cards have not been compromised.”

The investigation is still ongoing and no further information is available at this time.