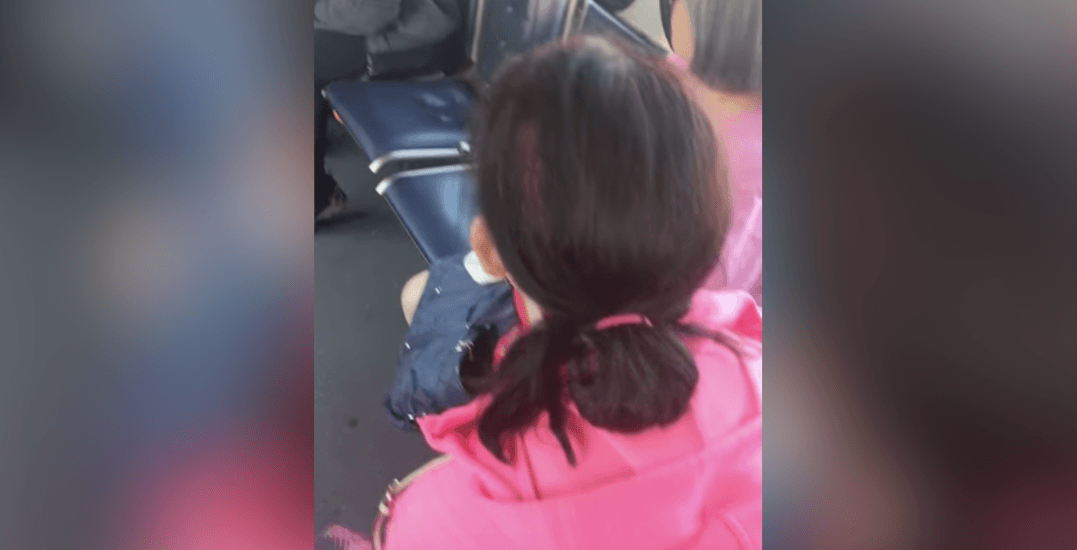 Metro Vancouver Transit Police are investigating a racist encounter that occurred on a  Vancouver bus this weekend.

Video footage of the incident was captured on camera and uploaded onto YouTube by a witness on the bus named Randy Keeping.

The video begins with a woman in a pink sweater accusing a female passenger who speaks with an accent of “being racist.”

Keeping told Daily Hive that the exchange, which took place on June 23, initially began with the lady in pink thinking a woman speaking English with an accent was making fun of another passenger in a different language.

But then the woman in pink began to make various racist comments to the woman with the accent by telling her to “go back to [her] country” and to “stop talking [her] language.”

At that point, Keeping stepped in while continuing to film the incident.

The back-and-forth continues and Keeping gets off the bus.

Keeping told Daily Hive that he felt strongly about stepping in and saying something.

“I’ve been the bystander before and its embarrassing to stand by and do nothing,” he said. “But her tone and the hate that was coming out of her mouth… I just had to [speak up].”

Sgt. Clint Hampton with Metro Vancouver Transit Police confirmed with Daily Hive that the incident took place in the Joyce-Collingwood area and an investigation is currently underway.

“Our investigation has just started,” he said.

Hampton says that when passengers do witness a racist incident on transit, staying safe should be a priority.

“It’s tricky, no one incident is the same to the next,” he said. “Some people like to film those kinds of incidents and sometimes it’s not safe.”

But Hampton says TransLink does have a way to report any threatening physical and verbal altercations that occur on the bus or SkyTrain.

These are the numbers for TransLink’s “See Something, Say Something” line, where passengers can report “any issue that doesn’t require an emergency response” directly to Transit Police.