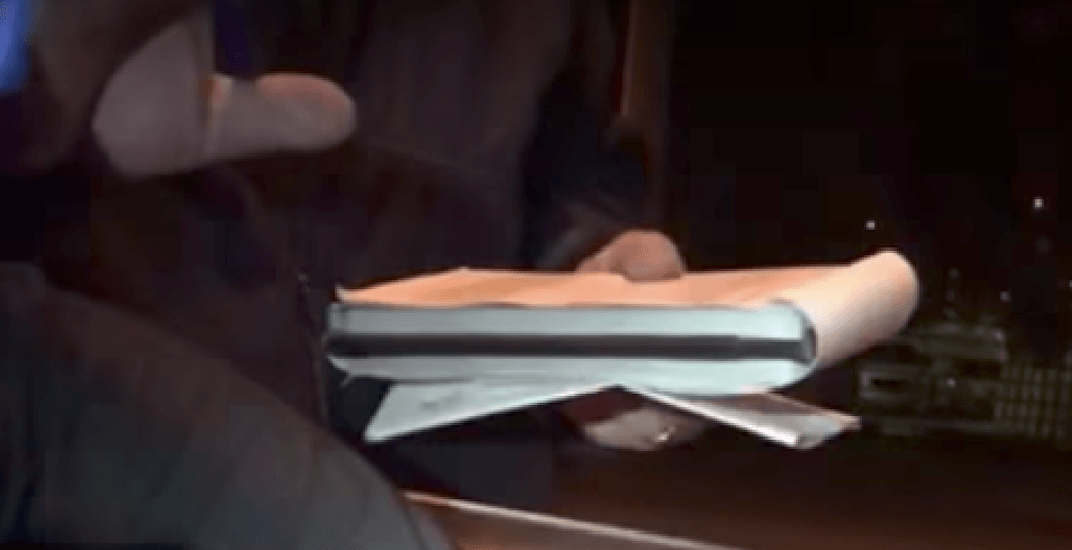 Metro Vancouver Transit Police are commending two of their officers for maintaining their “composure and professionalism during a situation which was clearly unpleasant.”

This past Saturday at around 8:30 pm, two patrol officers were in the area of 88 Avenue and King George Highway in Surrey when they encountered a speeding vehicle, said Transit Police spokesperson Anne Drennan.

Drennan told Daily Hive the vehicle was stopped and during the process of writing a traffic violation ticket, the driver and passenger in the vehicle both became “verbally abusive” to the officers.

“Our officers remained composed and professional during the incident, issued the ticket and left the area,” said Drennan.

The officers issued a traffic violation ticket of $138.