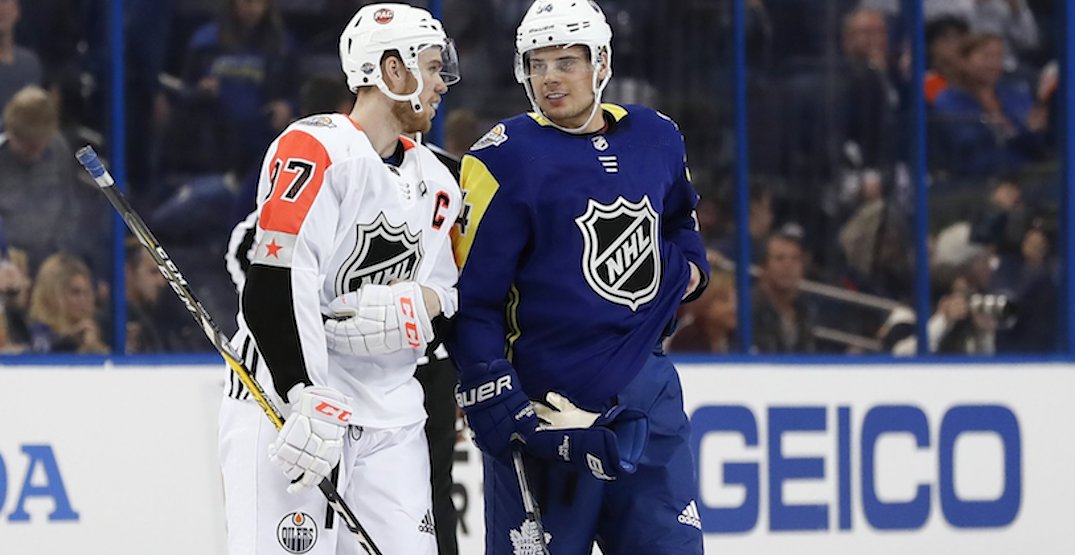 After weeks of negotiation and speculation, the NHL’s hub city race appears to have reached an end. TSN’s Bob McKenzie is reporting that the two hub cities will both be north of the border, in Toronto and Edmonton.

Barring any last-minute complications, and we have seen some of those (Vancouver and Las Vegas), the two NHL Hub cities will be Edmonton and Toronto. 🇨🇦

It’s been a wild turn of events in the last week, as Vancouver and Las Vegas were once seen as locks to host games. But when British Columbia refused to alter its strict health rules, the NHL pulled out of Vancouver, with most assuming Toronto and Edmonton would battle it out for the lone Canadian hub.

The NHL successfully convinced the Canadian government to redefine its mandatory 14-day quarantine rule for incoming travellers, something the league required to allow players to continue training for the upcoming season. Teams will operate in a cohort quarantine, with players, coaches, and staff staying in a hotel away from the public. They will be tested frequently, perhaps even as much as once per day.

Despite Las Vegas’ unmatched hotel infrastructure, the NHL was likely scared off by increasing cases in Nevada in recent weeks. Nevada has reported 1,661 new cases in the last two days alone.

Ontario, meanwhile, hasn’t been able to reduce numbers to match BC or Alberta, but has seen a steady decline through most of the month of June, with 157 new cases reported on Tuesday. Alberta, meanwhile, reported 45 new cases on Tuesday.

Players from around the league have begun returning to their team’s home cities, in preparation for training camps, which are set to begin on July 10. An expanded 24-team Stanley Cup playoff tournament is likely going to begin at the end of July or early August, with an official announcement expected soon.