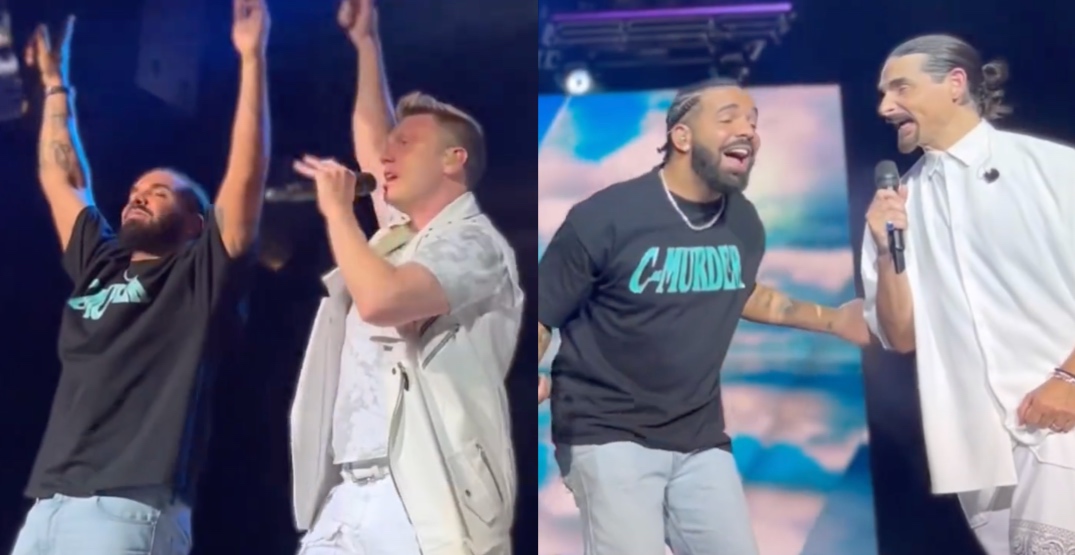 As the Budweiser Stage in Toronto was taken over this weekend by the Backstreet Boys, Drake just couldn’t help himself.

At a show on Saturday, July 2, as part of their DNA World Tour gracing Canada this summer, the 90’s boy band was joined by Drizzy on stage – and the fans were here for it.

And Drake thinks so too. Usually, AJ McLean will close out the song by singing the final line, but he gave it up to Drake instead.

A docu-series about the making of this Backstreet Boys tour will also be available on the band’s official YouTube channel and the first episode is already ready to watch.

Feeling the FOMO? The Backstreet Boys have plenty of other Canadian concert dates planned later this summer: