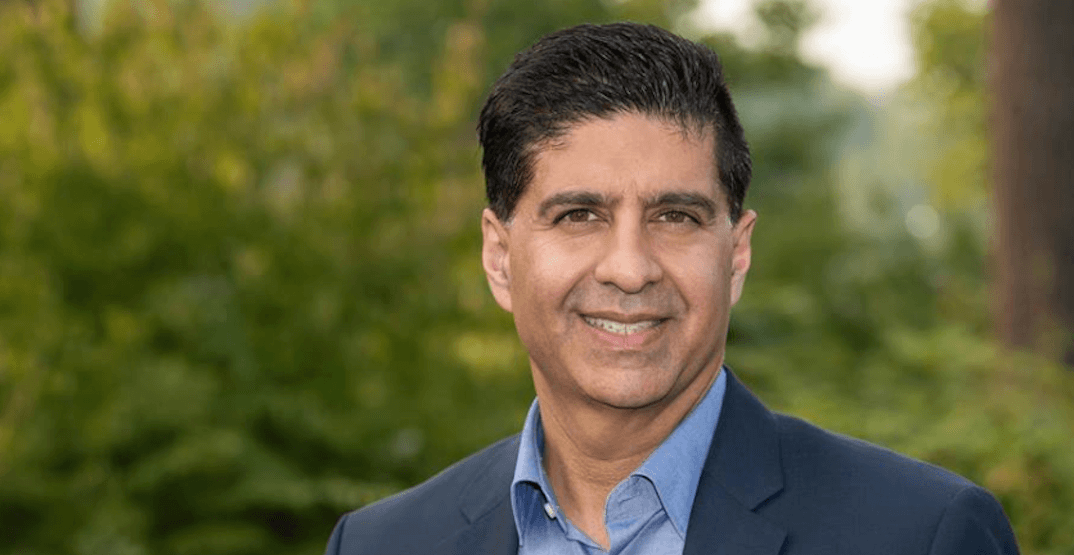 When Tom Gill first moved to Surrey in 1986, he’d turn on the radio and “there’d be always a joke” about the city.

But now, as the sitting city councillor with the Surrey First party continues his mayoral campaign, he stresses that those days are in the past and times are quickly changing.

“I think what’s being highlighted in the media is contrary to what –and where – Surrey is,” he said.

And while he concedes that there have been a couple of “really horrific incidents” in the city, Gill is firm in his belief that “Surrey is a safe city, no question.”

In a sit-down interview with Daily Hive, Gill touched on a number of topics and issues of discussion in the city he calls home, leading up to the election this October.

“I think that the region undervalues Surrey,” he said. “We’ve got a lot going on in that city and when you actually look at who we are as people, I think that’s we’ve got a tremendous amount of opportunity –more than any other Lower Mainland community.”

When it comes to the city’s ever-growing and expanding downtown core, Gill believes the city has “by far the most unique opportunity that any city in this world has – we’re creating a downtown core from scratch and I don’t think that’s ever been done.”

He noted that big investment in terms of things like the City Hall Plaza, the library, and “20 towers that are currently underway,” shows there’s “tremendous opportunity” for residents in the city.

“I think that the idea is really to create that second vibrant downtown core south of the Fraser and building that bridge to create that opportunity is kind of where my thoughts are,” he said. “My vision is to create that perfect 21st-century city and the puzzle pieces that we have in front of us, may just permit us to do that.”

When it comes to the subject of light-rail transit (LRT) projects being built in the city, Gill has been – and continues to be – steadfast in his support for them.

“I think we need to embrace technology, particularly light rail transit I think that is by far the biggest game-changer in this election,” he said, adding that the time to build is now.

“I think the impression that has been given by others in the community is that there’s an opportunity to change the game,” he noted. “The only opportunity that I can suggest is that if this opportunity is not seized, then we likely will be going through a ‘Waterloo’ example, whereas LRT was proposed at one time, 15 years ago, and now they’re back at LRT.”

At the end of the day, he noted, the city has $1.65 billion on the table full-stop, period.

“I think it’s a huge opportunity.”

Gill is also fully away the project has its detractors.

“What I learned in my life is that when you have engineers trying to communicate to the general public, I think that in itself is a bad combination.”

Instead, Gill believes “that we should have used experts in the field to be able to help devise a plan to deliver a message to the common folk, to help articulate what it means to have a transportation choice that’s been endorsed for well over a decade. We’ve spent a tremendous amount of time planning around what kind of system we need in Surrey and how is that system going to move Surrey forward.” 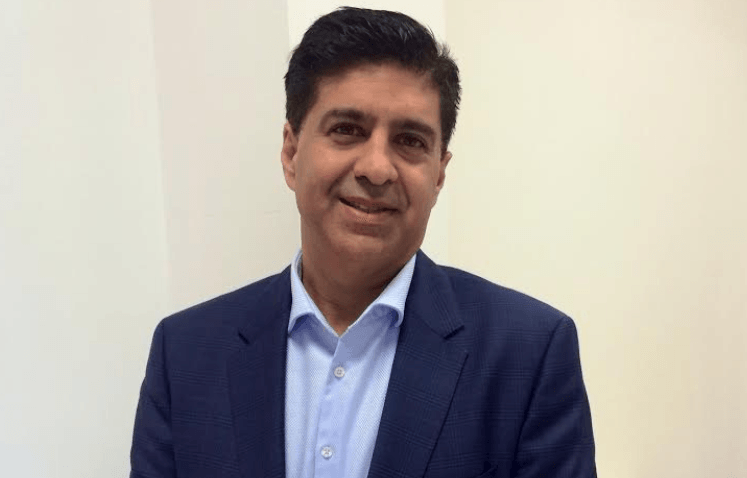 While he can appreciate that there’s a large contingent of people would support expanded SkyTrain in the city, he noted the system is not without its faults.

“When you look at SkyTrain, there’s no thoughtfulness of how surrounding areas would develop with it,” he said. “With LRT, we’ve been really thoughtful in terms of how is this going to shape our city, where the density’s going to be, where people are going to live, and how they’re going to get to work, so the idea around it is quite different.”

SkyTrain, he added, “kind of runs on a diagonal and doesn’t service all parts of Vancouver; it really is to get people to the downtown core.”

In Surrey, he furthered, “we are three times the size of Vancouver, so the issue is geography.”

All told, “we believe that we need 150 km of light rail transit in our city, and currently SkyTrain offers 99 km – so when you’re looking at the sheer magnitude of what we need in Surrey, I would use the word ‘impossible’ to be able to fund that level of infrastructure.”

And while Surrey may be bigger than Vancouver geographically, “the ridership is simply not there to support SkyTrain,” he said.

“I don’t understand why we keep having this discussion. It doesn’t work and nor is it funded,” he furthered. “The opportunity that we see with LRT is quite simple, it’s going to permit us to expand the line, and modify the line at our whim. It costs $3 million to put a new LRT station in, versus $40 million for a SkyTrain hub.”

Gill said people need to be aware that there’s been “some misrepresentation” of information surrounding the project.

“What bothers me the most is the suggestion that we haven’t done enough community consultation,” he added. “In terms of the scare tactics that are being used to demonstrate the differences between the two technologies and trying to convince people that LRT is a second-rate technology, when it’s not is a primary concern.”

At the end of the day, Gill said, “I just hope this project doesn’t get shelved.”

While the city may be growing, changing, and evolving, Gill is fully aware certain public perception of his city still exists.

“I think the stigma is still there,” Gill said.

The city councillor has floated the idea of Surrey adopting its own municipal police force, or at very least, having more of a say in the city’s RCMP’s operations.

“I think that the current conversation out there is have we outgrown the RCMP?” he pondered. “I think it’s time we have that conversation.”

As such, Gill says he has suggested that the city hold a referendum in 12 months on the subject, “then understand what those transition costs may be and what we as a community want to accomplish.”

The big issue for Gill as things currently stand, “is our municipal policing agreement we have with the RCMP is that they dictate and direct the resources, so we have no governance ability – despite it being one-third of our operating budget. ”

When he first proposed the idea earlier this year, Gill said the review and referendum would look at all aspects of the issue. “We need to look at everything from costs and current contracts, to the fundamental issue of whether a city our size should have its own police force.”

While he noted that Surrey RCMP “do a very good job,” Gill also stressed that Surrey is BC’s fastest-growing city “and we need to ask ourselves if we would all be better served in the long run with a made-in Surrey police department?”

If Surrey does continue with RCMP as its police force, Gill would like to see a more localized command centre, “similar to how VPD works.”

On civic pride and the city’s changing image

While the city is not without its issues, Gill believes that generally, things are going in the right direction.

“The old Surrey mentality is gone,” he said. “We have young, bright individuals that have moved to the city, moving there to raise kids and I would suggest that they’re moving to the city by choice. Despite our challenges, I think there’s huge opportunities in business and education that are going to set us apart.”

Gill said one of the things he hopes to accomplish is “really create a new plateau for civic pride for the next decade. The idea is really just to move the previous vision to a new level.”

Doing this, he said, “is very possible and possible to do in the next decade. It’s where I want people to live work and play.”

If elected, Gill would replace the city’s current mayor, Linda Hepner, who is not running for re-election.

Surrey residents head to the polls on Saturday, October 20.

Hear more of what Tom has to say on the latest episode of The Confab Diary podcast.