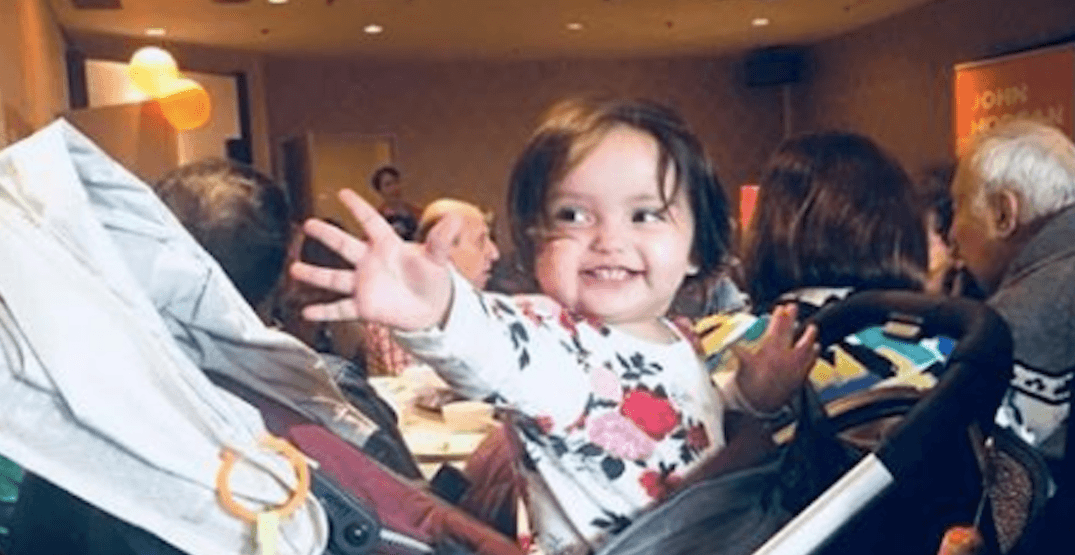 Who is Maya Richards?

That question had people and political pundits scratching their heads this week after her name was included in a Vancouver mayoral election poll.

@quito_maggi where did the name Maya Richards come from?

Who is maya Richards?

There had been no word of campaign kick-offs, no online presence, and no background on the candidate.

Not bad, considering that Richards is a toddler.

Maya Richards name with 1.1% of voter support in this recent poll. (Mainstreet Research)

So how did this happen?

It began earlier this year, when her mom Rory shared a satirical post on Facebook, in which she introduced the 19-month-old as the city’s youngest mayoral candidate, while at the same time, throwing shade at the current state of affairs in the city.

“Whether you’re a whiny 1%’er or a crybaby communist – I speak your language and share your sense of entitlement,” the post reads. “But the tantrums stop here. We must unite for a better Vancouver.’

It adds that “the adult daycare at City Hall has got to end. It’s time to grow up and make room for real babies.”

While the whole thing may be a bit of joke, Vancouverites head to the polls (for real) on October 20.