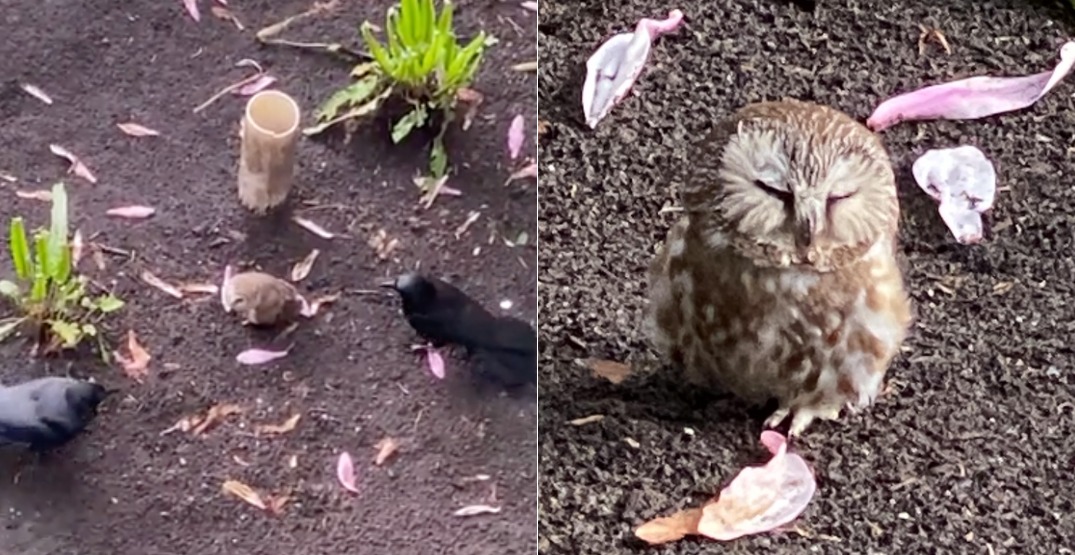 Feathers were ruffled in North Burnaby on the evening of May 9 when a tiny owl had to defend itself against two crows that seemed eager for a fight.

Owl of it was caught on camera. And when the person filming stepped outside, the crows flew away, leaving the little, fluffy bird all alone on the ground.

The person who took the video, Tiffany Akins, says the owl was about the size of her hand. She discovered it embroiled in battle just outside her home near Government Street and Lougheed Highway.

“I was in my kitchen and could hear crows being more obnoxious than usual outside. When I looked, I saw a little owl on the ground being attacked by two big crows, both much larger than the owl,” she told Daily Hive Vancouver in an email sent May 11.

“The crows flew away and then the owl just hung out there.”

She says she called Orphaned Wildlife Rehabilitation Society (OWL), a non-profit that rescues, rehabilitates, and releases raptors based in Delta, to ask about what to do. Staff told her to get a box and put it over the little creature until they could arrive and pick it up, and explained that it looked like an adult Northern Saw-Whet Owl.

But before they arrived, the owl flew away. 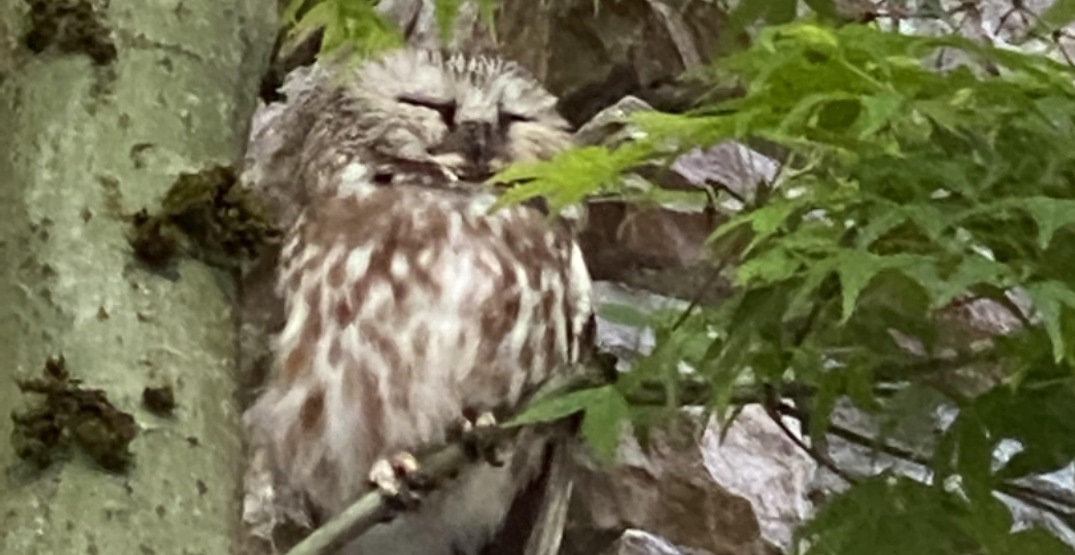 “I was wondering why it was just hanging out on the ground with me, just a few feet away. His right eye was partially closed so he may have been hurt,” said Akins.

However, since he flew away successfully, she hopes he’s healthy and doing well.

Akins is also feeling very fortunate to have seen this species, which she’s never noticed in her area before.

“I felt pretty lucky to see an owl, up close, during the day, in the city. I haven’t seen very many owls in the wild,” she said.

“I saw one person say the owl is on their bucket list to see — so I’m feeling even more lucky to have seen him.”

The Northern Saw-Whet Owl is the most common owl found across most of southern Canada, according to the federal government. They’re highly nocturnal, and they stay fluffy into adulthood. 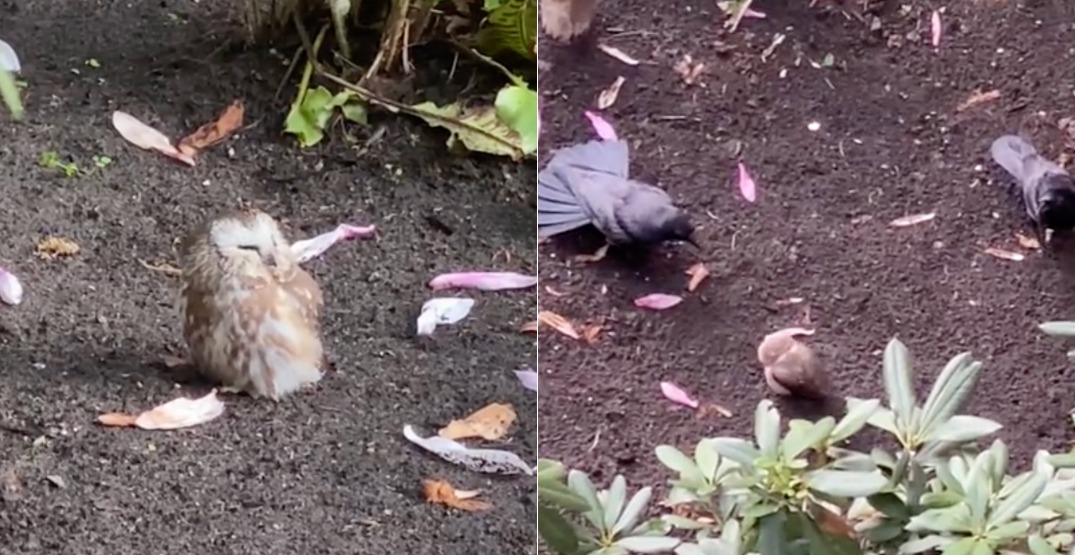 Akins shared footage of the incident on Reddit, and people weighed in through the comments to express their amazement and concern — and to tell jokes.

“Crows did not realize owl’s ability to not having a blind spot,” one commenter said.

Another was worried, adding, “Look closer, the Owl’s right eye appears to be damaged.”

Someone also left an uplifting comment for the owl, saying, “They are so small! Good little fighter.”