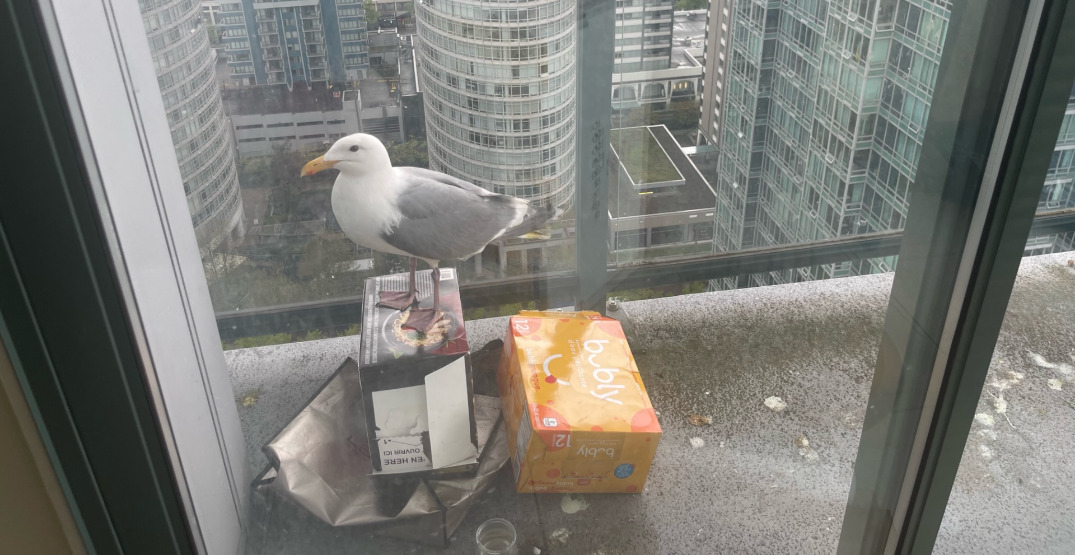 Almost a month after a seagull got stuck on a Vancouver apartment balcony, it seems as though another seagull has found itself in the same predicament.

It’s unclear whether it’s the same seagull or a different one as the seagull wasn’t available for comment.

What is clear, however, is that the seagull is stuck at the exact same Vancouver apartment on the same corner of the building, it’s just a different unit.

A Daily Hive reader emailed us to share the news and they seem to think that it could actually be the same seagull.

“It seems it came back,” she said.

“When I got home yesterday night, it was on the balcony and I thought it would be able to leave if it just tried to take off the length of the balcony instead of the width.”

In the previous story, the problem seemed to be the fact that there was no one home at the unit the seagull was stuck, nor was anyone home on the floors above or below. A window washer eventually ended up rescuing the stranded seagull from the Vancouver apartment.

The reader being home hasn’t seemed to help.

She also thought it would be gone by morning. 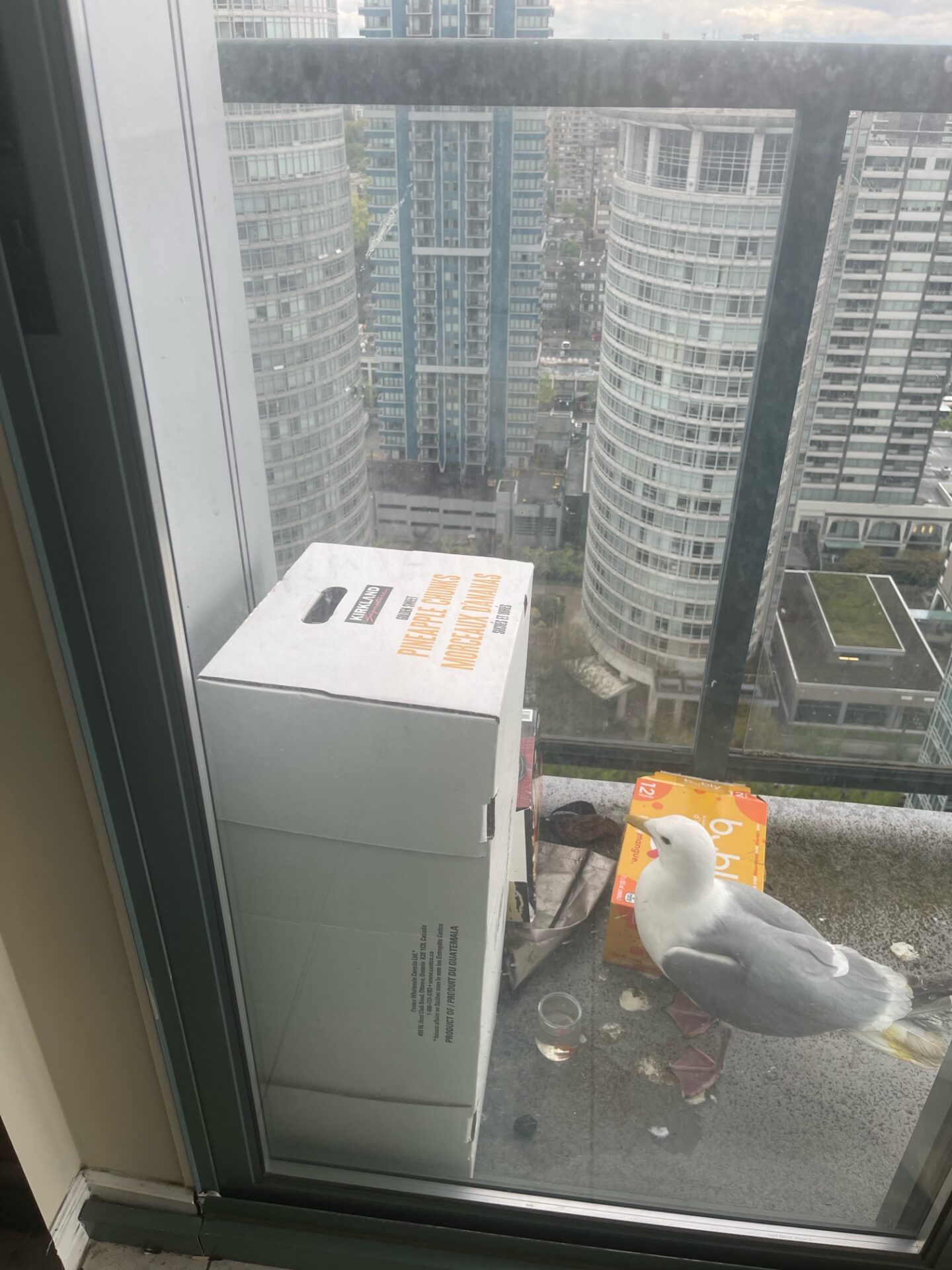 She told Daily Hive that she has contacted the BC SPCA, which suggested that she try and build a ramp for the seagull to use as a launchpad. She also tried to set up some “steps of sorts” to get it higher so it could potentially take off, but she claims that it just won’t move, and it also won’t let her get close to it.

“They directed me to give the bird space and call the Wildlife Rescue Association later if it still won’t fly.”

In the meantime, she has left out some dried fruit and berries for the “poor creature” and also a dish of water. Although, it hasn’t touched that either.

Maybe a brave window washer will step in to save the day again.