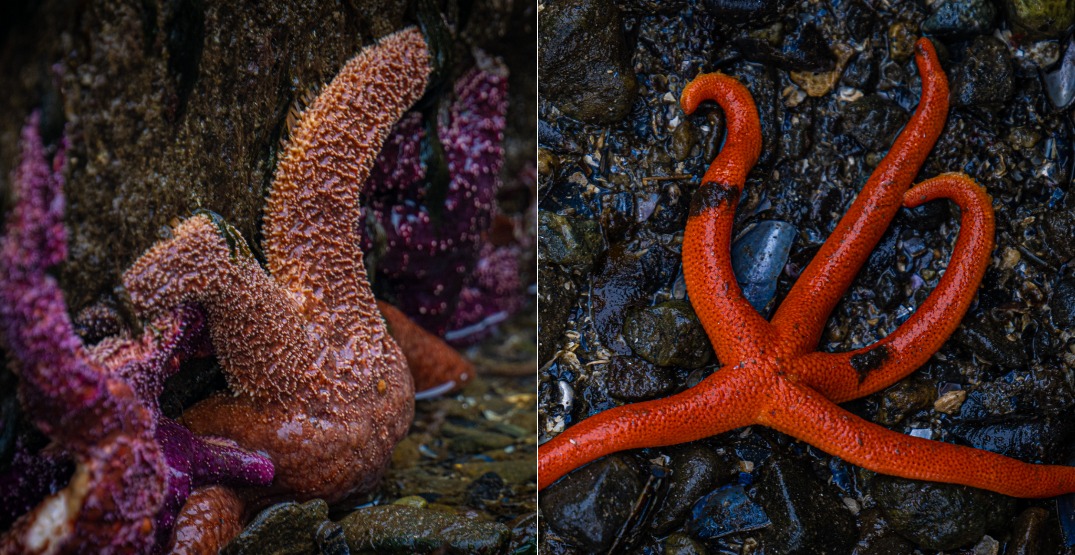 Anyone who lived in BC before our starfish populations were devastated knows the joy of discovering all the different species during low tide.

But there’s still hope! On May 4, one marine life-loving local explored the water under the Lions Gate Bridge in Vancouver and was surprised to discover not just one starfish, but a whole bunch of them close to one another. There were even several species in the mix.

“I was surprised to see so many endangered starfish under Lions Gate Bridge today. I was even more surprised to see different colours,” said the person who posted the photos on Twitter, Mark Teasdale.

He also posted a video of the ochre sea star, saying he hadn’t seen that many of them in the location for years.

Good to see the purple star fish back (Ochre sea star). They are too big for the seagulls to eat and I have not seen so many here for years. I hope to see them making a come back in larger numbers. #StanleyPark #Vancouver #Starfish pic.twitter.com/lbDRsauAlR

“Good to see the purple star fish back,” he said. “They are too big for the seagulls to eat …. I hope to see them making a comeback in larger numbers.” 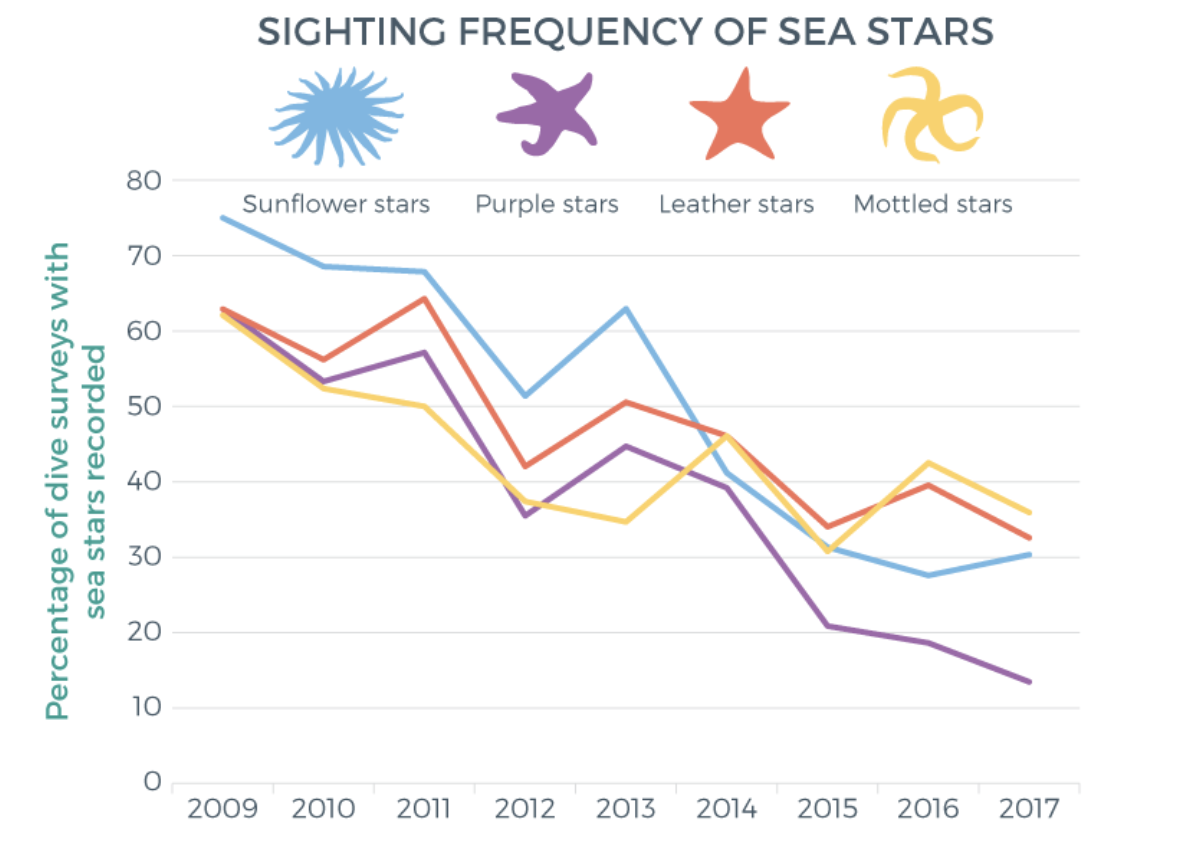 “A widespread sea star mass mortality event spread up and down the west coast of North America in what might be the largest wildlife die-off event in recorded history,” it says.

“At least 20 species are affected, with trickle-down ecological effects at multiple levels of the food web. Despite progress in understanding the causes and consequences of the outbreak, many mysteries remain, and sea star wasting syndrome is ongoing.” 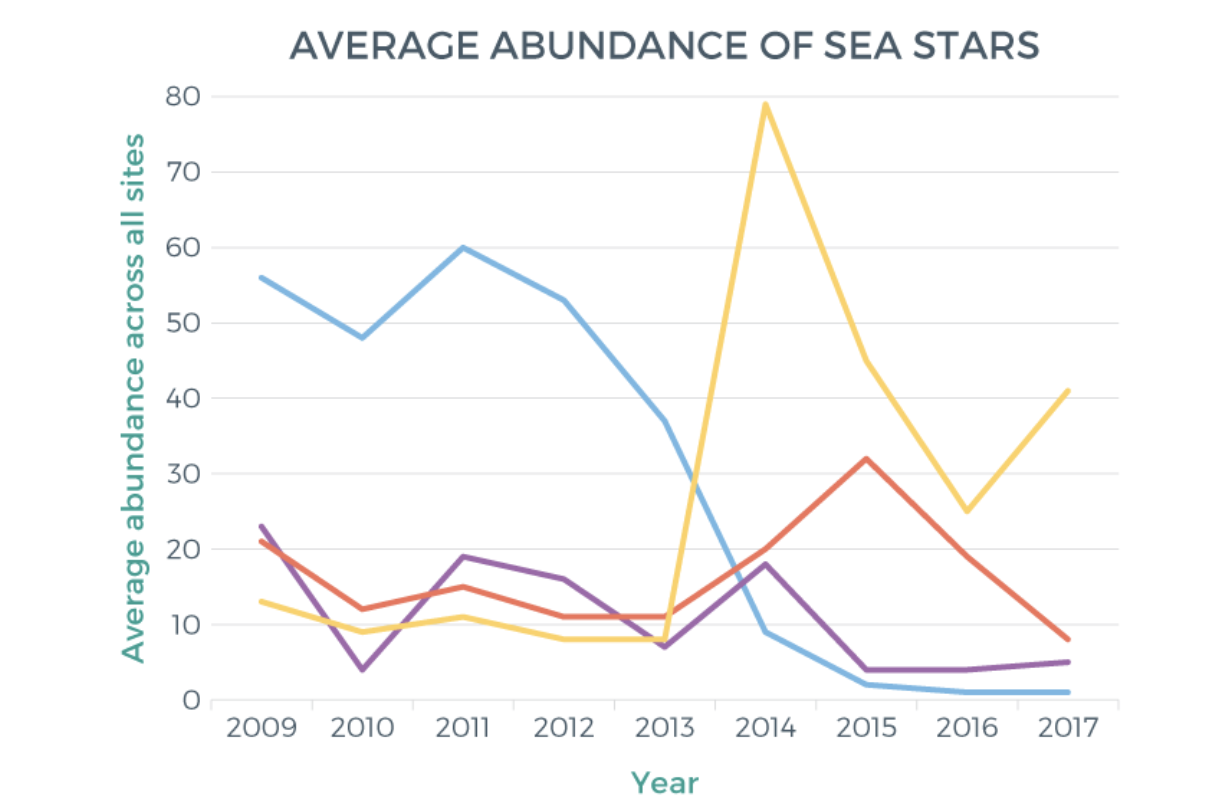 Danny Kent, the curator of the Canadian Waters and Propagation Department at the Vancouver Aquarium, says there are usually only a couple species in any given intertidal zone.

That’s why he was shocked to see three “or maybe four” in the photos shared to Twitter: the Pink Star (potentially), Ochre Star, Leather Star, and Blood Star. 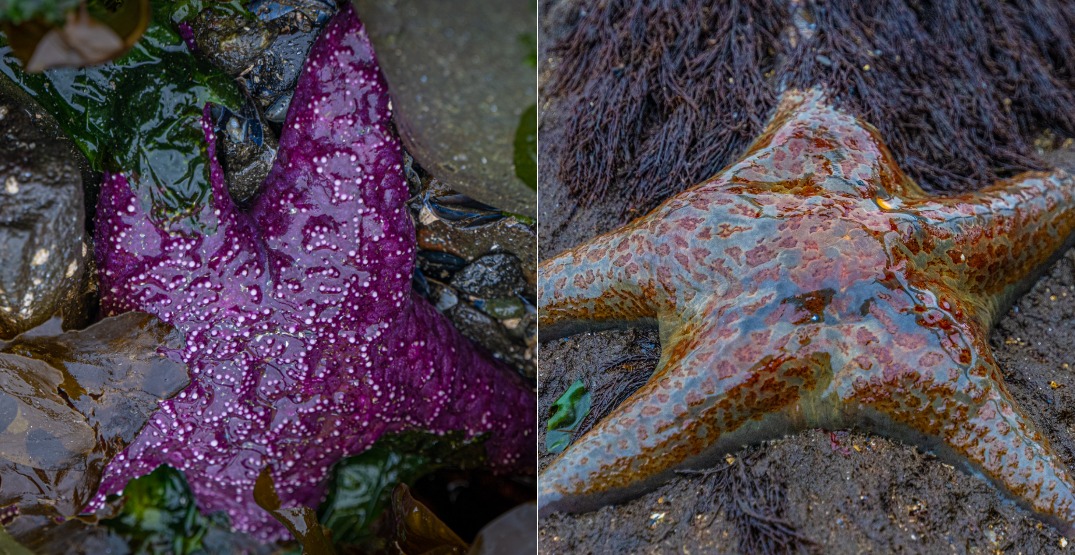 The aquarium keeps a variety of sea stars, and Kent has been working with them for over 30 years, observing and collecting them during dives.

“I know we still occasionally see sunflower stars, but nothing like the numbers we used to see. You used to be able to see hundreds or thousands on a dive, and now you might see the odd one here and there, but I don’t actually know if they’re coming back and recovering or not,” he says.

“We’ve had a nice cold winter, and water temperatures probably play a factor in some of this disease stuff … so that definitely would help. I’m guessing too that the sunflower star was a predator of a lot of other starfish as well, so with it mostly out of the picture, some of these other species might bounce back a little quicker, actually.”

He has seen some smaller sunflower starfish on dives as well, which he says is “encouraging.”

“There was a while there we weren’t seeing any at all, so it may just take a while for them to bounce back. I’m not sure if they’re out of the woods yet,” he says.

Just seeing them in larger numbers is a positive indicator for now, he adds.

If you notice a starfish while you’re out and about, refrain from touching them, Kent advises. It could damage their tube feet if you try to pull them off rocks, and they’re easily stressed out by human contact.