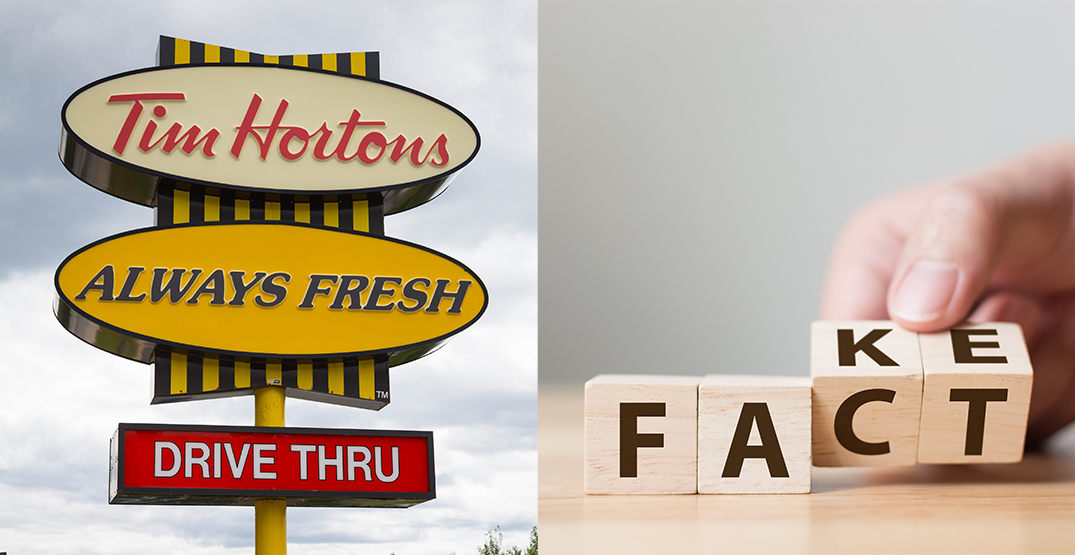 You may be seeing crazy reports about Tim Hortons’ CEO circulating on your social media feeds today.

Social media accounts have been sharing a story with the headline “CEO of Tim Hortons arrested for possession of child pornography.” 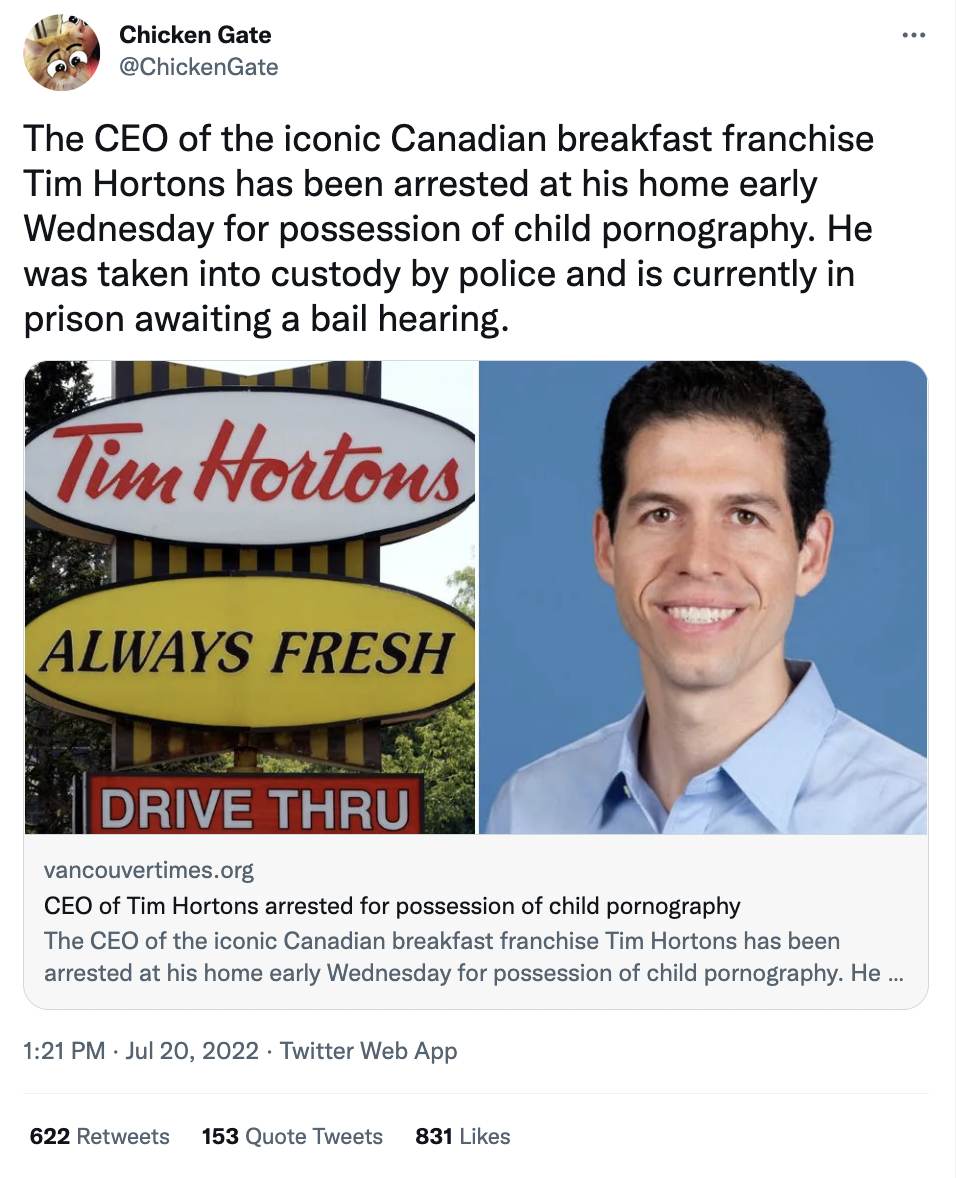 This is, in fact, fake news.

The article is from the Vancouver Times, which describes itself as the “most trusted source for satire on the West Coast.”

“We write satirical stories about issues that affect conservatives,” its bio reads.

Is this the CEO looking at kids?

The Vancouver Times later updated the article on Thursday amid the growing frenzy online, confirming that it is satirical and not factual. The article was then placed under the site’s satire section, saying it would “ease confusion” — seeing as many people were sharing it as actual news.

It comes on the heels of an uproar against the Canadian fast food chain for requiring all of its annual camp day attendees to be vaccinated, which had #BoycottTimHortons trending on Twitter last week.

Canadians who are against these vaccine mandates were quick to use the fake article as more fuel for the fire.

Daily Hive has reached out to Tim Hortons for a statement and will update the story if additional information becomes available.