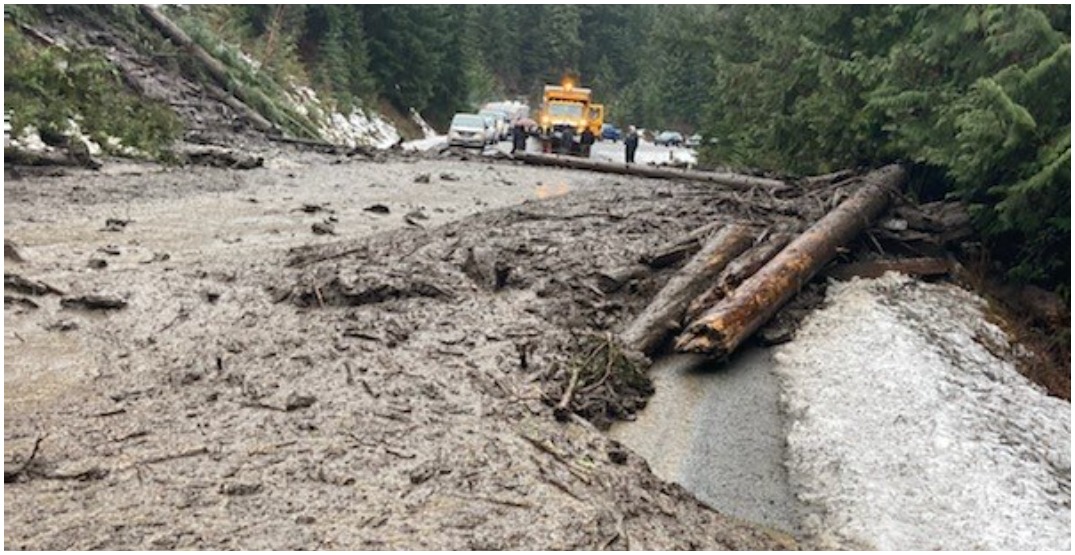 Highway 99 mudslide (BC Ministry of Transportation/Flickr)

There are three outstanding missing persons reports since the deadly mudslide that happened on Highway 99 near Lillooet.

RCMP Sergeant Chris Manseau has told Daily Hive that, “as of yesterday (the most up-to-date information I have) we had received four missing persons reports related to the slide, but no other individuals have been located or recovered to date.”

One woman has been found dead as a result of the slide. 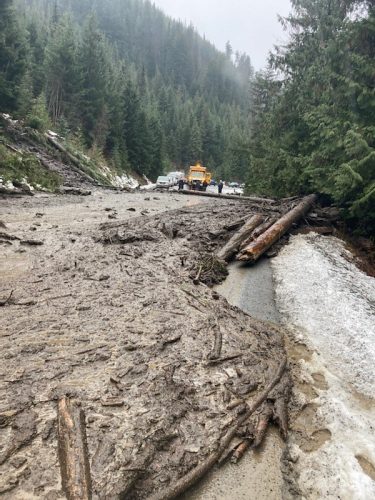 Manseau says RCMP is hoping to provide more information today on any recoveries, should there be any.

On Tuesday, police confirmed that one woman died in the mudslide that crossed Highway 99 on Monday morning.

Earlier this week, RCMP said investigators believe there may have been other occupied vehicles that were lost in the slide.

“We are asking anyone who was a witness to the event or believes their loved one is missing and has not yet been able to make contact with them to contact the Pemberton or Lillooet RCMP Detachments,” Sgt. Janelle Shoihet said.

#BChwy99 near #Lillooet is closed due to a mudslide between Lil’wat Pl and Texas Creek Rd for 44.6 km. Assessment in progress.
Please check https://t.co/NCVlkn102s for updates. pic.twitter.com/UAJcfR9KaH