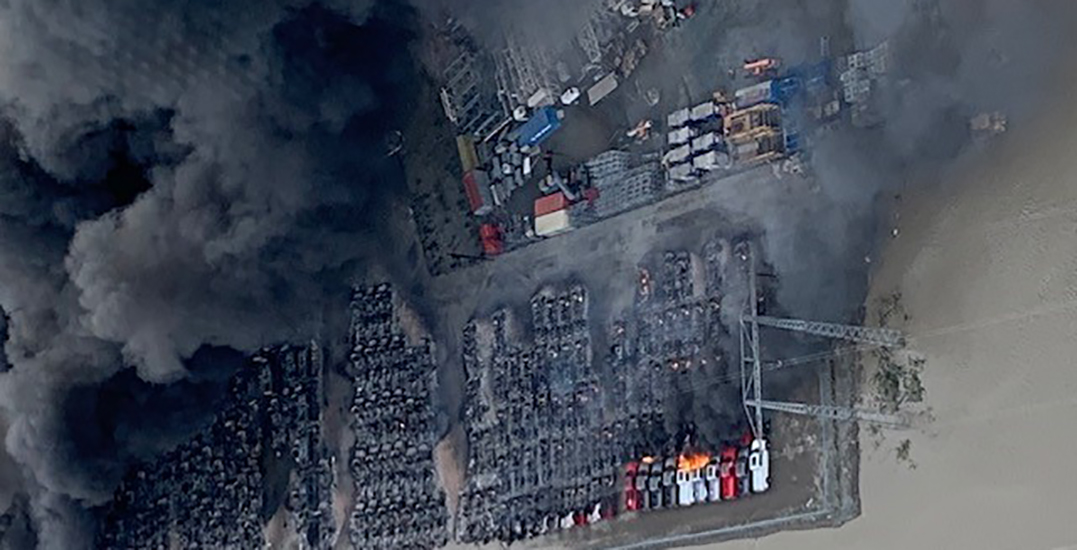 Approximately 200 vehicles were involved in the massive structure fire in Abbotsford that emitted potentially toxic smoke.

The blaze, which was located in the area of Sumas Mountain Road and North Parallel Road, broke out on Wednesday morning sometime after 6 am. Mayor Henry Braun confirmed in the afternoon that the fire broke out at Fraserway RV.

Images shared on social media show the fire engulfing dozens of vehicles, as well as a thick cloud of black smoke emitting in the air. 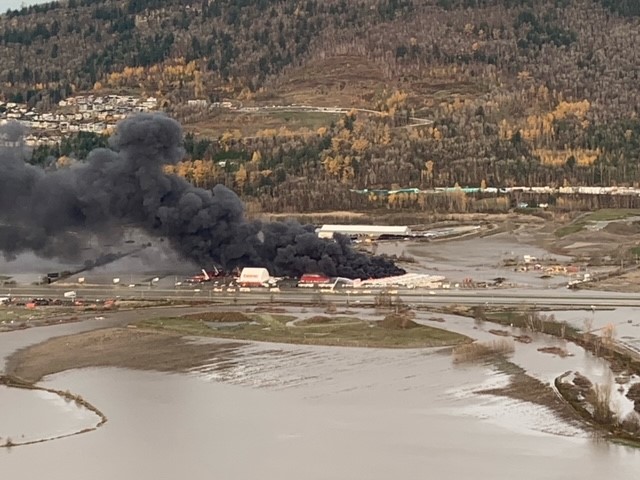 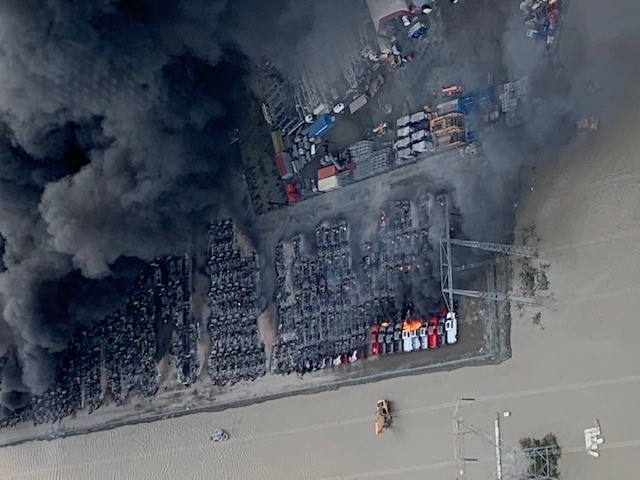 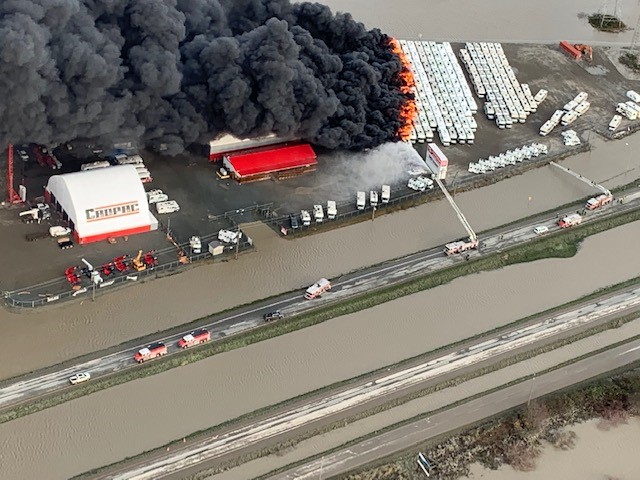 Abbotsford Fire Rescue Chief Darren Lee shared details on the blaze, noting that it was an extremely challenging situation for crews to tackle.

“There were approximately 200 RVs that were involved in the incident and it was definitely a wind-driven incident,” Lee said during an update on Wednesday afternoon. “The column of smoke was definitely noticeable from the Sumas Mountain area. As soon as we were able to, we put out an air quality advisory just to have folks keep their windows and doors closed.”

Another challenging factor, Lee explained, was difficulty accessing the site of the fire due to ongoing floods.

“We had access to the site with the water rescinding, which was great, but with the amount of water in the ditches, it was really challenging,” he says. “So the crews were really creative and used ladder trucks to get across the ditch and stretch hose lines in after they got the fire knocked down with the ladder trucks a bit.”

Yesterday Abbotsford Fire Rescue Service had many access challenges in attacking the large structure fire. Crews on site adapted and utilized their ladder to act as a bridge allowing access to knock the fire down. #teamwork pic.twitter.com/5O9uD5k3C6

Lee says that the RCMP has since taken over the investigation into the fire.