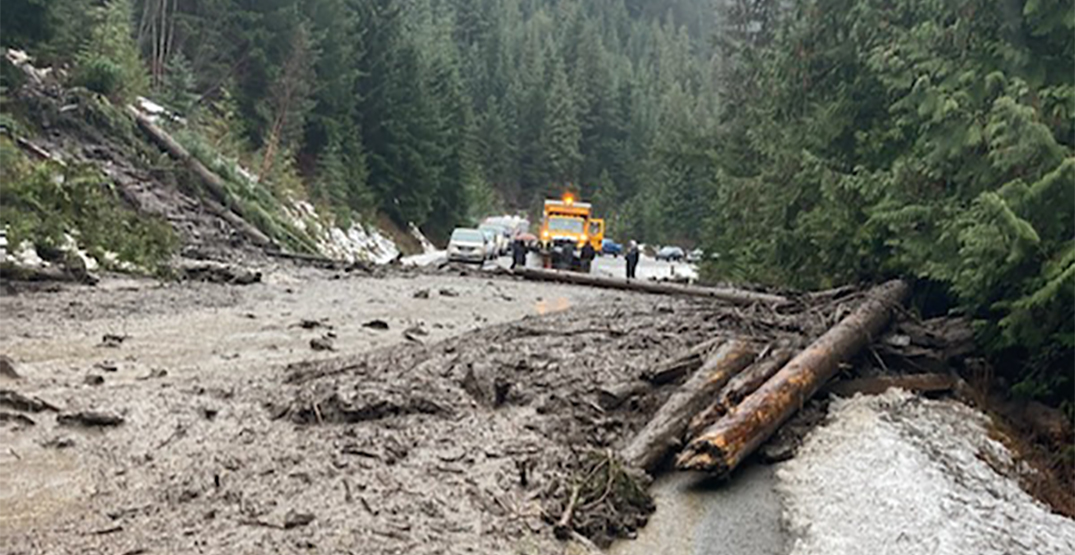 British Columbia recorded its first known death related to the record-breaking weekend storm that caused mudslides and flooding across the province.

Police confirmed Tuesday that one woman died in a mudslide that crossed Highway 99 near Lillooet on Monday morning. Rescuers are still searching the area of other victims.

Police have notified the woman’s family, and the BC Coroners Service will conduct its own investigation into her death.

High winds forced search efforts to pause on Monday evening, but teams went back out on Tuesday.

Police have received another two missing person reports related to the mudslide north of Whistler.

“Investigators … believe there may have been other occupied vehicles that were lost in the slide,” Sgt. Janelle Shoihet said. “We are asking anyone who was a witness to the event or believes their loved one is missing and has not yet been able to make contact with them to contact the Pemberton or Lillooet RCMP Detachments.”

#BChwy99 near #Lillooet is closed due to a mudslide between Lil’wat Pl and Texas Creek Rd for 44.6 km. Assessment in progress.
Please check https://t.co/NCVlkn102s for updates. pic.twitter.com/UAJcfR9KaH