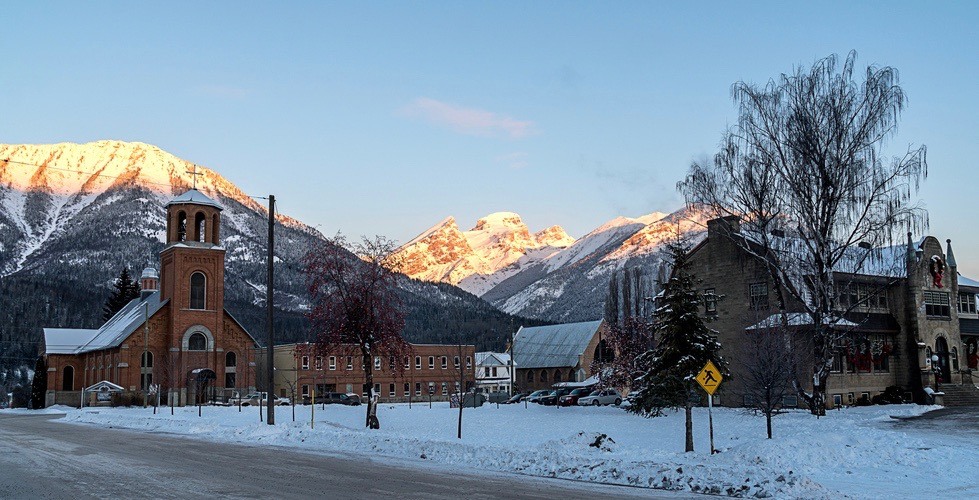 Three people have died in Fernie.

According to a release from the City of Fernie, an ammonia leak at the Fernie Memorial Arena caused three deaths on Tuesday, and the area has since been under evacuation.

The leak-caused evacuation covers a rough box around the arena, from 9th Street  to 13th Street and from Highway 3 to 6th Avenue. Nearby businesses Red Apple, 7-Eleven, and Trinity Lodge are also closed and evacuated. 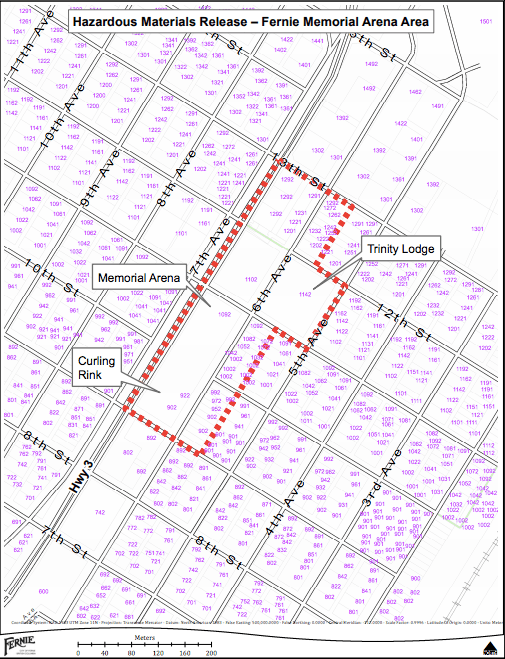 Area of evacuation in Fernie, BC (City of Fernie)

The city has not released the name of the three deceased, stating in a release that: “No further details are available pending identification and notification of next of kin.”

According to the City of Fernie, emergency crews, along with the Hazmat Team CIMCO Refrigeration, are on scene handling the situation.

The city has declared a State of Local Emergency due to the leak, and it will remain in effect until October 24.

According to WorkSafeBC’s Ammonia in Refrigeration Systems, ammonia is commonly used in it’s liquified state as a refrigerant for ice hockey rinks, and evaporates at room temperature.

One litre of liquid ammonia will become 800 litres of gas if left to evaporate, and is severely toxic to humans, causing irritation to the eyes, nose, and lungs.

“Workers who have worked regularly with ammonia have shown decreased ability to detect its odour at concentrations immediately dangerous to life and health,” read the WorkSafeBC guide.

The Fernie Memorial Arena has been open since the early 1960s, according to Tourism Fernie. The rink is the home ice of the Fernie Ghostriders, and offers public skating when the Ghostriders are not playing.

Highway 3 will remain open to traffic during the State of Local Emergency.