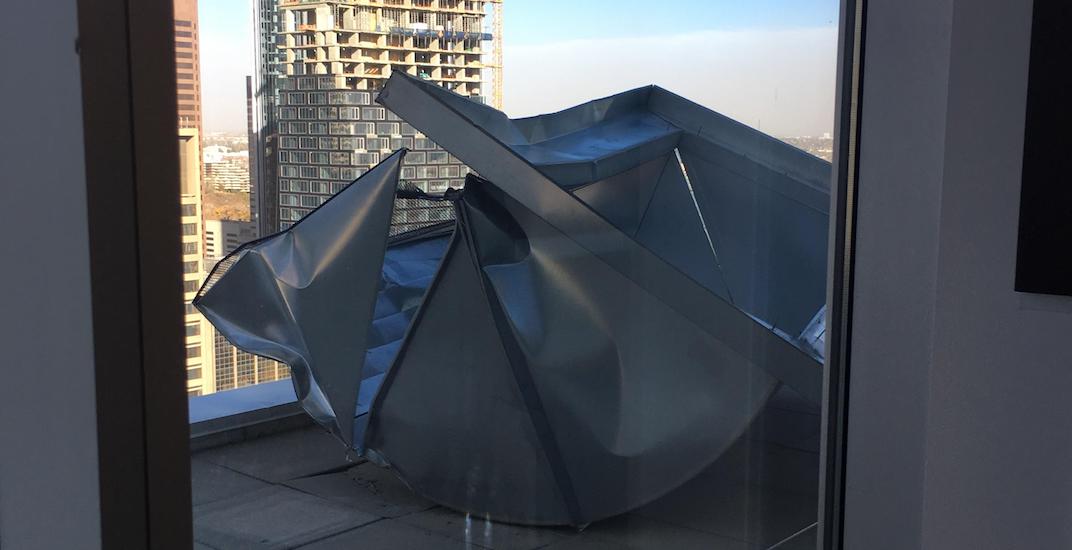 Calgary is no stranger to strong winds… but giant, flying pieces of metal are another story entirely.

After Environment Canada issued a Special Weather Statement this morning for the city of Calgary, warning of high winds up to 130 km/h, it’s no wonder that this would be the day that metal would start falling from the sky.

Where’s Chicken Little when you need him?

The image was captured by suitably named Redditor, ametalfellow, with a warning for fellow Calgarians.

“Be careful and aware downtown! This massive piece of metal from the roof just landed on the ledge outside my office due to the strong winds. Penn West Plaza, 9th Ave and 2nd St SW,” the post read. 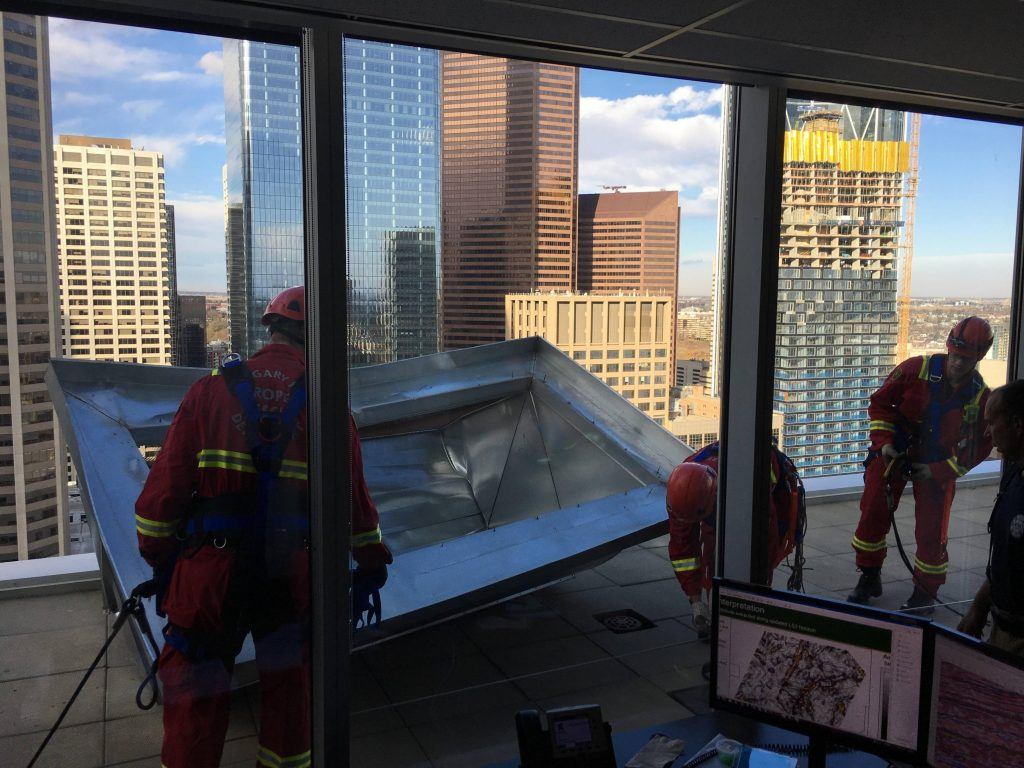 An update was posted showing firefighters on scene handling the situation, but it’s still recommended to keep your head up as you walk through Calgary’s blistery streets today.