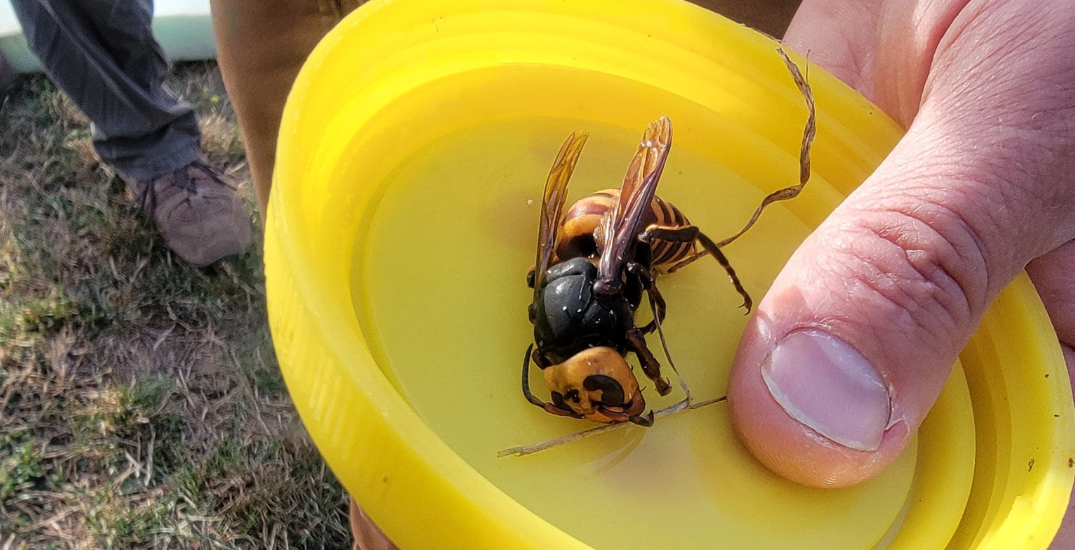 Officials in Washington State have confirmed the discovery of a third nest of Asian giant hornets for 2021.

The nest was found in north Whatcom County, which borders British Columbia, on September 11. The second nest of 2021 was found in the same area just a day earlier.

The Washington State Department of Agriculture (WSDA) said it was hatching a plan to eradicate the nest.

Second 2021 nest is down. A third has been located within the same general area. We are working on plans for eradicating now. More updates to come in the next week. pic.twitter.com/kcbO9CXDCL

The first nest of 2021 was found in late August, roughly half a kilometre from the Canadian border. It contained nearly 1,500 hornets in “various stages” of development.

The WSDA noted that each Asian giant hornet sighting of 2021 has been “within a few miles” of each other in north Whatcom County.

Asian giant hornets are, as the name suggests, the world’s largest hornet. They are not native to North America, and were first detected in the US in 2019.

Also called murder hornets, the insects prey on honey bees and are capable of destroying entire hives in a matter of hours.